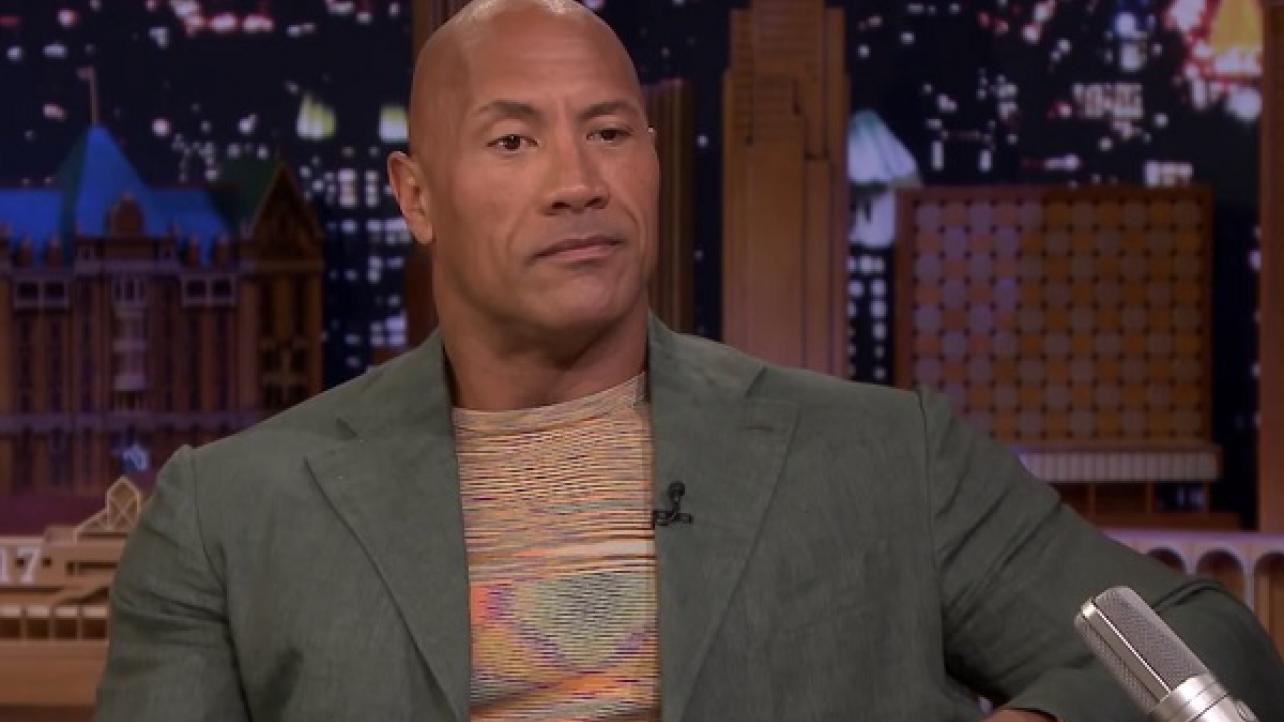 Ahead of today’s premiere of “Fast & Furious Presents: Hobbs & Shaw,” which features Dwayne “The Rock” Johnson, Jason Statham and Roman Reigns, the future WWE Hall Of Famer who has appeared in several of the films in the popular franchise appeared as a guest on “The Tonight Show with Jimmy Fallon” this week to promote the movie.

During his appearance on NBC’s popular late-night talk show, The Rock talks to the former Saturday Night Live cast-member about some of the cameos in the film and how he came up with some of the insults for his co-stars in the movie.

In the first of two videos released via the official YouTube channel for NBC’s “The Tonight Show with Jimmy Fallon,” fans can see some video highlights of the aforementioned content.

The video is titled, Dwayne Johnson’s Eyebrows Confirm Hobbs & Shaw Cameo Rumors. The official description for the video reads: “Dwayne Johnson lets his facial expressions do the talking as Jimmy tries to get him confirm the cameos featured in Fast & Furious Presents: Hobbs & Shaw, and he shares how he wrote some of the insults between him and co-star Jason Statham.”

Check out the first of the two videos of The Rock’s appearance on the show below.

In the second of two videos on the YouTube channel, The Rock talks about his “cheat meals” and discusses his reasons for supporting Hawaiian protesters.

The video is dubbed, Dwayne Johnson Eats Cheat Meals Late at Night and Alone Like a Troll and features the following official description: “Dwayne Johnson breaks down the religious experience of his cheat meals and explains why he’s supporting Hawaiian protesters.”

Check out the second of two videos of “The Great One” appearing on the NBC late night talk-show below.