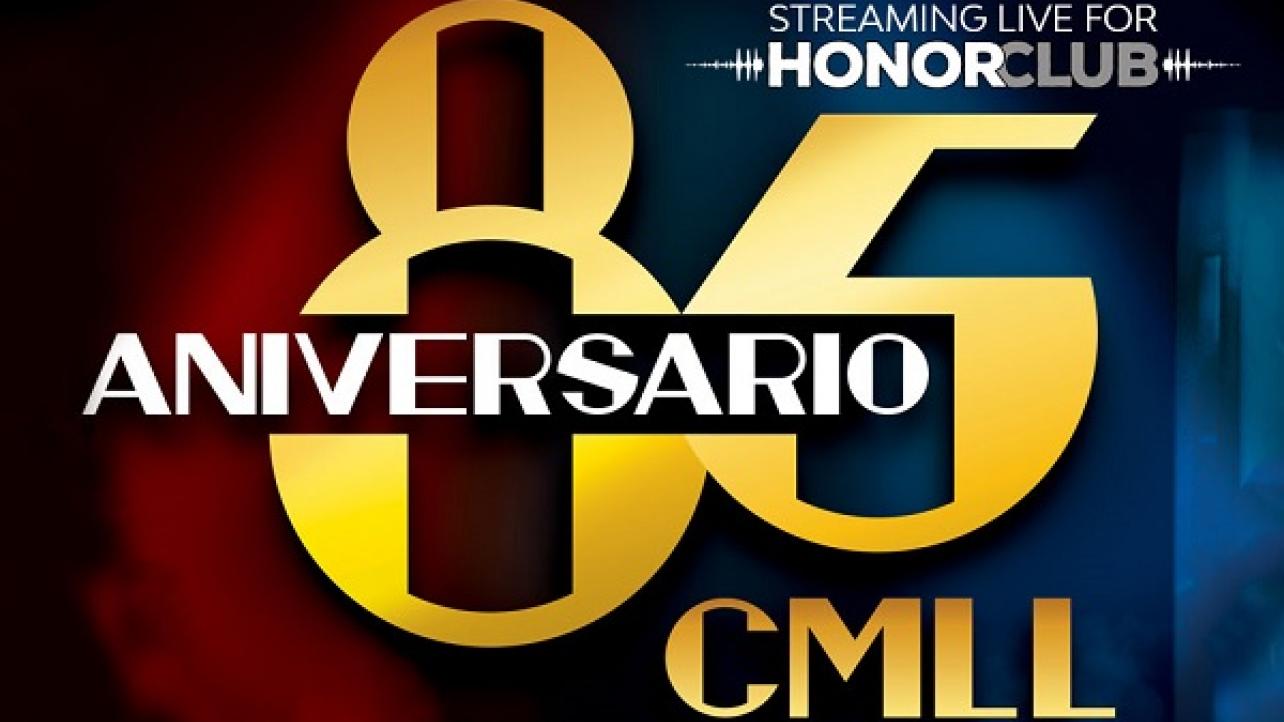 Ring Of Honor (ROH) announced today that they will be streaming the CMLL 85th Anniversary event on Friday via their Honor Club digital subscription service.

CMLL’s 85th Anniversary Show, the lucha libre wrestling company’s biggest event of the year, will stream live and on-demand for all HonorClub members this Friday, Sept. 14.

The show, which features ROH star Matt Taven competing in a “hair match” in the tag team main event, takes place at historic Arena Mexico in Mexico City. The broadcast begins at 8:30 p.m. ET and the action will be called in Spanish by CMLL’s commentary team.

The CMLL anniversary show is the longest-running annual pro wrestling event in the history of the sport. All of the top stars in CMLL will be on the show, including Lucha Brothers — Penta el OM (aka Pentagon Jr.) and King Phoenix — who are coming off an appearance at the ground-breaking “All In” show in Chicago Sept 1 and are two of the hottest stars in the industry. CMLL legends Ultimo Guerrero and L.A. Park will also compete at the event.

Taven will team with Volador Jr. against Rush and Cavernario in a match in which the losing team will have their heads shaved. The Kingdom leader has enjoyed much success in CMLL over the past two years, including the NWA World Historic Welterweight Championship for 126 days.

“The very first time I came [to CMLL], my goal was to wrestle in the main event of the anniversary show where everyone’s watching, the biggest show here in CMLL, that’s where I wanted to be,” Taven said.

ROH and CMLL have been exchanging talent since the two highly respected promotions formed a partnership in 2016.

Please visit ROHHonorClub.com or download the ROH App, available on all Apple and Android devices, to become a member. HonorClub members also receive exclusive pre-sale access to all ROH events, 15% off at ROHProShop.com, and live and on-demand streaming options of ROH PPVs, On Tour events, Ring of Honor Wrestling TV, and more.