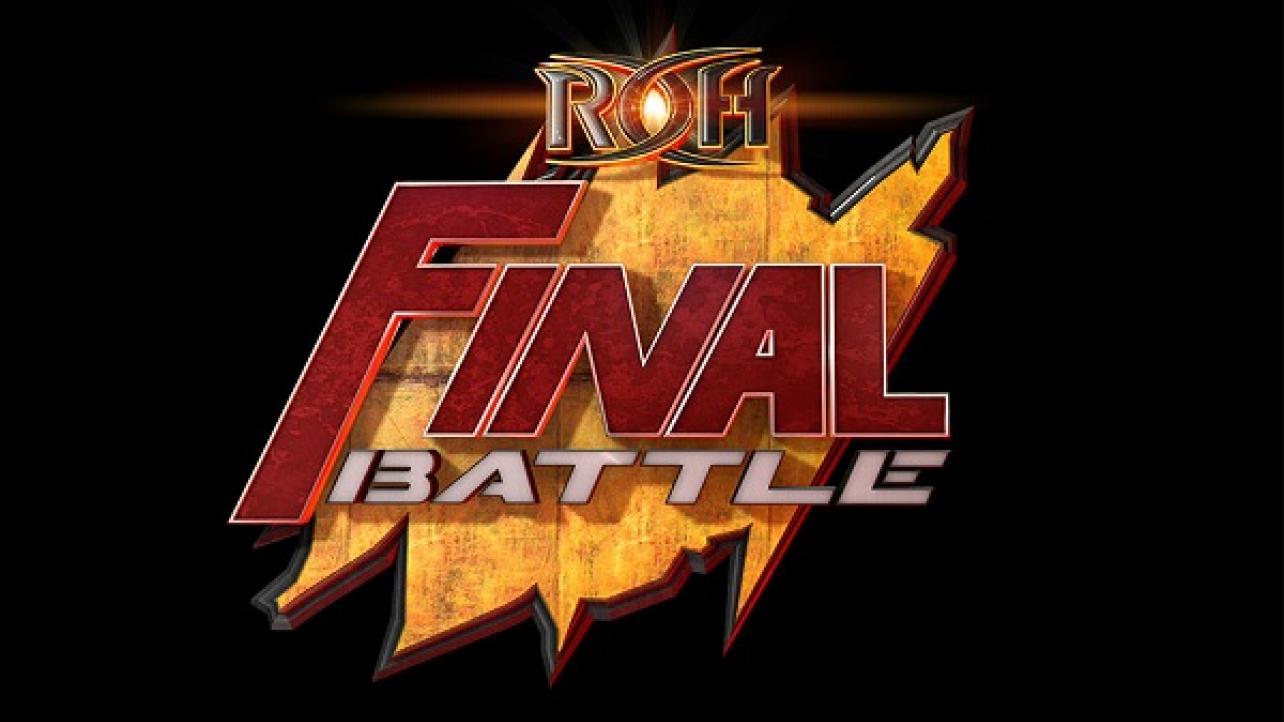 Ring Of Honor (ROH) has confirmed the date and location for their Final Battle 2018 year-end pay-per-view.

ROH: Final Battle 2018 will be going down from the Hammerstein Ballroom in New York City, New York on Friday, December 14th. This year marks the third consecutive year that the venue has hosted the annual ROH PPV.

All roads lead to the G1 Supercard, co-promoted by ROH and New Japan Pro-Wrestling, at sold-out Madison Square Garden on April 6, 2019, and the results at Final Battle undoubtedly will have an impact on the historic show.

Final Battle has been the site of some of ROH’s most memorable matches, including Dalton Castle’s win over Cody last year to become ROH World Champion. Other bouts at Final Battle that are still talked about today include: Austin Aries ending Samoa Joe’s record 645-day reign as ROH World Champion in 2004; Bryan Danielson’s gritty win over Takeshi Morishima in a Fight Without Honor in 2008; brutal battles between Kevin Steen and El Generico in 2010 (Fight Without Honor) and 2012 (Ladder War); and Jay Lethal’s successful defense of the ROH World Title against AJ Styles in 2015.

Don’t miss your chance to witness history by joining us live in New York City for Final Battle!