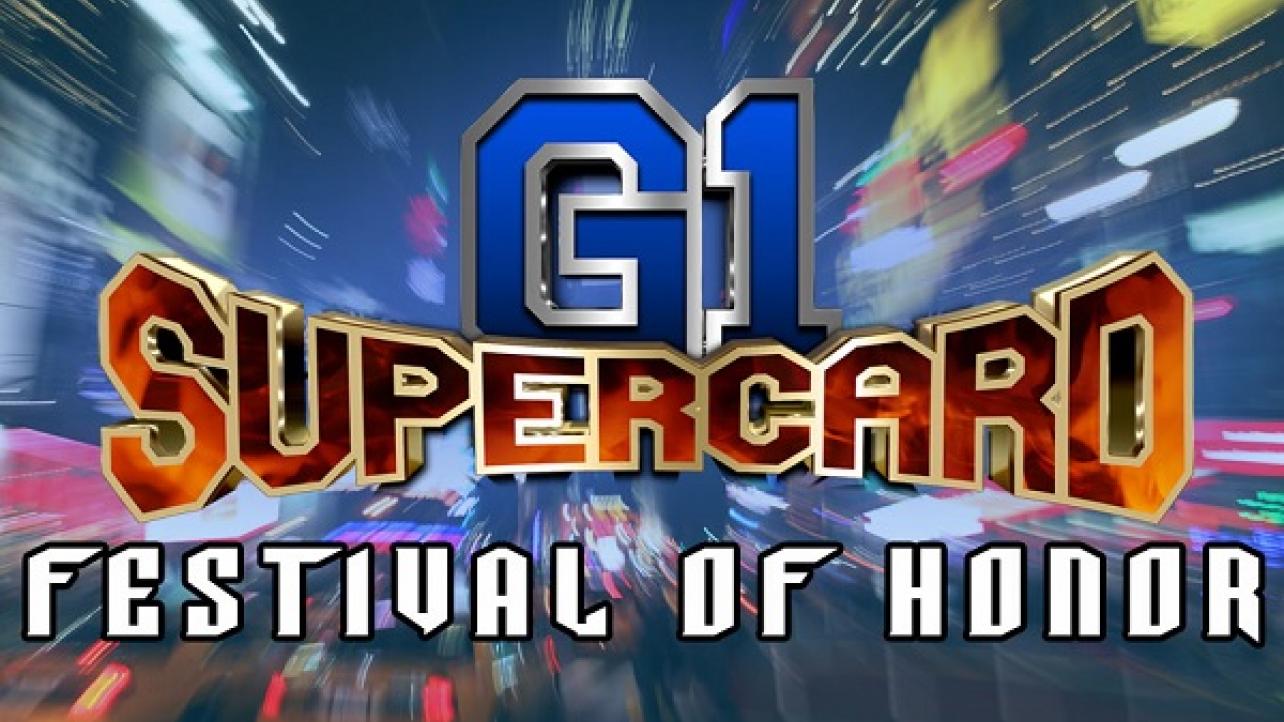 On Thursday, Ring Of Honor (ROH) announced details of their G1 Supercard Festival Of Honor event at the Hulu Theater at Madison Square Garden on Friday, April 5.

Check out the complete announcement from ROHWrestling.com below.

Pro-wrestling fans from around the globe will now be able to engage with their favorite stars from both companies and participate in the celebration of this historic weekend. That’s right — the biggest weekend in ROH and NJPW history just got even bigger!

This once-in-a-lifetime event provides fans with the ultimate ROH/NJPW experience:

Exclusive meet-and-greet sessions and autographed G1 Supercard 8x10s with the top stars of ROH and NJPW.

LIVE Q&A sessions where fans can ask anything to their favorite ROH and NJPW stars!

“An Afternoon with Dalton Castle…and The Boys!”

Lastly, this is the ultimate opportunity to buy exclusive G1 Supercard merchandise before the show! Beat the crowds and wear your official gear when you are #GoingToTheGarden on April 6th!

Admission for the G1 Supercard Festival of Honor is just $39 when you purchase before March 20th which includes access to all festival entertainment, the official G1 Supercard press conference, and a special gift bag with a FREE G1 Supercard hat and lanyard ($30 value). After March 20th, tickets will be $44 and on April 5th, they will be $49. Tickets will be sold separately for the special meet and greet/autograph sessions throughout the day.

The festival begins at 10 a.m. and concludes at 6 p.m., Re-entry WILL be allowed.

Tickets for G1 Supercard Festival of Honor go on sale for HonorClub members on Wednesday, February 13th, 2019 and for the General Public on Friday, February 15th, 2019.

Don’t miss your opportunity to join pro wrestling fans from around the world in being a part of this historic weekend, while creating memories that will last a lifetime!