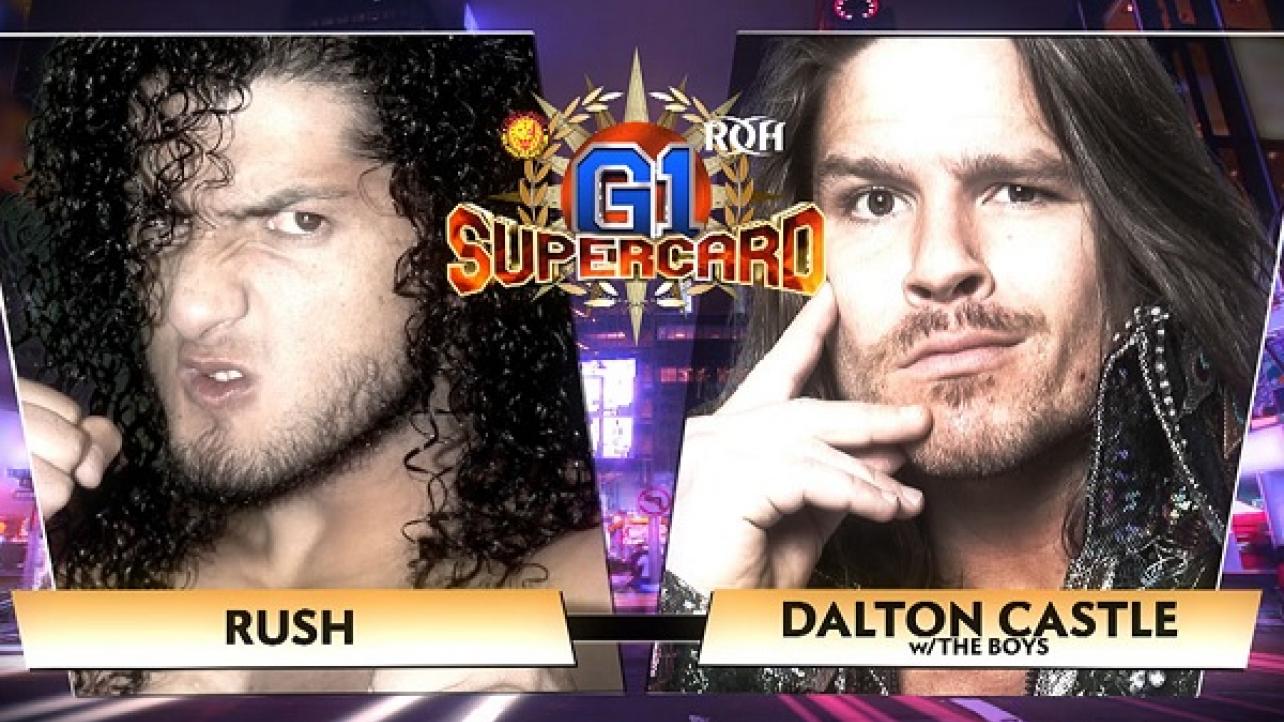 The top stars of Ring of Honor and New Japan Pro-Wrestling converge on Madison Square Garden in New York City on April 6 for the historic G1 Supercard. Under the bright lights and on the grand stage of “The World’s Most Famous Arena,” the best of the best in pro wrestling will do battle.

A big, first-time-ever matchup pitting international star RUSH against Dalton Castle has been made official for G1 Supercard.

Castle issued the challenge to RUSH at ROH’s 17th Anniversary pay-per-view on March 15. The former ROH World Champion sat in on commentary during the RUSH versus Bandido match and approached RUSH in the ring after the CMLL star had defeated Bandido.

“I look at you and I see a challenge,” Castle said. “I see someone I want to smash heads with.”

In typical RUSH fashion, he was dismissive of Castle, but he seemed to accept the challenge. As RUSH exited the ring, he glared at Castle and made a throat-slash gesture.

It’s no secret that RUSH and Castle have been headed in opposite directions as of late. While RUSH has been undefeated since coming to ROH at the end of 2018, Castle has yet to win a singles match in ROH in 2019.

As the losses have mounted, so too has Castle’s frustration. A win over a competitor of RUSH’s magnitude undoubtedly was be a major step in Castle getting back on track.

Can Castle hand RUSH his first loss in ROH? Or will RUSH add a victory over the former ROH World Champion to his impressive resume?