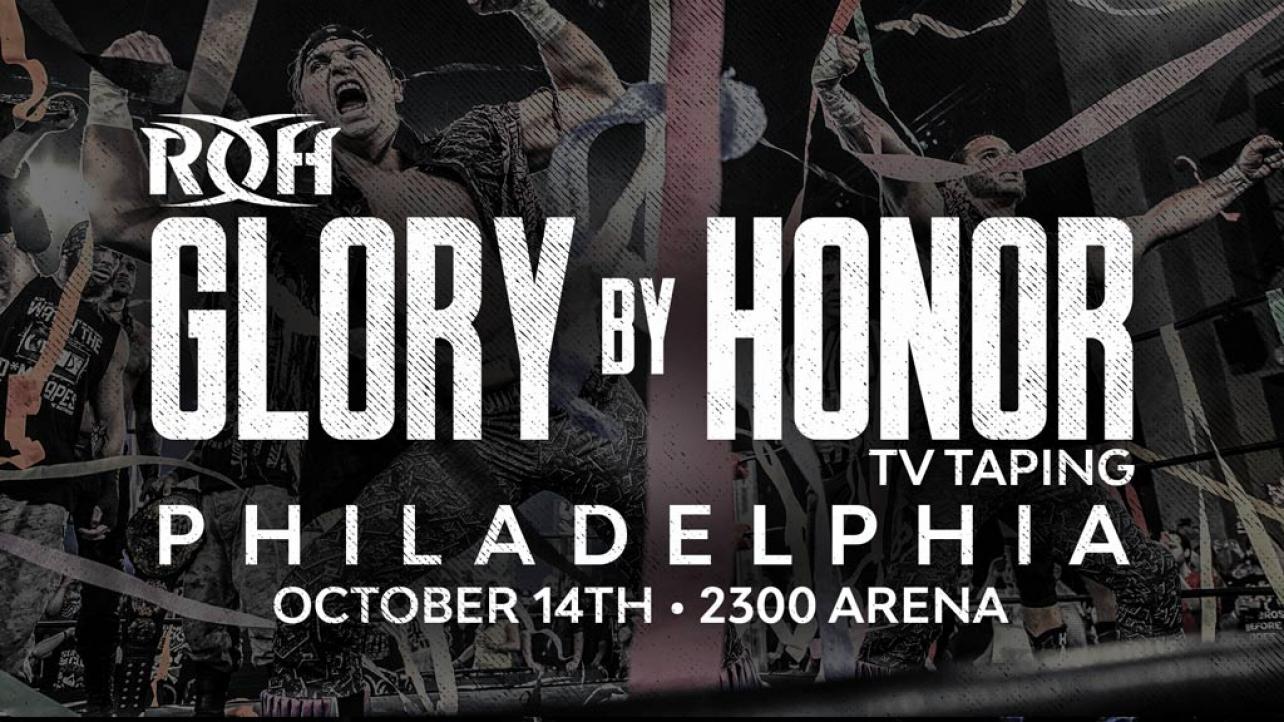 As mentioned last week, ROH Glory by Honor is scheduled to take place on August 20th, as well as the 21st.

Earlier today, Ring of Honor updated their fans on ticket information surrounding the event, in a press release you can see below:

ROH ANNOUNCES TICKET INFORMATION FOR GLORY BY HONOR SHOWS IN PHILADELPHIA
Anticipation is building for Ring of Honor’s Glory By Honor live events on Friday, Aug. 20 and Saturday, Aug. 21 at Philadelphia’s 2300 Arena.
Tickets for ROH’s first appearance in Philly in nearly two years go on sale for HonorClub members this Friday, June 25 at 10 a.m. Eastern Time on ShopHonor.com. If members purchase a ticket for one show, they get the second show free!
Tickets go on sale for the general public on Friday, July 2 at 10 a.m. Eastern Time.
GBH Night 1 is headlined by Flip Gordon challenging for the ROH World Championship, while Night 2 features current ROH World Champion RUSH and Dragon Lee of La Faccion Ingobernable against Bandido and Rey Horus.
Among the stars signed to be in action on both nights are the Briscoes, LFI, Violence Unlimited, The Foundation, EC3 and The OGK.
Keep it locked onto ROHWrestling.com and ROH’s social media channels for more match announcements.
Don’t miss your opportunity to see the hard-hitting, in-your-face action that only ROH can deliver live and in person!
GLORY BY HONOR
NIGHT 1: FRIDAY, AUG. 20
NIGHT 2: SATURDAY, AUG. 21
BELL TIMES: 7 PM ET
2300 ARENA
2300 S SWANSON ST.
PHILADELPHIA, PA 19148