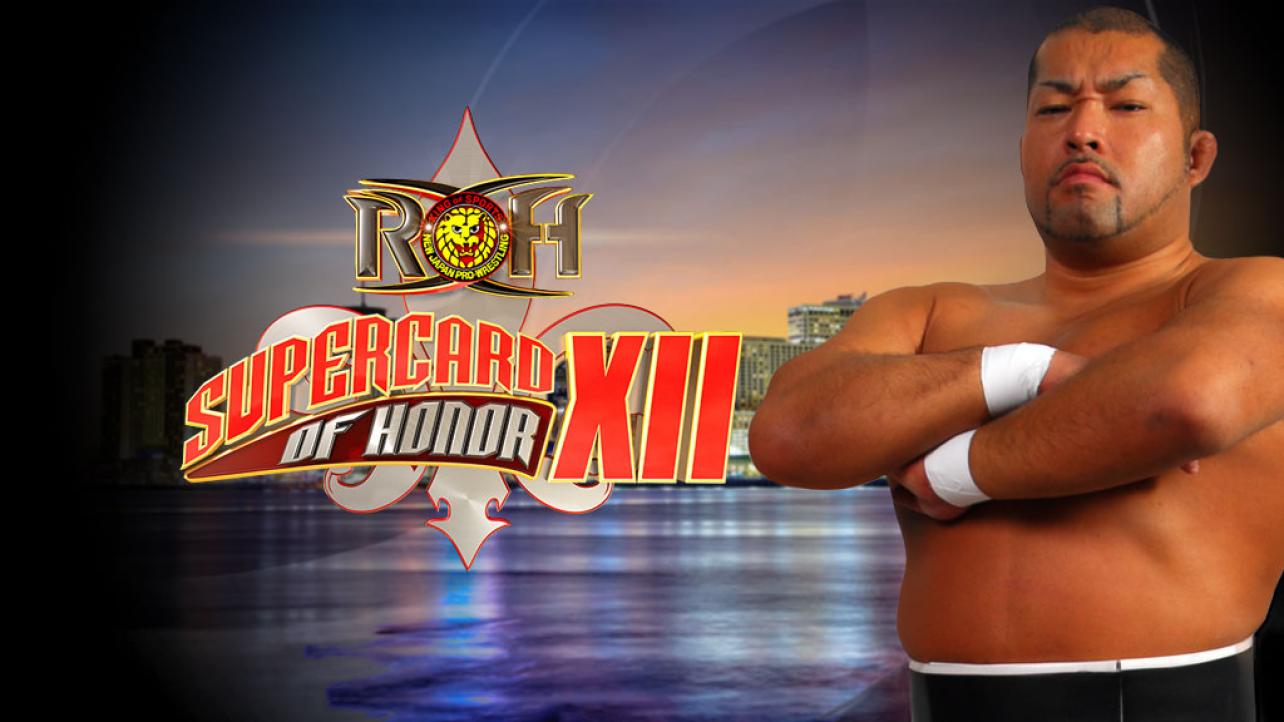 On Monday morning, Ring Of Honor (ROH) announced that Tomohiro Ishii has been added to their upcoming Supercard Of Honor XII event during WrestleMania 34 weekend in New Orleans, Louisiana at the Lakefront Arena.

ROH released the following announcement via their official website at ROHWrestling.com:

Tomohiro Ishii To Compete At Supercard Of Honor

“The Stone Pitbull” Tomohiro Ishii made history in 2016 when he stunned ROH fans watching that year’s Honor Rising Tour on New Japan World and defeated Roderick Strong to become the Ring of Honor World Television Champion!

This victory was the introduction for some to one of New Japan’s hardest-hitting stars but the victory did not shock those who had seen his epic encounters with Katsuyori Shibata, Tomoaki Honma, and Kazuchika Okada!

Ishii has dominated the NEVER Openweight Championship scene, holding the record for most championship wins and most time as champion, and his explosive style led to classic confrontations with Kenny Omega and Tetsuya Naito in 2017!

One of the most decorated and intimidating stars in New Japan history returns to the United States and will compete at Supercard of Honor! Ishii joins Hiroshi Tanahashi, Kota Ibushi, and Kenny Omega as New Japan stars already signed to compete!

The former World Television Champion has so many dream opponents and the speculation among ROH officials has already begun as to who he will face! Ishii never received a World Television Championship rematch – will he get it in New Orleans? Will the former IWGP Heavyweight Tag Team Champion find a partner and challenge the ROH World Tag Team Champions? Or will he call out one of the biggest, baddest brawlers in ROH like Punishment Martinez, Beer City Bruiser, Jay Briscoe, or Shane Taylor?

Keep it locked into ROHWrestling.com to find out!

Supercard of Honor XII will emanate from the UNO Lakefront Arena in New Orleans, LA on Saturday April 7! Like last year’s history-making event, this event will feature high profile stars and very special matches for all of our fans around the world.

Last year’s Supercard was the most attended event in ROH history, when thousands of fans from around the globe descended on Lakeland, Florida. This April, The Best Wrestling on the Planet will shatter that record in the Big Easy! Based on the high demand for recent major events, you will want to act fast to ensure you get the best seats and not get locked out of the action! Don’t miss SUPERCARD OF HONOR XII in New Orleans!

* “THE AMERICAN NIGHTMARE” CODY VS. “THE CLEANER” KENNY OMEGA