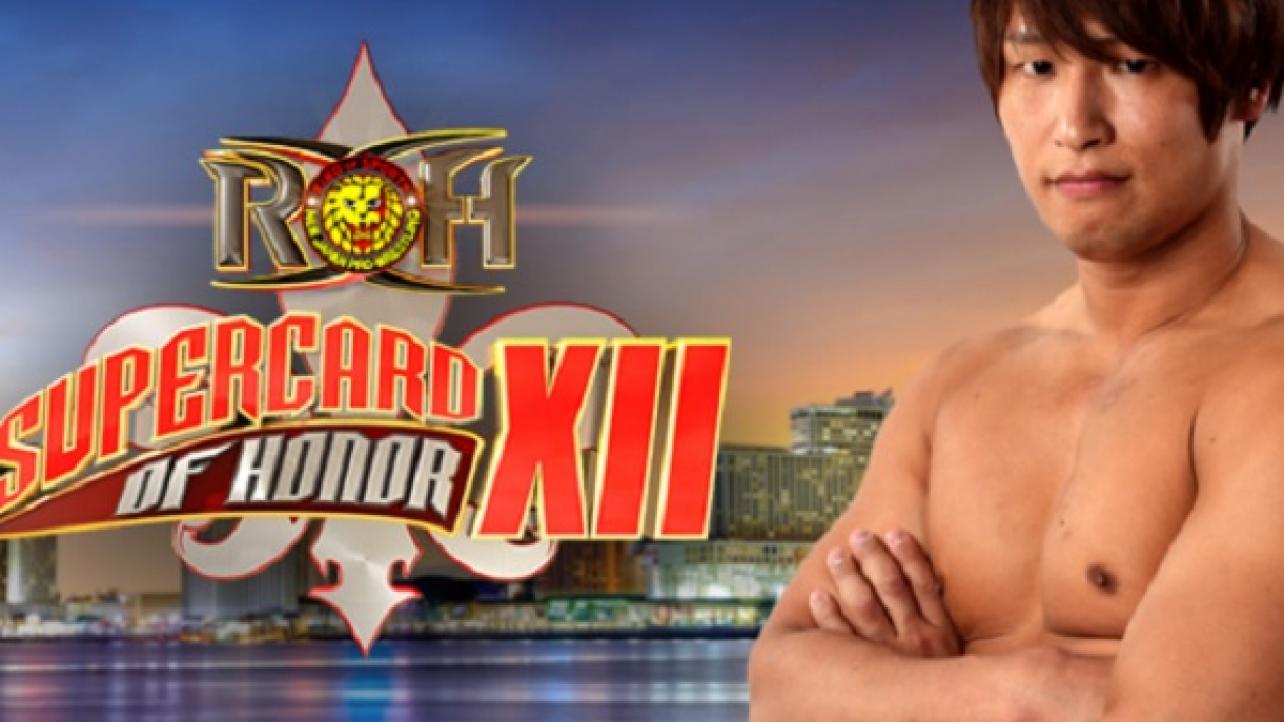 Ring Of Honor (ROH) continues to stack the deck for their upcoming “Supercard Of Honor XII” event, which goes down during WrestleMania 34 weekend in New Orleans on April 7th.

Check out the complete announcement from ROHWrestling.com below.

New Japan Pro-Wrestling superstar Kota Ibushi, regarded as one of the greatest wrestlers in the sport today, will compete at Ring of Honor’s huge Supercard of Honor on April 7 in New Orleans, ROH officials have announced.

Ibushi, a three-time former IWGP Junior Heavyweight Champion, has defeated some of the top names in NJPW over the years, including AJ Styles, Prince Devitt, Tetsuya Naito and KUSHIDA, among others. He is coming off a big victory over former ROH World Champion Cody at Wrestle Kingdom 12 before 43,000 fans in the Tokyo Dome on Jan. 4.

In a 10-man tag match at NJPW’s New Year’s Dash at Tokyo’s Korakuen Hall the following day, Cody was on the winning team and Ibushi on the losing side. After the match, Cody went to attack Ibushi with a chair, but he was stopped by fellow Bullet Club member Kenny Omega, who had held the IWGP Junior Heavyweight Tag Team Championship with Ibushi in 2010-2011. A shoving match between Cody and Omega ensued and they had to be separated by other Bullet Club members.

It has previously been announced that Omega also is signed for Supercard of Honor.

Last year’s Supercard of Honor was the most attended event in ROH history, as thousands of fans from around the globe descended on Lakeland, Fla. ROH looks to supersede 2017’s event in every way possible as it travels to the Big Easy to present the stars of ROH and NJPW. This will be a bigger and better Supercard of Honor as ROH delivers the absolute Best Wrestling on the Planet that ROH fans have come to expect.

There is nothing like seeing the hard-hitting, fast-paced, in-your-face action of ROH LIVE and tickets are already moving fast for Supercard of Honor XII in New Orleans! Do not miss your opportunity to be a part of history and part of Ring of Honor’s largest crowd ever!

Keep it locked into ROHWrestling.com for more talent and match announcements as we get closer to Supercard of Honor XII!