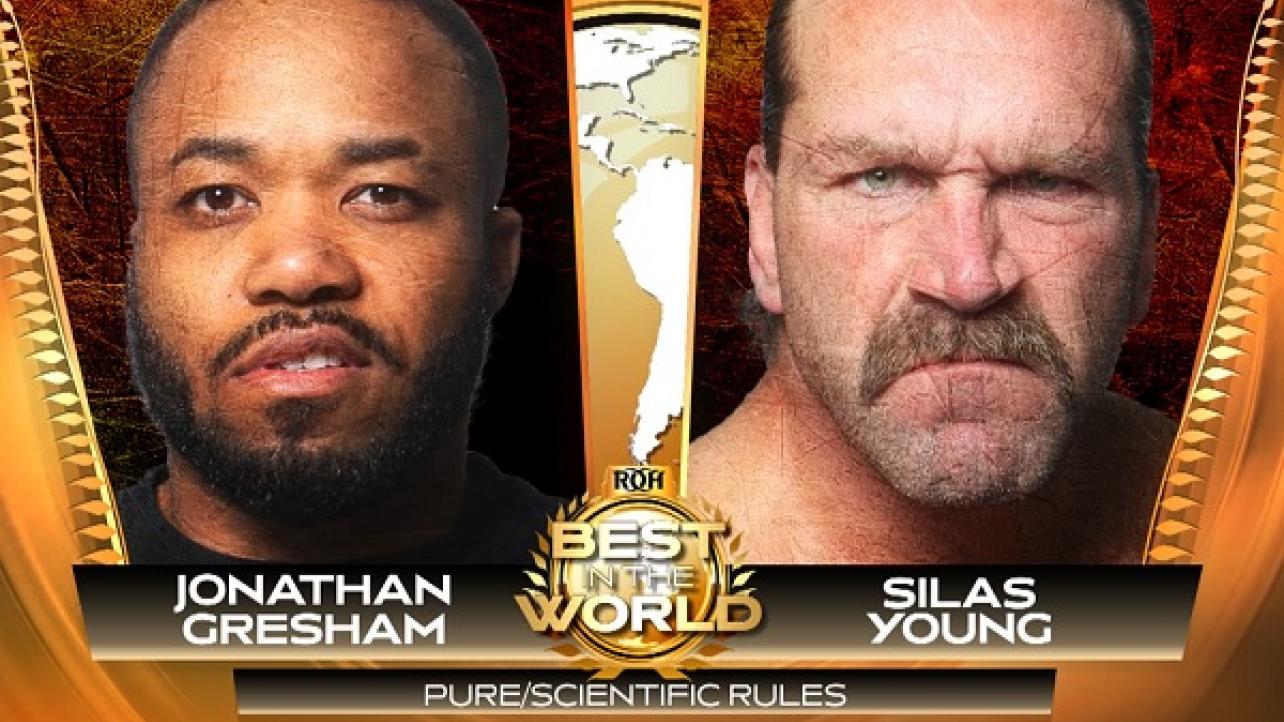 Ring Of Honor (ROH) announced this week that “The Technician Of Honor” SIlas Young, who is the self-proclaimed “Purveyor Of Scientific Wrestling,” will be locking horns with “The Octopus” Jonathan Gresham in a “Pure Rules Match” at the upcoming ROH: Best in the World pay-per-view.

ROH wrote about the rules of the “Pure Rules” stipulation match: “The emphasis is on technical wrestling, and any bending of the rules will not be tolerated by the referee.”

SILAS YOUNG, JONATHAN GRESHAM LOCK UP IN PURE RULES MATCH AT BEST IN THE WORLD

Silas Young, who has been referring to himself as “The Technician of Honor” and claiming to be purveyor of scientific wrestling, will have an opportunity to display his grappling skills against “The Octopus” Jonathan Gresham in a Pure Rules Match at the Best in the World pay-per-view (streaming live for HonorClub) on June 28 in Baltimore.

In a Pure Rules Match, the emphasis is on technical wrestling, and any bending of the rules will not be tolerated by the referee.

Gresham, who is coming off a strong showing in the Best of the Super Juniors tournament in Japan, is legitimately regarded as one of the best technical wrestlers in the sport. Young, on the other hand, while certainly a skilled wrestler in his own right, has obviously been a mockery of scientific wrestling.

In two previous meetings between these two, the self-proclaimed “Last Real Man in Pro Wrestling” scored tainted victories by using a low blow in one contest and a hammer to Gresham’s head in the other.

Can Young silence his critics by winning an actual scientific wrestling contest over a master technician such as Gresham? Or will Gresham prove once and for all that he the superior grappler?

Join us live in Baltimore, on pay-per-view or streaming for HonorClub to find out!