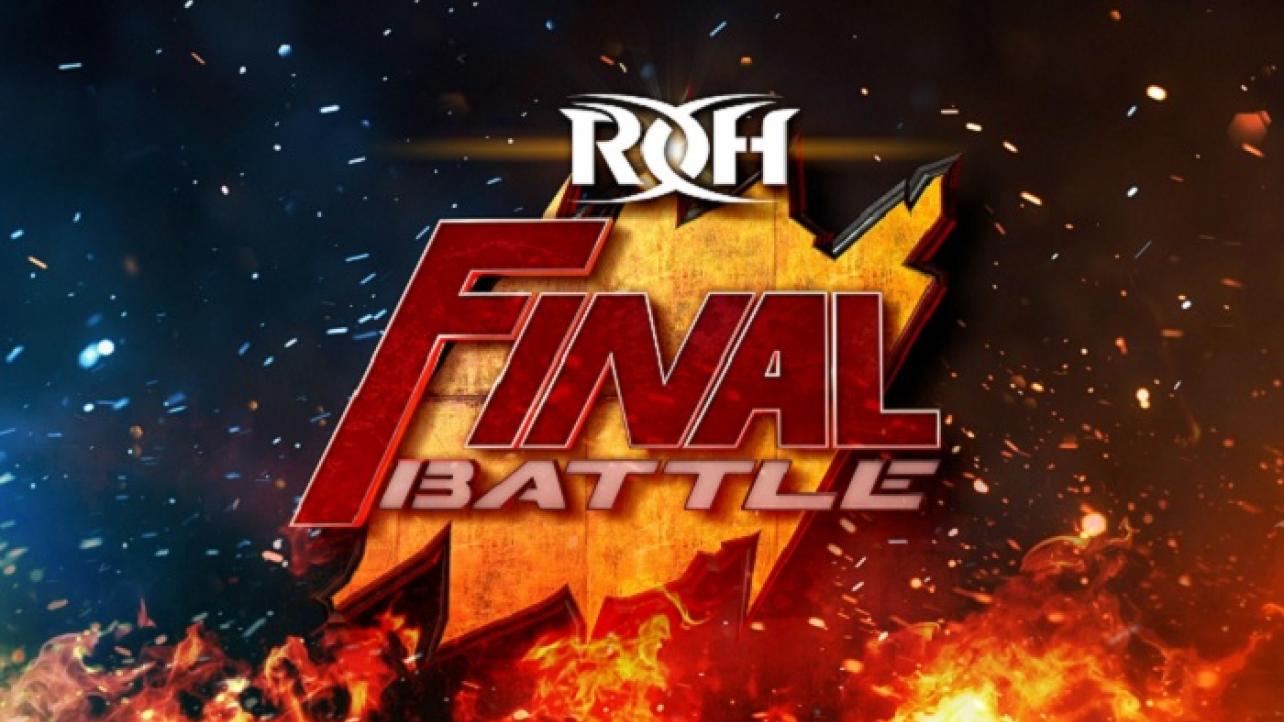 The ticket information has been released for the next Ring Of Honor pay-per-view event.

On Thursday, an announcement was released with details regarding tickets for the upcoming ROH Final Battle 2021 year-end pay-per-view show on December 11 from the Chesapeake Employers Insurance Arena in Baltimore, Maryland.

Tickets go on sale for the general public on Friday, Nov. 5 at 10 a.m. Eastern Time.

Final Battle has been ROH’s biggest annual event since the company’s inception in 2002. Scores will be settled, championships will be decided, and the best wrestlers on the planet will pull out all the stops at Final Battle.

Keep it locked onto ROHWrestling.com and ROH’s social media channels for Final Battle match announcements. Don’t miss your opportunity to see the hard-hitting, in-your-face action that only ROH can deliver live and in person!