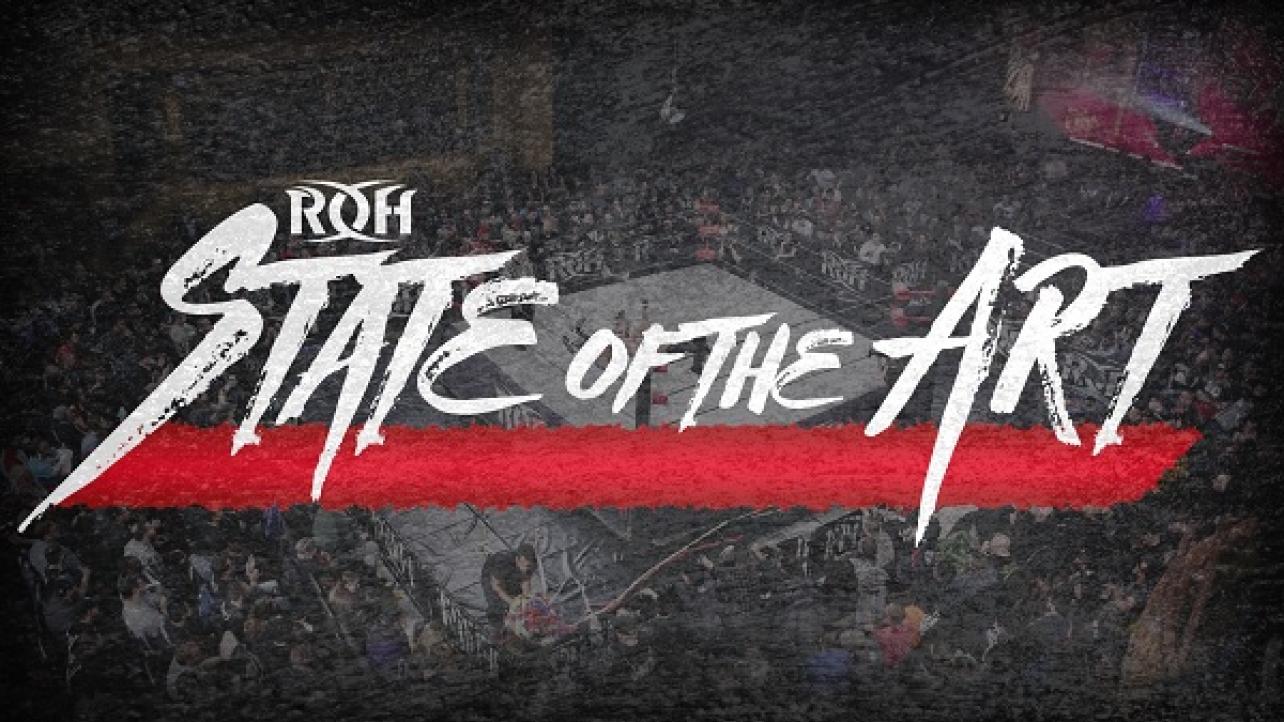 On Wednesday, Ring Of Honor (ROH) released an announcement regarding their Tag Team Gauntlet for a shot at the ROH Tag-Team Championships at their upcoming ROH: State of the Art event on June 2nd in Portland, Oregon.

A future shot at the ROH World Tag Team Titles will be up for grabs when five teams — including one improbable pairing — compete in a gauntlet match at State of the Art in Portland,
Ore., on June 2.

In addition to The Bouncers (Beer City Bruiser and Brawler Milonas), The Kingdom (TK O’Ryan and Vinny Marseglia), Coast 2 Coast (Shaheem Ali and LSG) and the team of ROH World Television Champion Shane Taylor and Silas Young, ROH officials have put together a wild-card team to make the match even more compelling.

The wild-card entry brings together two competitors who certainly have no love lost between them — RUSH and Dalton Castle!

Ever since losing to RUSH in 16 seconds at G1 Supercard at Madison Square Garden last month, Castle has been a loose cannon. The former ROH World Champion attacked The Boys on two occasions and cast them aside, and he also has turned his back on the fans. Castle has been taunting RUSH as well.

Could the combustible duo manage to work together long enough to win the gauntlet match and earn a tag team title shot? Perhaps Taylor and Young will prevail, giving Taylor an opportunity to become a double champion. Or will one of ROH’s established tag teams come out on top?

Join us live in Portland or streaming live for HonorClub to find out!