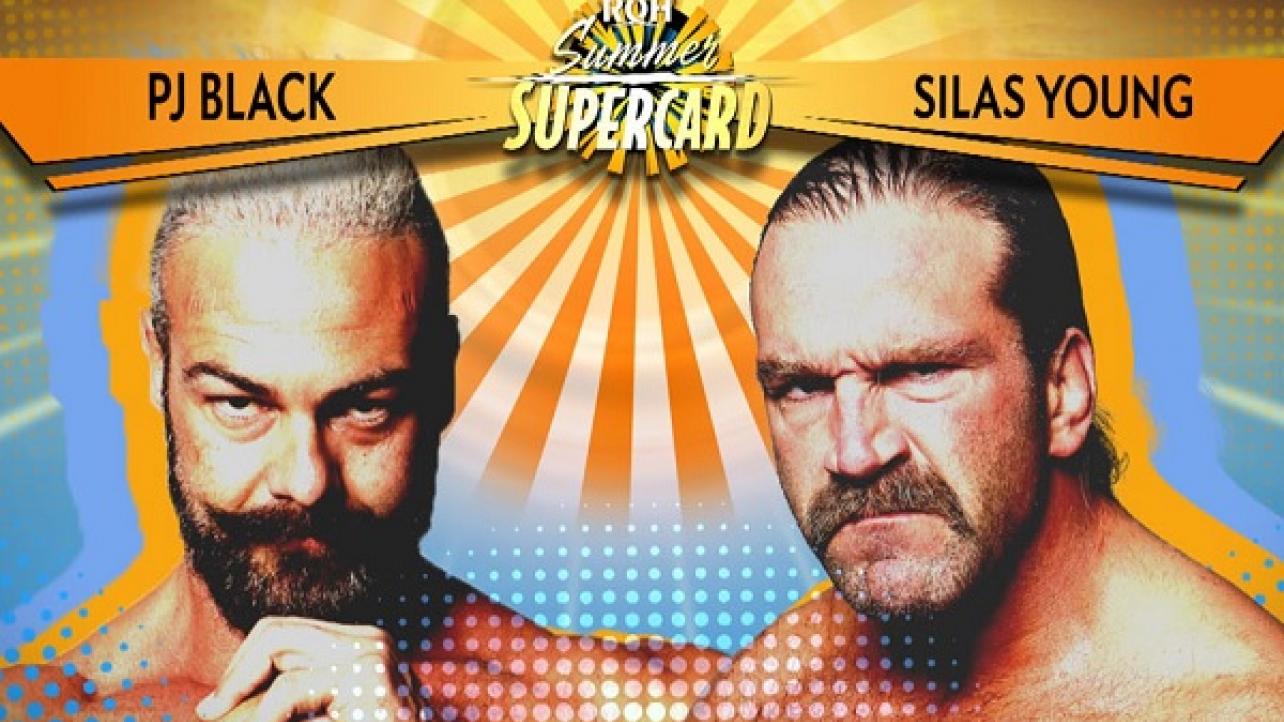 As noted, Ring of Honor added the tag-team match of Villain Enterprise vs. The Kingdom for this Friday’s ROH Summer Supercard 2019 special live event on HONOR CLUB from Toronto, Ontario, Canada this week.

Also confirmed for Friday’s live special is the addition of a new one-on-one contest, as PJ Black will go up against Silas Young in singles competition.

Two competitors with contrasting philosophies will meet again when Silas Young and PJ Black square off at Summer Supercard in Toronto on Aug. 9.

Young, the self-proclaimed “Last Real Man in Pro Wrestling,” has showed time and time again that he will resort to any means necessary to gain a victory. It wasn’t that long that Black took a similar approach.

However, the South African native said several months ago that he had realized the error of his ways and would compete with honor and respect going forward, and he has proven to be a man of his word. “The Darewolf” has even become a close ally of LifeBlood, whose mission statement is to restore honor to Ring of Honor.

In the previous encounter between Young and Black, at Mass Hysteria in Lowell, Mass., a couple weeks ago, Black had the momentum in his favor until Young knocked him off the top rope and he landed split-legged on the top turnbuckle. Young immediately followed up with Misery to secure the victory.

Black has been champing at the bit to get another crack at Young, and his opportunity to even the score will come in Toronto. Which of these veteran stars will come out on top this time? Join us live in person or streaming for HonorClub to find out!

Summer Supercard will feature top wrestlers from ROH, NJPW and CMLL competing for championships and in dream matches. Don’t miss your opportunity to see the hottest show of the summer!

THE ALLURE
THE BOUNCERS

Make sure to check back here at eWrestling.com this Friday evening, or early Saturday morning for complete ROH Summer Supercard 2019 results from Toronto, Ontario, Canada!