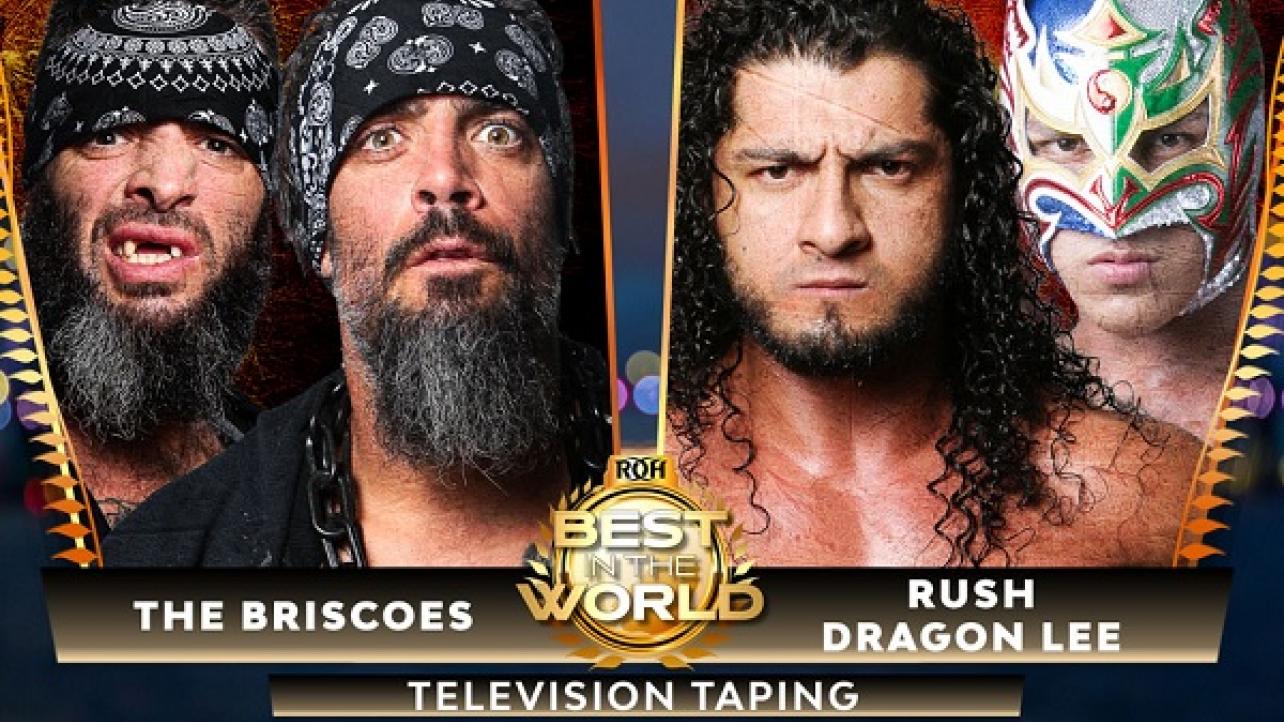 Following their ROH Best In The World pay-per-view in Baltimore, Maryland over the weekend, Ring Of Honor held their post-PPV set of television tapings at the 2300 Arena in Philadelphia, Pennsylvania on Saturday evening.

The fallout from Best in the World took place as ROH held a set of television tapings at the 2300 Arena in Philadelphia, Pennsylvania on Saturday night.

Kenny King was on commentary for this. He cut a promo and insulted Titus (his former tag team partner) after.

Women of Honor World Champion Kelly Klein was on commentary here. Mandy Leon and Velvet Sky were ejected for trying to interfere and help Love. For the finish, Steelz hit an Ace Crusher and pinned Grey.

Maria Manic appeared after the match. Love bailed, then Manic laid out members of the ring crew when they tried to separate her and Steelz.

The Bouncers picked up the win after hitting Closing Time on O’Ryan. Following the match, Taven hit the Climax on Lethal on the floor.

Drake cut a post-match promo and said that he wants the NWA Worlds Heavyweight Championship. NWA Champion Nick Aldis was on commentary for the match.

King tried to use one of Amy Rose’s shoes as a weapon, but Gresham stopped him, hit him with it, and then pinned King while holding onto his tights.

– A promo by Lethal built up his match for Taven’s World Championship at ROH’s Manhattan Mayhem TV tapings in New York City on July 20. Taven said Lethal choked at G1 Supercard, and Taven called himself the face of ROH.

Alex Shelley made his return and said he wants a shot against the winner of Taven vs. Lethal.

Cabana was doing an interview about his injury when he was interrupted by Storm, who wanted his five more minutes after their last match against each other ended in a 15-minute time-limit draw. Cabana initially refused due to being injured, but he then accepted the match after Storm attacked him.

Storm submitted Cabana with a half crab.

Young told Woods that he hasn’t done anything in his two years in ROH and no one respects him. Young then won immediately after a low blow.

Rivera countered a sunset flip to get the win. This was Sakai’s return to the ring after suffering a broken orbital bone in April.

This was said to be a wild match. Rush hit the Bull’s Horns dropkick on Jay Briscoe to win it.

Before the match, Scurll again introduced Flip Gordon as the newest member of Villain Enterprises and said he was giving Gordon the night off from in-ring action.

This was said to be another chaotic match, with Bandido putting Scurll through a table to get the win for LifeBlood. Williams closed the tapings by thanking everyone for coming to the show.