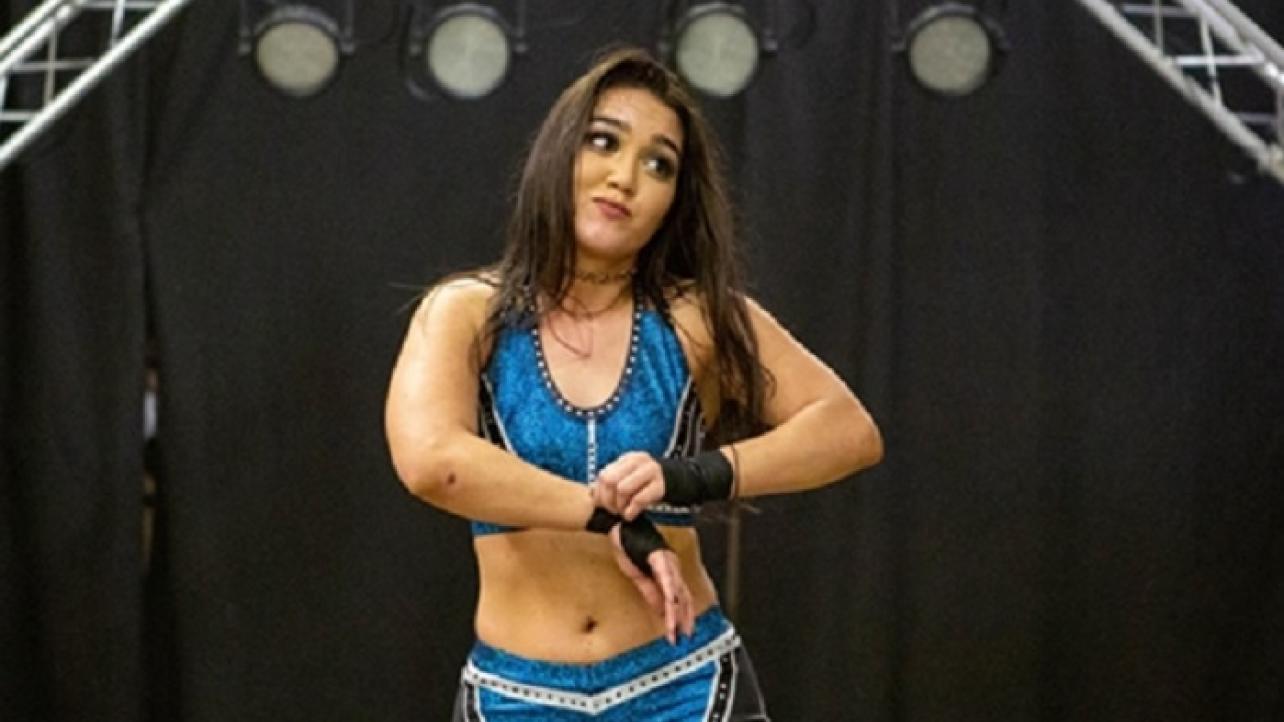 During the discussion, the women’s wrestling star spoke about signing with Ring Of Honor, the #SpeakingOut movement and more.

On her decision to sign with Ring of Honor: “So honestly, when I first realized I wanted to be a wrestler, I didn’t think that I would do as much as I did before. How do I say it? WWE was kind of like my dream, you know? I mean it kind of still — I feel like everybody that’s wrestling was like, ‘Oh! WWE,’ but then I kind of, as I was going, I fell in love with the craft and I saw Ring of Honor and I saw Japan, I saw STARDOM. I saw all these different places and I was like, ‘I wanna do everything…’ I can do that, and Ring of Honor, like I said, they were so welcoming and just being there, I just knew that I was happy there and I knew that I’d be happy in the long run as well and I feel like right now, I just — I wanna do so much in Ring of Honor before I do anything else and so, yeah. I can’t wait. I can’t wait.”

On how she has been received well and welcomed by everybody in ROH and doesn’t have to walk on eggshells: “The atmosphere is so great there. It never feels like you’re walking on eggshells and the first time that I went to Ring of Honor, that’s pretty scary. You’re going into a major company not really knowing what to expect, not really knowing anyone. The first time I went and I met Maria [Kanellis-Bennett], she was, oh my God, she’s amazing. I remember the first thing she told me was like, ‘Don’t be nervous. Treat this like this is your home. Everybody’s very welcoming here’ and that made me feel so much better, especially because it was like all those things combined and then also like, just being so nervous just by being at Ring of Honor. So yeah, she made it so welcoming and so did everybody else and I love being there. Every time I’ve gone there, same thing I said about Reality of Wrestling, everybody’s just so supportive and everybody’s so awesome and it’s just great there.”

On it being a hard decision to share her story during the #SpeakingOut movement: “It was definitely hard [to speak out] but I kind of had to just think about it like, okay, I have younger sisters and I’ve met so many younger people in this business that are kind of like starting up but are younger than me and that are kind of inspired by me and I just felt that I wouldn’t be doing the right thing if I just kind of like stayed quiet knowing that these younger girls were coming in and could possibly deal with something like that. So yeah, but I’ve definitely seen a change. You know, we see with the Ring of Honor women’s division has started back up and Maria [Kanellis-Bennett] is in charge of that and that’s so amazing just because you never really see women in power in wrestling, and I think it’s so important for the women to have that because the [man’s] brain doesn’t work the way the woman’s brain works, you know? To kind of have that insight from a woman’s perspective is so different and I don’t think that many people kind of realize that but, we even have Mickie James and she just did NWA EmPowerrr which was amazing and it’s just so crazy to see all these things happen because like I said, for so many years, you just saw a load of male wrestlers and like three women’s wrestlers and then you saw all these [men] in power and you never saw a woman in power and I just think that wrestling, especially women’s wrestling is at the forefront right now and it’s on fire and so that just makes me so happy for the younger generations to come in and just do their thing.”

Check out the complete interview below, or at POST Wrestling.