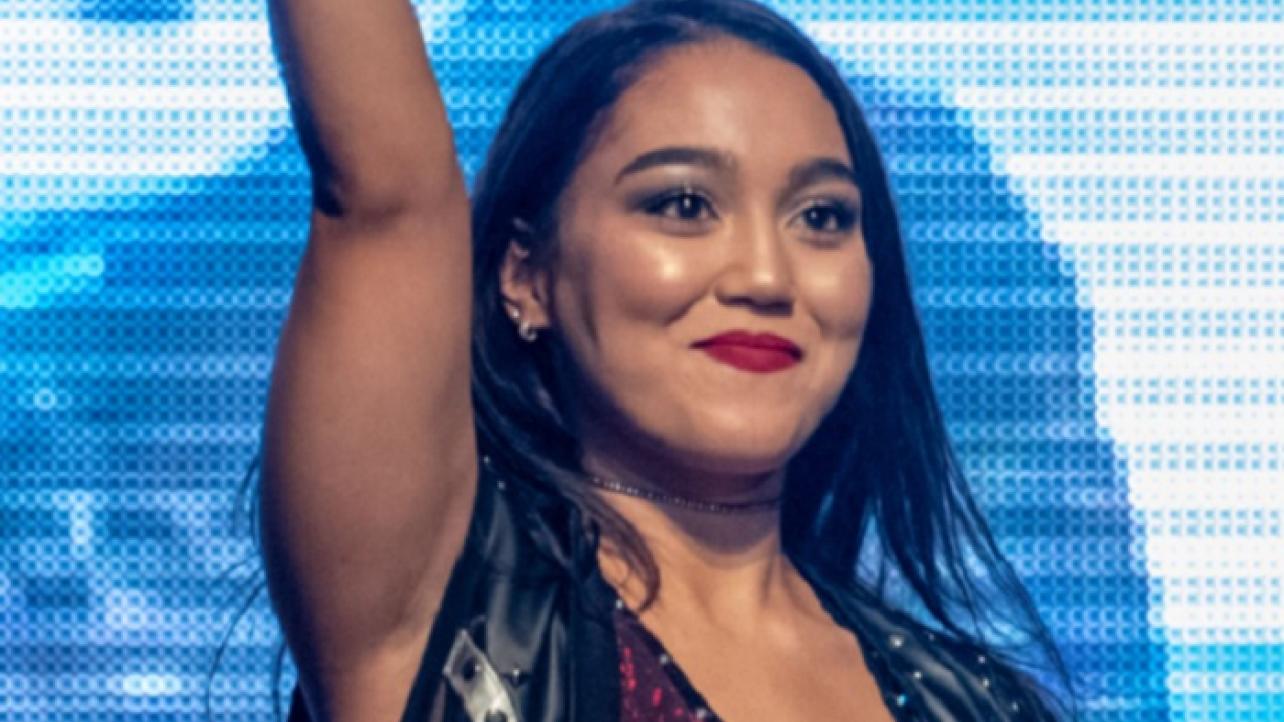 During the discussion, the ROH Women’s Champion spoke about Maria Kanellis being very helpful in her run in Ring Of Honor and more.

Her thoughts on becoming ROH women’s champion: “These things don’t happen very often. It was a really special moment because my family was there. They were actually brought to the ring when I won. My mom and dad were such a big part of my journey. They’ve been super supportive since I started wanting to become a professional wrestler…My mom has always been super supportive since the beginning. She helped me come up with my wrestling name and wrestling outfits. It’s really crazy to see everything come to life now and have her be such a big part of it and share that moment with me.”

Talks her ring name: “I kind of switched up the wording a little bit. I honestly didn’t expect that to become my wrestling name. I remember before one of my first matches, my trainers were like you have to come up with an entrance song and ring name. I didn’t have a lot of time. Then it just stuck until now.”

Says Maria Kanellis has been incredibly helpful in her run: “I got so much good advice. Mainly, Maria, she was so helpful from the moment I walked into Ring of Honor. She is a huge mom figure. Even just aside from the actual wrestling part. She is so helpful and amazing. I’m excited to continue learning from Maria and everyone else at Ring of Honor.”