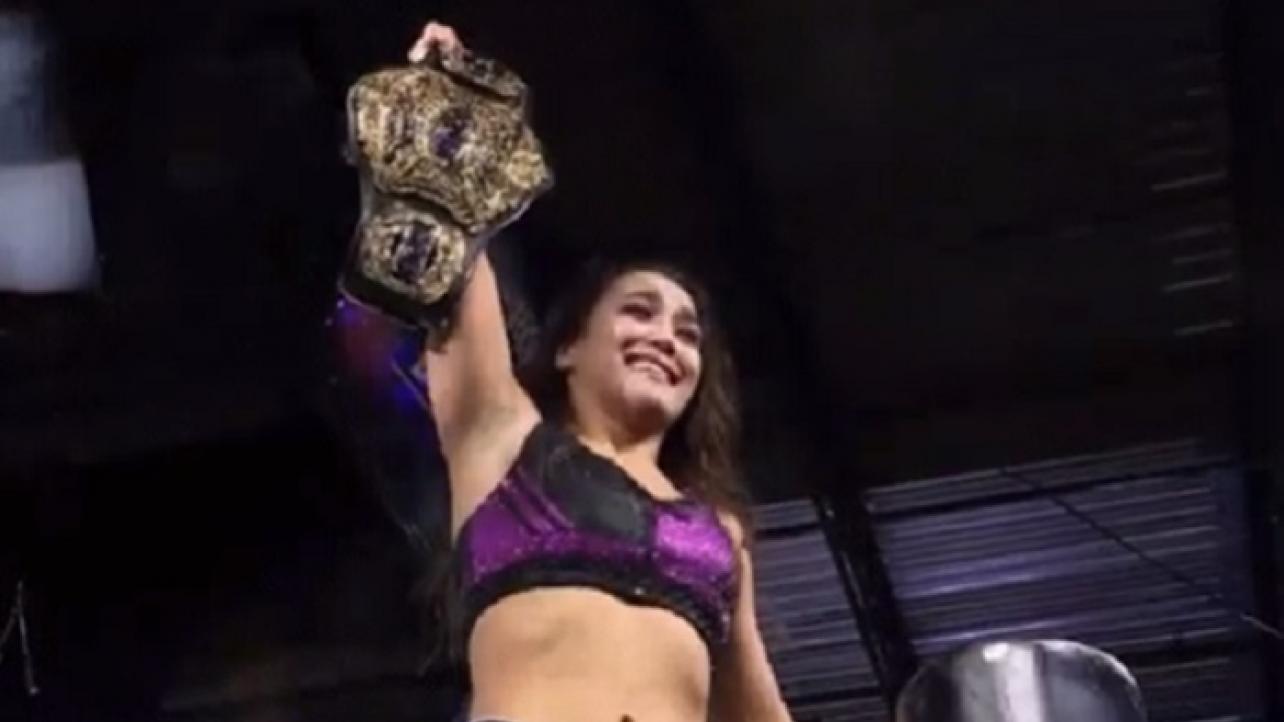 Ahead of the final show for ROH before the company goes on hiatus, the ROH Women’s Champion spoke about how she feels the event will be a very emotional night for the talent and fans.

On living up to the standard of Texas Wrestling: “Yeah for sure, especially because when you’re training under someone like Booker T and you have that on your back, like wherever I go, people know ‘Oh she was trained by Booker T.’ And I feel like yeah, that is a lot of pressure, but I do feel like Booker T has helped me so much and I’ve learned so, so much from him that I know that I know and that he knows I’ll be fine regardless of where I go or who I see, or who sees me. He’s taught me so much and taught me pretty much most of what I know.”

On ROH Final Battle: “I feel like that’s going to be an emotional night. I can already feel it, but I feel like it’s really cool that we get to do that and get to finish that off. I’m excited, I either get to wrestle Mandy Leon or Willow Nightingale, and I’ve never wrestled either one of them. I’m obsessed with first-time matchups, so I’m really excited.”

Check out the complete interview at Spotify.com. H/T to Mandatory for transcribing the above quotes.