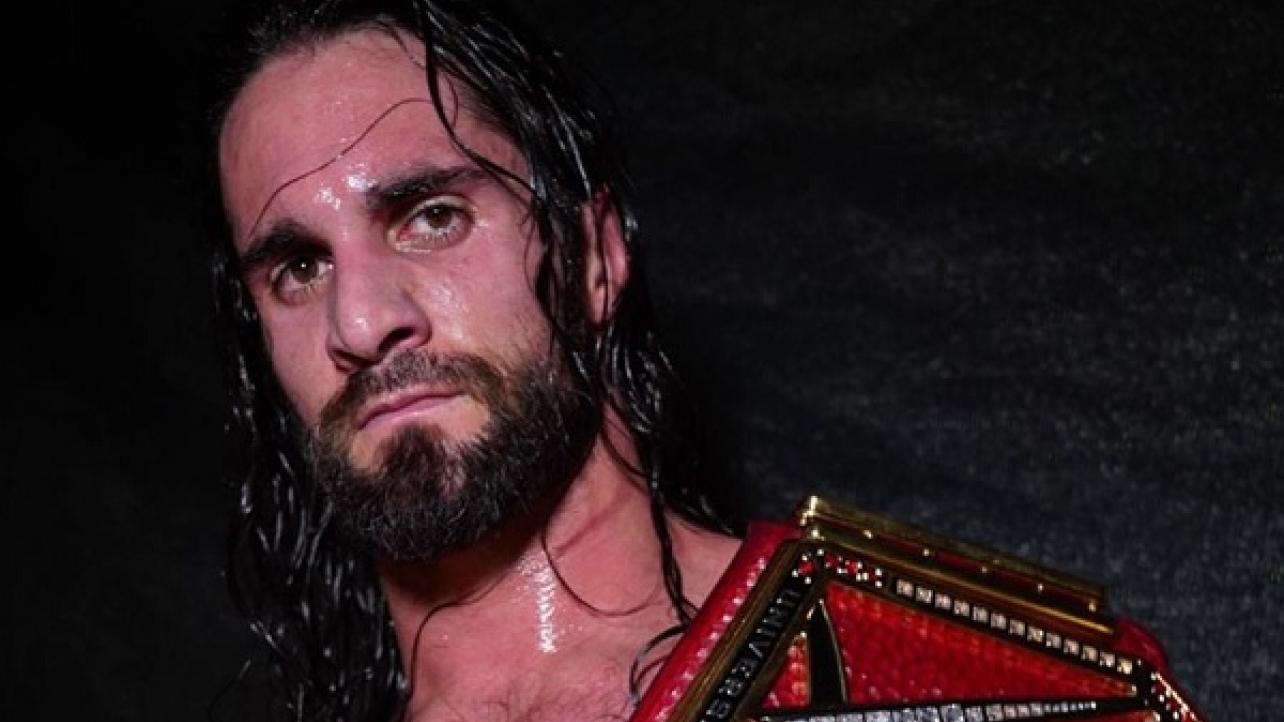 WWE Universal Champion Seth Rollins recently spoke with the folks from The National for an interview. During the discussion, “The Architect” spoke about which NXT Superstars he would like to wrestle, facing A.J. Styles at the WWE Money In The Bank pay-per-view earlier this year and more. Featured below are some of the highlights.

On facing A.J. Styles at the WWE Money In The Bank PPV: “It was one of those that was a double-edged sword in a sense there is so much talent in the ring and the expectations are so high that the bar is set so high. You put extra pressure on yourself to deliver and you wonder if you will able to exceed or meet those expectations. But the fact AJ Styles and I had not had a singles match in 13 years and to go out there and to be able to have a match like that with one of the best in the entire world is really special. It was a great way to kick off my Universal Championship reign, which I hope will be filled with many successful title defenses. AJ is a person I have looked up to for a long, long time so to be able to go out there, beat him, and get a handshake afterwards was a really special thing.”

On the sequence in their match that saw his Curb Stomp get reversed into a Styles Clash: “Maybe I got to think it out (the Curb Stomp) a little bit as people are starting to counter more and more. It was a pretty cool moment. They nearly always come out of nowhere. When you counter it like that it is a really special feeling. You feel the energy come up from the crowd. It is a strange feeling but it almost gives you the oomph to kick out after whatever happened. That was a big one and kudos to AJ for being able to pull it off. He is still a strong dude and forty-something years old and I was happy I was able to withstand that Styles Clash and come away victorious after that.”

On which NXT Superstars he would like to work with: “Adam Cole is someone I have never been in the ring. Gargano would almost be an AJ Styles situation again. We wrestled a decade ago and haven’t touched each other since. You have got Velveteen Dream who is always intriguing and Matt Riddle would also be an intriguing match-up. Or an old foe like a Roderick Strong or a Kassius Ono. There is a ton of talent down in NXT just waiting to strike so there are tons of match-ups that I would be looking forward to if the opportunity came about.”

Check out the complete Seth Rollins interview at TheNational.ae.