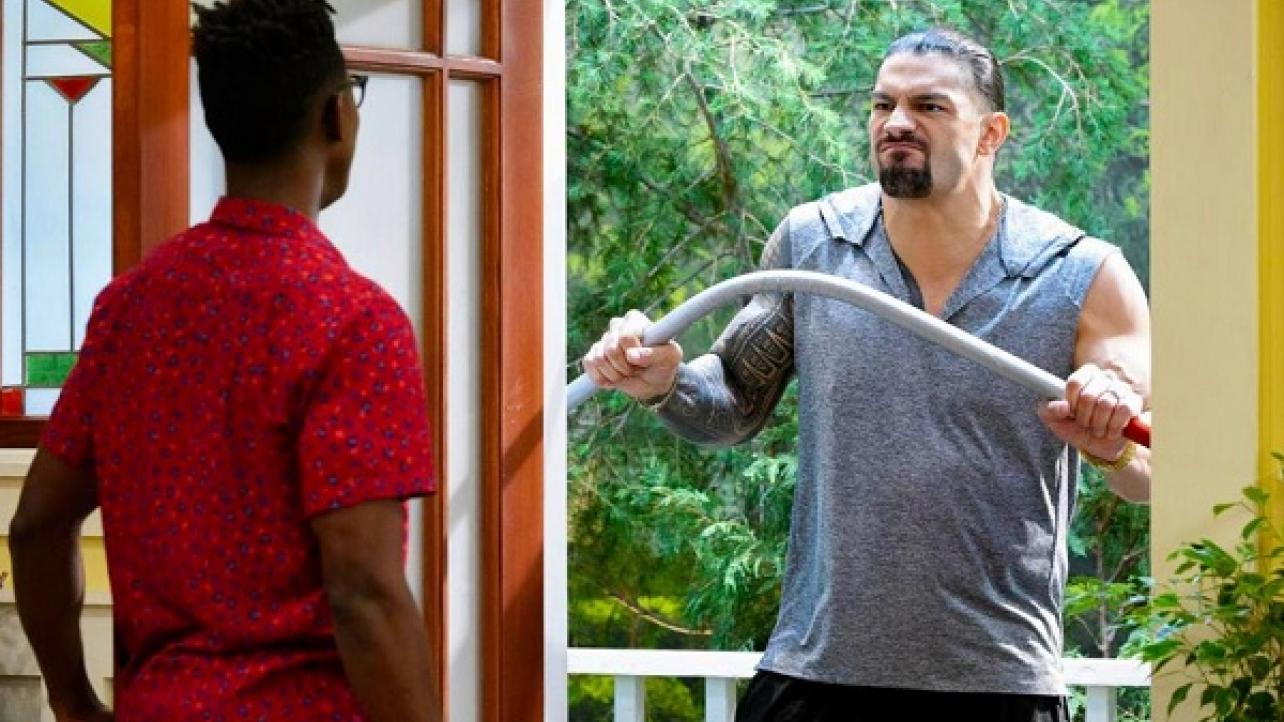 Roman Reigns To Appear On Popular Nickelodeon Sitcom On 3/2

While on the sidelines from WWE action due to his battle with Leukemia and emerging acting career following a notable role in the Fast & Furious spinoff, “Hobbs & Shaw,” starring Dwayne “The Rock” Johnson and Jason Statham, WWE Superstar Roman Reigns is keeping busy.

The former WWE Universal Champion will be appearing on an upcoming episode of the popular Nickelodeon sitcom, “Cousins For Life,” on March 2nd.

Roman Reigns to appear on Nickelodeon’s “Cousins for Life”

As first reported by Sports Illustrated, former Universal Champion Roman Reigns will be appearing on an upcoming episode of Nickelodeon’s hit show, “Cousins for Life.”

Scheduled to air on Saturday, March 2 at 8:30 p.m. ET, The Big Dog plays Leaf’s neighbor Rodney who is angry that Leaf’s pet pig dug up his vegetable garden. However, Stuart, Ivy, and Leaf discover there’s more to the story and come up with a plan to save their pig.

“Cousins For Life” tells the story of 12-year-old cousins and best friends Stuart and Ivy as they learn to navigate life under one roof with their families in Portland, despite being from very different backgrounds.

As first reported by @SInow, @WWERomanReigns will be appearing on an upcoming episode of @Nickelodeon’s hit show, “Cousins for Life” on Saturday, March 2 at 8:30 p.m. ET! https://t.co/jbGJxAeOsx

Roman Reigns To Appear On Popular Nickelodeon Sitcom On 3/2