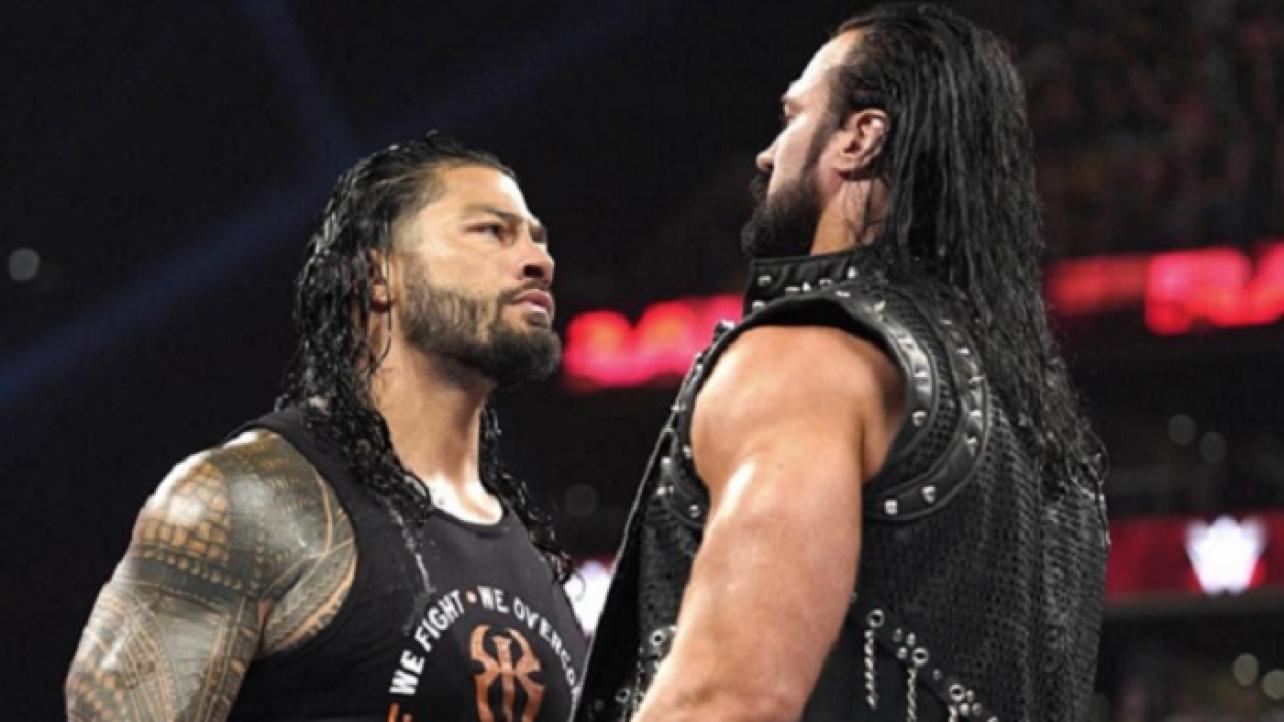 As noted, Roman Reigns appeared on the Cheap Heat with Peter Rosenberg podcast for an in-depth interview covering all things pro wrestling.

During his appearance on the popular program hosted by the part-time WWE analyst and HOT 97 radio personality, the WWE Universal Champion spoke about how he doesn’t feel like there is anyone to pass the torch to right now, but noted Drew McIntyre would be the best option from the current mix in WWE.

Featured below are some additional highlights from the new interview with “The Tribal Chief” where he touches on these particular topics.

On feeling like there is no one to pass the torch to right now in WWE: “Ain’t nobody. I can say my favorite number two, Drew [McIntyre]. There are a bunch of number twos, threes, whatever you want to call them. We can rank them, but they are under me. How far under? Who knows, who cares. How strong of a number two do you want to be?”

On Drew McIntyre being the best option from the current mix: “At this point, my favorite is Drew McIntyre. In a perfect world, if there is an opportunity to pass the torch to him, he’s the one guy that has captivated my attention in that manner, but he ain’t there. It’s only because I’m still here and so solid within my stronghold. The flag is fully planted in and I can’t even think about [who is next]. John [Cena] needed someone to come in so he could move on and try new things. I will eventually need that, but there is nobody at this point.”

Check out the complete Roman Reigns interview at ESPN.com. H/T to Fightful for transcribing the above quotes.