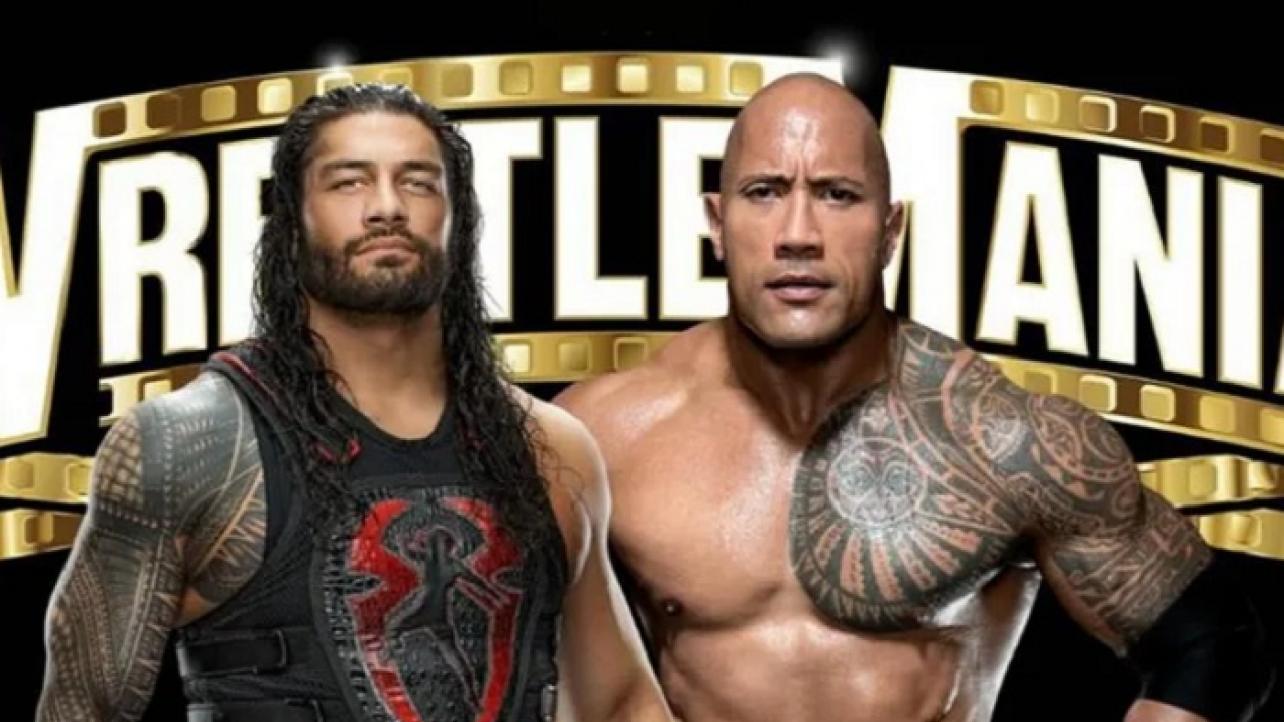 Roman Reigns Comments On Potential WWE Showdown With The Rock: “It Would Be Amazing”

Could WWE be doing a slow-build to an eventual WrestleMania dream match between Roman Reigns and Dwayne “The Rock” Johnson?

WWE Universal champion Roman Reigns was the latest guest on ESPN’s First Take to talk all things pro-wrestling, including what a potential showdown against his cousin, The Rock, would mean for the industry. Highlights are below.

Talks the possibility of a showdown with The Rock:

“It would be amazing, you know what I mean. I think for any Superstar of my generation to have, you know, someone on his level, someone that’s done so much, not only in sports entertainment, but you know the movie industry, entertainment in general. The man has like what? A billion followers online and stuff. So, to be able to put that type of spotlight on, you know, our current generation and what we do within our product in WWE, that would be amazing. And just to share the ring with him. I’m really enjoying what I’m doing right now, being able to share the ring with my cousin Jey Uso. To be able to tell that family story about our family business, and the lineage, and the history, and where we come from, and represent our family is pretty cool. So to just continue it and take it to the next level, that’s what I’m trying to do every single time.”

“Bret ‘The Hitman’ Hart was kind of my guy, a lot different than yours, The Ultimate Warrior. There’s just something I respected. He was like a journeyman, like a blue collar sports entertainer, a pro wrestler, go in there and wrestle for 30 minutes every single night. He just put a different dynamic on what the top looks like. And I like to think that we have a little bit of all of that nowadays. We’ve kind of had a mesh of having the character, having the swagger, but also being able to go in there and put 20-30 minutes of work if you have to. That’s what I’m about to do this Friday with Braun Strowman. Teach him what a different level feels like.”

Says he’s not nervous about facing Braun Strowman once again:

“You know, I really want to pump this thing up, but to be honest, I’m not nervous. I’ve been this. I’m tenured. I’ve been doing this for so long, like I said, I’m on a different level, and I’m displaying it week in and week out. Wednesday, Tuesday, Thursday, Sunday, everyday’s a workday for me. I pack my lunch every single day. That’s what I’m trying to teach these guys. To be honest, I don’t think Braun Strowman deserves this opportunity to face me. I beat him. I pinned him. I took the Universal Championship, but because the competitor that I am, the top guy that I am, the face of the company, I’m gonna to hold my obligation. I’m gonna be accountable and responsible for being at the very top of the business. And I’m going to show up on Friday, and I’m going to whoop his ass.”

Full comments can be found below.

REACTION: The Rock vs. Roman Reigns At WWE WrestleMania

Roman Reigns Comments On Potential WWE Showdown With The Rock: “It Would Be Amazing”