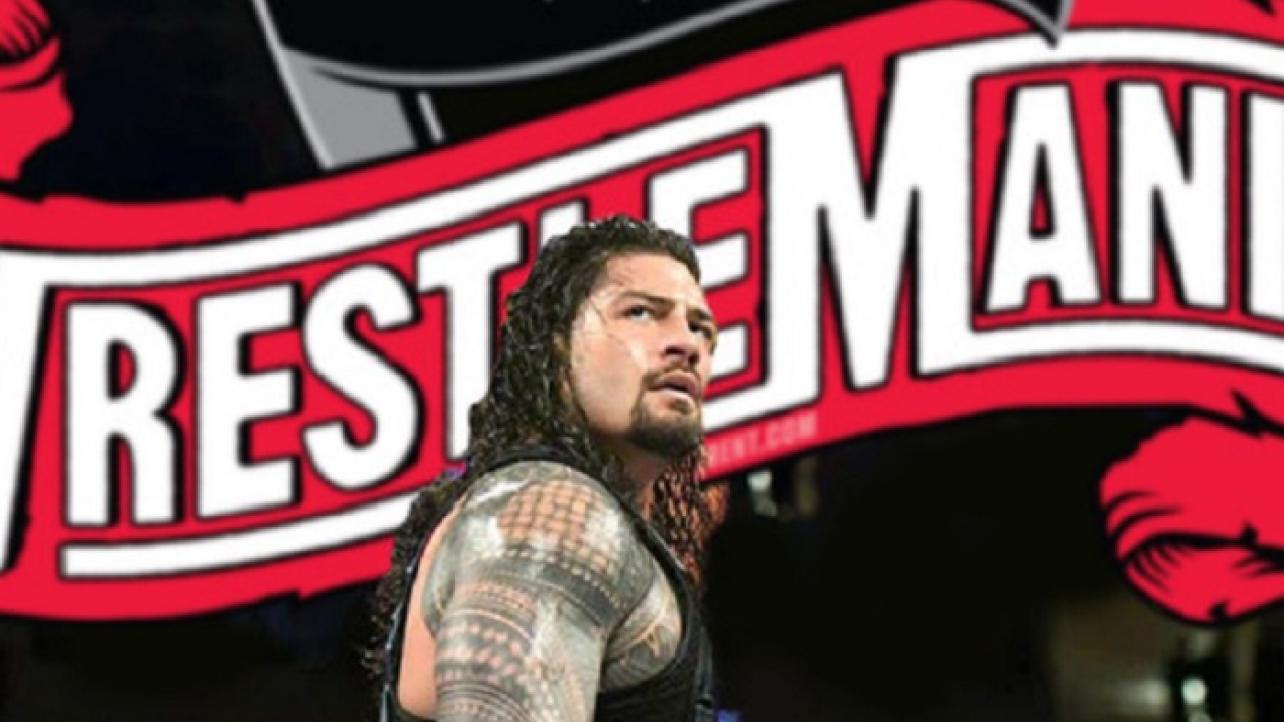 Roman Reigns Confirms He Will Miss WrestleMania, Gives His Reasons Why

Roman Reigns made his first public comments, seemingly to confirm the rumors that he would miss WrestleMania this week.

Featured below is the full statement released by “The Big Dog” via his official Instagram page:

“You already know what’s going on. It’s all over the news, the dirtsheets, whatever you want to call them, that I pulled out of WrestleMania. It’s funny because for years now man, years… people are like, ‘Don’t show up to WrestleMania, we don’t want you in it.’ There’s a nice handful of dudes and haters that didn’t want me there. But the moment I make a choice for me and my family, I’m a coward, I’m a sissy, a lot of different things that I am now. But you don’t know the whole story. All you know is what you think, ‘Oh his health, this and that’ But you don’t know what else is going on in my life. You don’t know if I have newborns, you don’t know if I have family at my household, older family. So yeah, like the old saying…flip that cover open and read a few pages. Get into a few chapters before you really start running your mouth. Take this time to better yourself, be present and make the most out of this. If we can’t grow at a time like this, I don’t think we have a chance. This is the most downtime I’ve ever seen in my life. I just challenge everybody and I’m taking the steps right there with you. I’m not perfect, I’m a hater too sometimes. But I try to always put it into perspective of why I want something or why I might be jealous of something and then I put it in my grind and put it to work and figure out how I can get whatever I need or want and I put it to work and don’t focus on others hating on me and don’t focus on driving negativity to anyone else. Just be kind to others, try to better each other and hopefully we gonna come out with so many better habits.

“For all my fans, I’m sorry I didn’t get to compete this year and put on a show and entertain. Sometimes, things are more important and I had to make a choice for me and my family. No matter what, you already know the deal. I made the town, I made it to Orlando and I had to make a decision for me. It doesn’t take anything away from what I’ve done and what I’m going to do. I still love this game. I still love pro wrestling, sports entertainment. I love being in the ring. It’s a little weird being in the ring with nobody watching, nobody in the arena. But man, I’m ready to get back to work. I’m just taking this time, this little bit of time we have, to build up the outside and come as close as possible to perfecting the inside. Everyone, I love you all and thank you for the support. Until then, stay safe and don’t touch your face.”

Just piggy backing my boy @flex_lewis ‘s thoughts on kindness and being thoughtful to others. Along with a brief explanation of what’s going on with me. Unity and accountability to this crazy power of connectivity. Be safe y’all and hands off them faces! Ah yessir.

Roman Reigns Confirms He Will Miss WrestleMania, Gives His Reasons Why