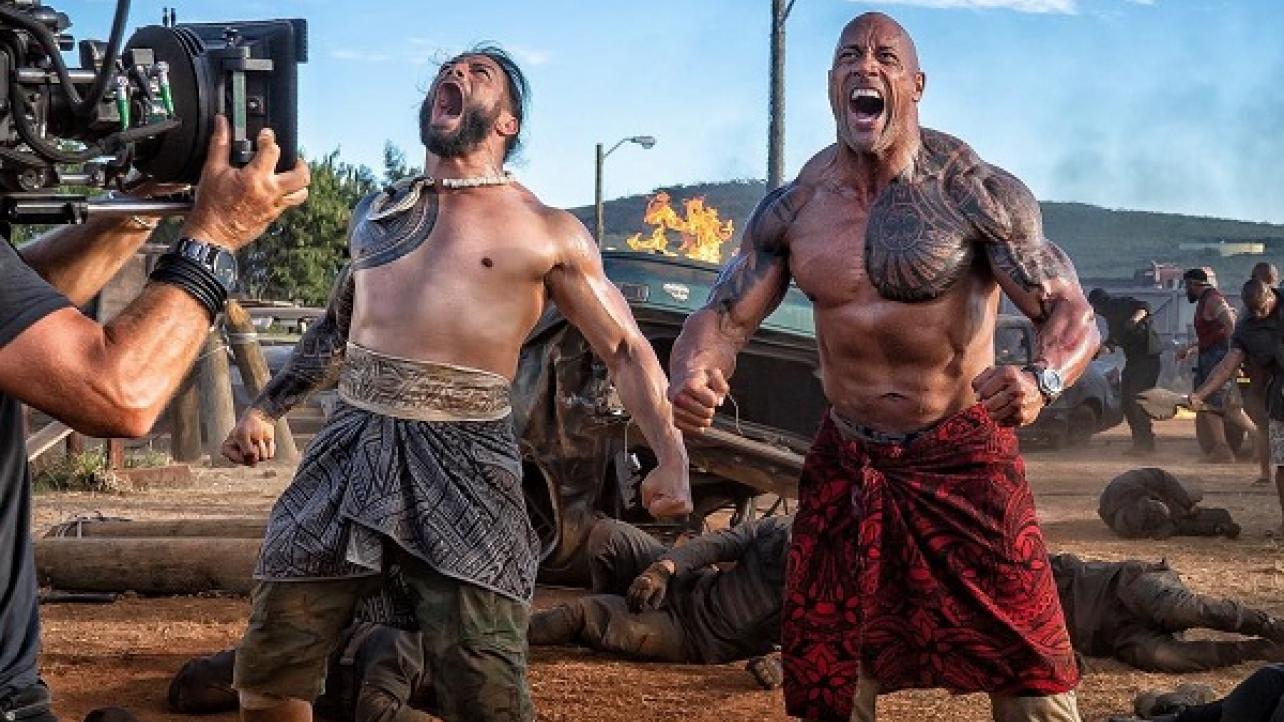 In addition to the WWE specials on his comeback, his subsequent media tour and recent acting appearances on Nickelodeon, “The Big Dog” is featured in the new trailer for the Fast & Furious franchise spin-off, Hobbs & Shaw, starring his cousin, Dwayne “The Rock” Johnson.

WWE.com released the following on Thursday to promote Roman Reigns being in the trailer for the new Hobbs & Shaw movie.

The new trailer for the highly anticipated “Fast & Furious” spinoff, “Hobbs & Shaw,” features Roman Reigns alongside his cousin The Rock. Earlier this year, The People’s Champ announced that The Big Dog would be appearing alongside him in the film. Reigns will be playing the brother of The Rock’s Hobbs character.

Check out the new trailer below:

“Hobbs & Shaw” is a spinoff of the “Fast & Furious” franchise, focused on the exploits of The Great One’s government agent Luke Hobbs — a role he originated in 2011’s “Fast Five” — and the criminal Deckard Shaw, played by Jason Statham since 2013’s “Fast & Furious 6.” The film hits theaters Aug. 2.

#TheBigDog @WWERomanReigns is lookin’ good on the silver screen alongside @TheRock in the newest trailer for @HobbsAndShaw! https://t.co/HrUOtmDD1H

The Big Dog @WWERomanReigns is officially featured alongside @TheRock in the @FastFurious spinoff @HobbsAndShaw and we can’t wait! pic.twitter.com/hWNWcGC9w2