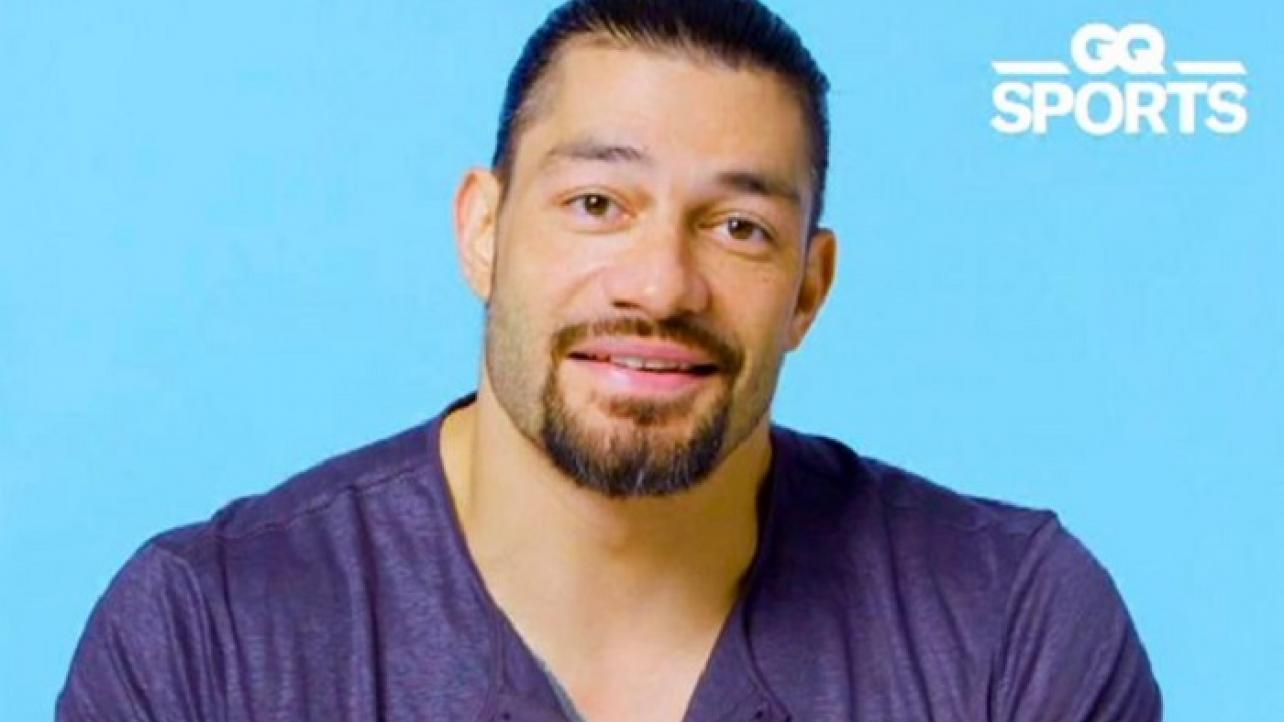 WWE Superstar “The Big Dog” Roman Reigns recently sat down for a multiple-part web and social media series with GQ and Vanity Fair where he went undercover and more.

The Big Dog recently sat down for a series of videos, including the latest episode of #GQActuallyMe. He also reviewed memorable sports-entertainment movie and TV scenes and talked about the 10 things he can’t live without.

For #GQActuallyMe, Reigns visited social sites IMDB, Quora, Reddit, Instagram and Twitter to peruse the latest chatter and answer fan questions. He addressed topics, such as a potential rivalry with his cousin The Rock and when we might see him challenge for a championship again.

Looking back at sports-entertainment-inspired scenes from movies and shows like “Billy Madison,” “Spider-Man” and “GLOW,” Reigns evaluated the action and related each back to his own career and experiences. He listed headphones, an air mattress and a multitool among the items he carries on the road.

No stranger to GQ, Reigns previously dished on his diet for the publication’s “Real-Life Diet” series in June.

Reigns joined forces with Daniel Bryan this past Sunday to defeat Erick Rowan & Luke Harper in a Tornado Tag Match at WWE Hell in a Cell.

.@WWERomanReigns recently sat down for a series of videos, including the latest episode of #GQActuallyMe. https://t.co/Tcqr4aZnzD