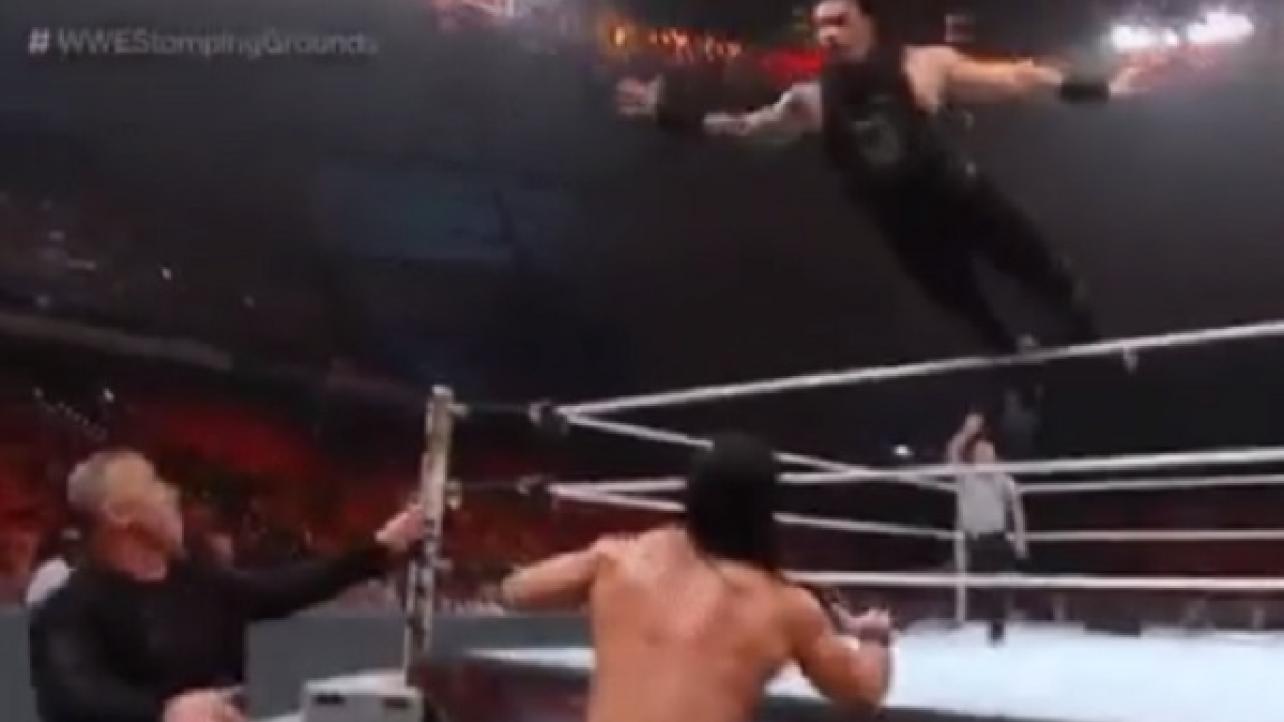 – Roman Reigns took to Twitter on Monday afternoon to post a clip of himself soaring over the top-rope onto Drew McIntyre and Shane McMahon on the floor at the WWE Stomping Grounds pay-per-view at the Tacoma Dome in Tacoma, Washington on Sunday night. “The Big Dog” joked that if he were ever to drop 40 or 50 pounds, he would be able to make a tear through the 205 Live Cruiserweight division. Check out Reigns’ tweet below.

– WWE released another clip from the new WWE 365: Alexa Bliss special, which premiered on the WWE Network last night on their official YouTube channel. The video features “The Goddess Of WWE” looking back at being injured at WWE Hell In A Cell 2018.

– Also new on WWE’s YouTube channel is the usual weekly digital series, “Things You Need To Know Before Tonight’s RAW.” The video, which you can check out below, features Cathy Kelley running down everything you need to know heading into tonight’s post-WWE Stomping Grounds edition of RAW from The Angel of Winds Arena in Everett, Washington. Make sure to join us here at eWrestling.com tonight for live play-by-play results coverage of RAW.