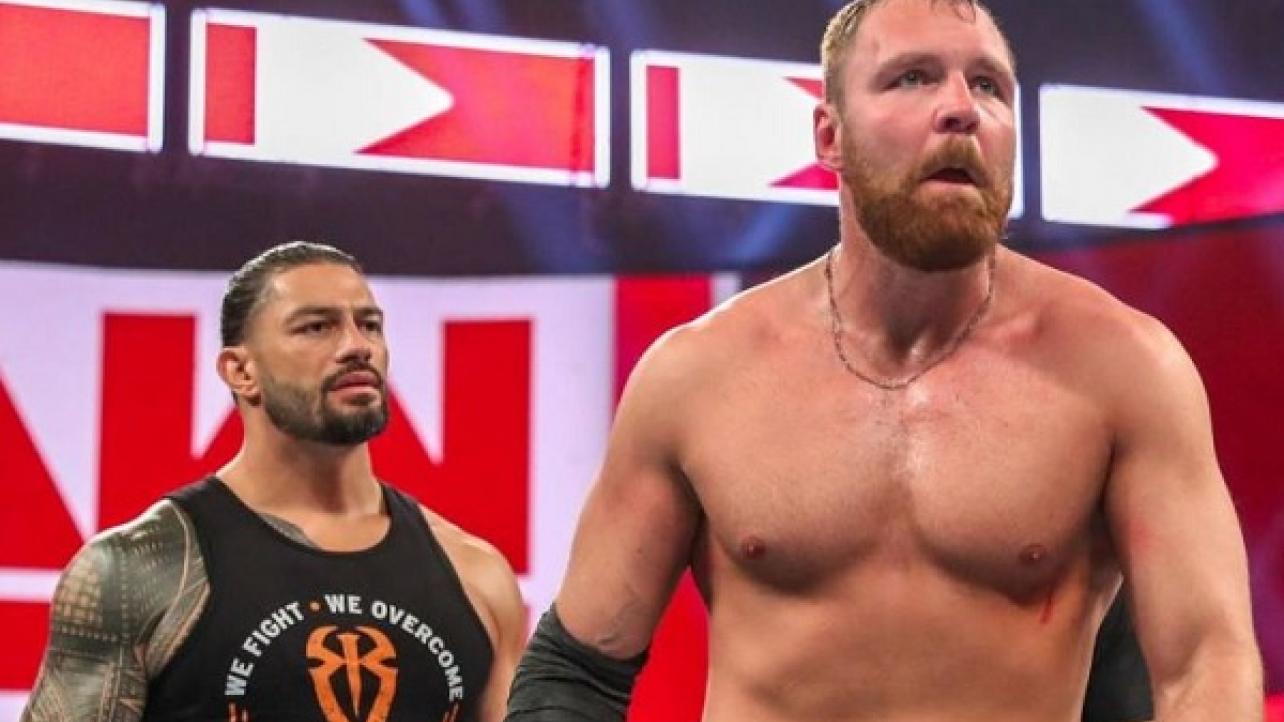 Roman Reigns On Jon Moxley’s Comments About WWE Creative: “That’s On You”

Roman Reigns has once again had some interesting comments to make about recent remarks former Shield member Dean Ambrose, now known as AEW Superstar Jon Moxley, has made about WWE creative.

WWE Superstar Roman Reigns interviewed with ESPN recently to hype WWE2K20, which Reigns was recently announced as the cover star for, along with Raw women’s champion Becky Lynch. During the interview, Reigns spoke about some of the comments Jon Moxley made on the Talk is Jericho podcast regarding WWE creative, stating that he disagreed with his former Shield brother on some of his issues, but still considers him a friend and a brother at the end of the day.

I’ll tell you straight-up: I disagree with what [Dean] Ambrose said about the creative process. I love the guy. I love him to death. He’s my brother. And wrestling ain’t gonna stop that. On a personal level, me and that dude can hang out, have a beer or two and just talk. And even when we don’t talk, that’s just our relationship.

When it comes down to it, creative-wise, that’s on you. Communication is communication. When you go in there and you talk to boss, you gotta let him know. He even made comments about the things I had to say, but that was in a different place. I was brand-new.

We’ve worked our asses off for Vince [McMahon] in this company, and he respects that, and he wants to know our opinions. You have to speak up for yourself. I’m in a position now where he listens to everything I have to say, what I’m feeling.

Early on, when you don’t have any equity, when you haven’t put in any time, you should do what the boss says. But once you earn that equity, once you got the keys to the car — which Ambrose was clearly in that position because all three of us [were] — you have to speak up for yourself and do what’s right for you.

Regardless, I love the dude, man. We came from the bottom and got to where we are now, and he’s a huge part of that. No type of business rivalry or any of that crap will ever affect the personal relationship I have with either Seth or Dean. We’re all gonna do our thing. We’re having fun. I’m enjoying where I’m at. I enjoy being with the WWE. I’ll never be anywhere else.

Reigns would later reveal that he never knew the infamous line that Moxley was scripted to say regarding his leukemia, but stresses that a star should speak up for themselves to avoid those types of problems.

And that’s the thing. If you refuse to say it, you refuse to say it. You didn’t say the stuff, and nothing happened. You didn’t get fired, so you don’t have to do any of that stuff. If you don’t really want to do it, you have to speak up for yourself. That’s the key to this business. That’s a bit contradictory in my mind right there. If you chose not to say that one thing, why can’t you choose to say another thing?

Check out the full interview with Roman Reigns at ESPN.com.

Roman Reigns On Jon Moxley’s Comments About WWE Creative: “That’s On You”