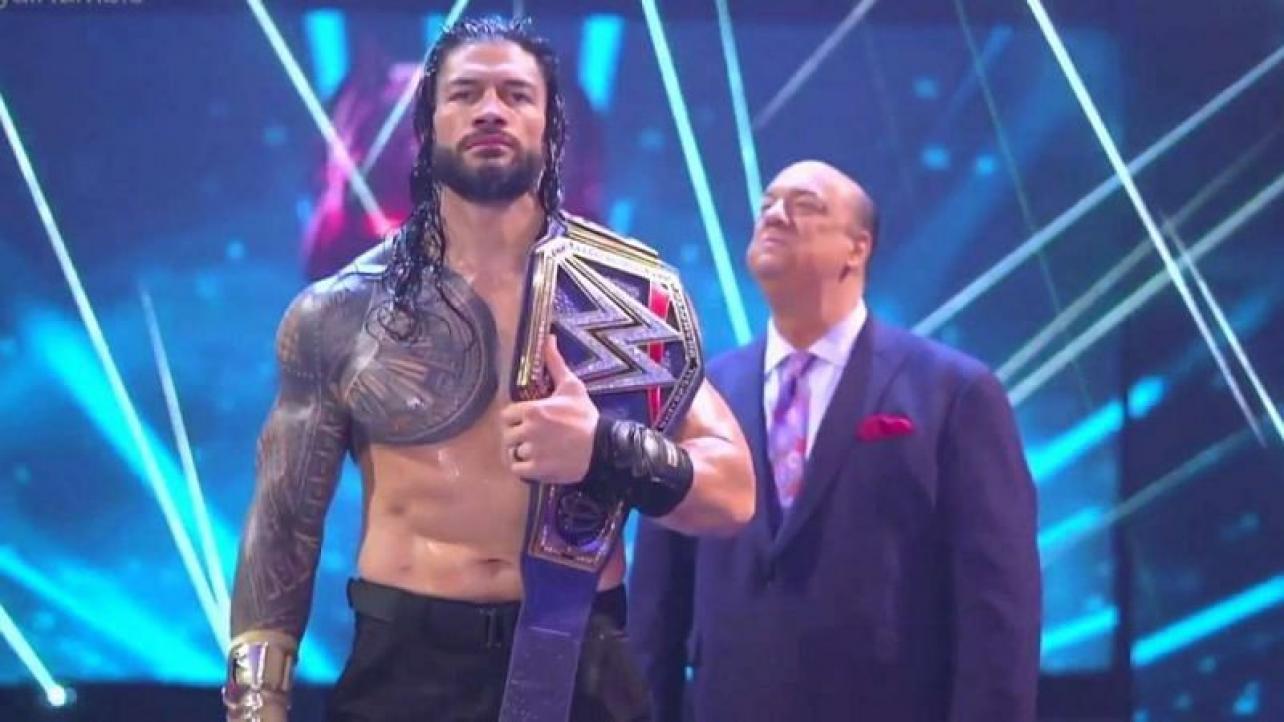 The Wrestling Observer recently dished out the latest scoop on plans for WWE Universal Champion Roman Reigns, who has many potential challengers at the moment.

Roman Reigns will defend his title against Daniel Bryan next week, and “The Leader of the YES! Movement” will put his career on the line.

According to the report, the match will be used as a way to further the brewing feud between “The Head of the Table”, and Cesaro, but it is “unclear” how. Check it out:

“The Roman Reigns vs. Daniel Bryan title match on SmackDown next week is expected to lead to Reigns vs. Cesaro, though it’s unclear exactly how. The Observer noted there are many possible directions that are on the table.”

Do you want to see “The Swiss Cyborg” take on Roman for the Universal Championship? Or would you rather see someone else step up to the plate? Sound off in the comments section!

Face to face with the Tribal Chef #SmackDown pic.twitter.com/qmSgRdouz3