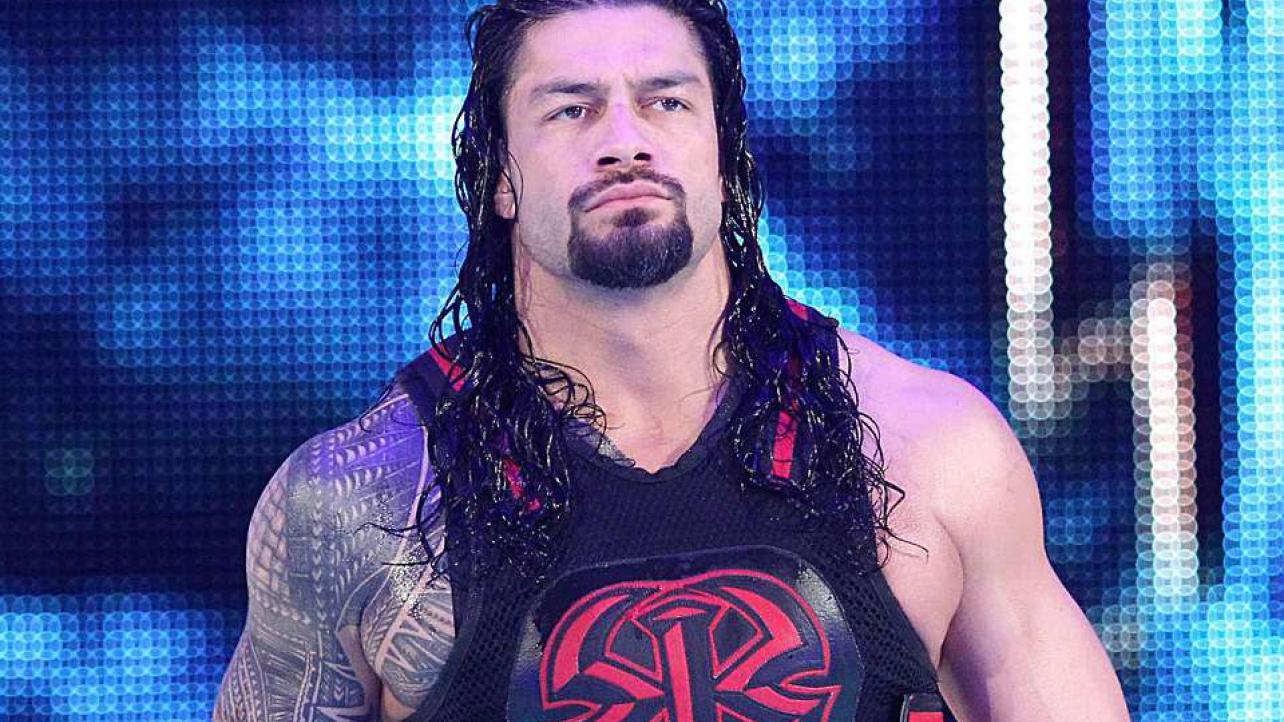 Roman Reigns Reveals That He Has Leukemia; WWE Issues Statement

— Roman Reigns announced on tonight’s Raw that he is battling leukemia and will be forfeiting his WWE Universal title. He indicated that he was first diagnosed when he was 22 and was in remission but that it has come back. It would explain his absence this weekend.

— From our Raw report:

Roman Reigns comes out to the ring in street clothes with his WWE Universal Title belt over his shoulder. Reigns says he’s come out here “as Roman Reigns” saying a lot of things, like saying he’s going to be here every night and be a fighting champion. He says he’s really a guy named Joe, and he had leukemia 11 years ago. Now, he says the luekemia is back, and he will no longer be able to fulfill his contractual obligations. He talks about the struggles in his past with the disease, and says WWE was the only team who accepted him and gave him a shot to live his dream. He says WWE gave him a great opportunity to perform in front of the fans, and he thanks them for it whether they cheered him or booed him. The crowd chants “thank you Roman.” Reigns says life isn’t always good, and the ebst thing he can do right now is go home to spend time with his family. Reigns says this is not a retirement speech, because he’s going to kick leukemia’s ass and come back home. Reigns says when he comes back, he’ll prove that when life throws him a curveball he’ll swing for the fences every time. Reigns thanks the fans again and says he loves them. Reigns sets his Universal Title down on the mat and heads up the ramp. Ambrose and Rollins comes out to the stage to embrace him. They pose on the stage and head to the back.

STAMFORD, Conn., October 22, 2018 – Tonight on Monday Night Raw, Roman Reigns (aka Joe Anoa’i) announced that he is relinquishing the WWE Universal Championship and taking a leave of absence from WWE as he once again fights leukemia, which had been in remission since late 2008. Reigns is taking his battle with leukemia public in an effort to raise awareness and funds for research in order to advance cures for the disease.

Roman Reigns Reveals That He Has Leukemia; WWE Issues Statement