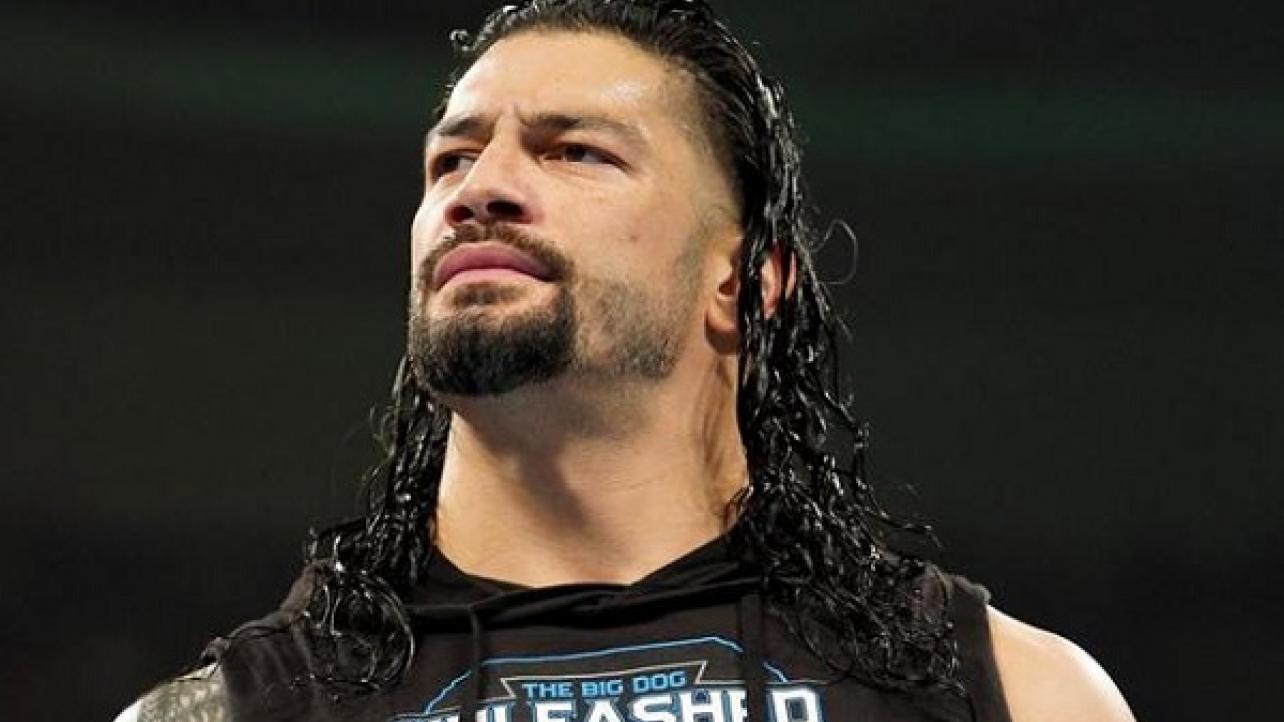 Roman Reigns recently spoke with Phillip Martinez of Newsweek for an interview about the struggles of working the travel schedule that comes with appearing on RAW and SmackDown Live every week, as well as his thoughts on Seth Rollins and Kofi Kingston as the world champions of their respective brands. Featured below are some of the highlights.

On the travel schedule that comes with regularly appearing on both RAW and SmackDown Live: “It’s not easy. It’s tough work. It takes special people to do this kind of stuff. I’m cut from a different fabric. I’ve always been someone who can handle this type of workload. To be honest, I feel good. We’re all human and we all want to feel needed. If I’m here to help the team and that’s my role, then that’s what I’m going to do. I was out so I wanted to get back and help the team. So if that’s what’s needed out of me I’ll do everything to the best of my ability to get the job done.”

On working with Shane McMahon: “I love it man. Shane is an authority figure but like I said Monday night he’s a spoiled rich kid. He’s out here trying to play with his dad’s toys. It’s funny to me, it’s not being in there with Vince or with Stephanie he’s a different character and we’ve all known that dude in high school. In your head you’re just like ‘screw this guy.’ He may have thrown the party but he’s the biggest douche in the room. That’s what’s cool, that character and we’re able to do that and we’re able to connect with that. But for me it’s fun because I did this, I grinded for mine. The way I feed my children I clocked in every single day, I sacrificed and been away for a long time. So it’s a completely different character that I’m going up against so I think that’s cool.”

On his thoughts on Seth Rollins and Kofi Kingston as the top dogs and world champions of RAW and SmackDown Live, respectively: “Just to be able to have people to rely on, people you trust. People that can take a huge cut of that plate and cut it in half. We call these guys workhorses for a reason and that’s why they’re in the spot that they are. Kofi, it’s been 11 years, we all know the story and we’re compelled by it and to be able to see that is so inspiring. And Seth as well. He’s a journeyman, he’s been all over the world, he’s done his thing and worked so hard to get there again and to be able to see these type of guys, the top performers in the world go at it every single night, it puts a whole new paint job on the title scene. I couldn’t be more proud of those guys and extremely happy as well. With everything that happened with me it created a few opportunities and those guys seized the moment. You have to give a lot of respect to guys who see that ball on the ground and pick it up. I’m super happy, and proud and thankful for them.”

Check out the complete Roman Reigns interview at Newsweek.com.