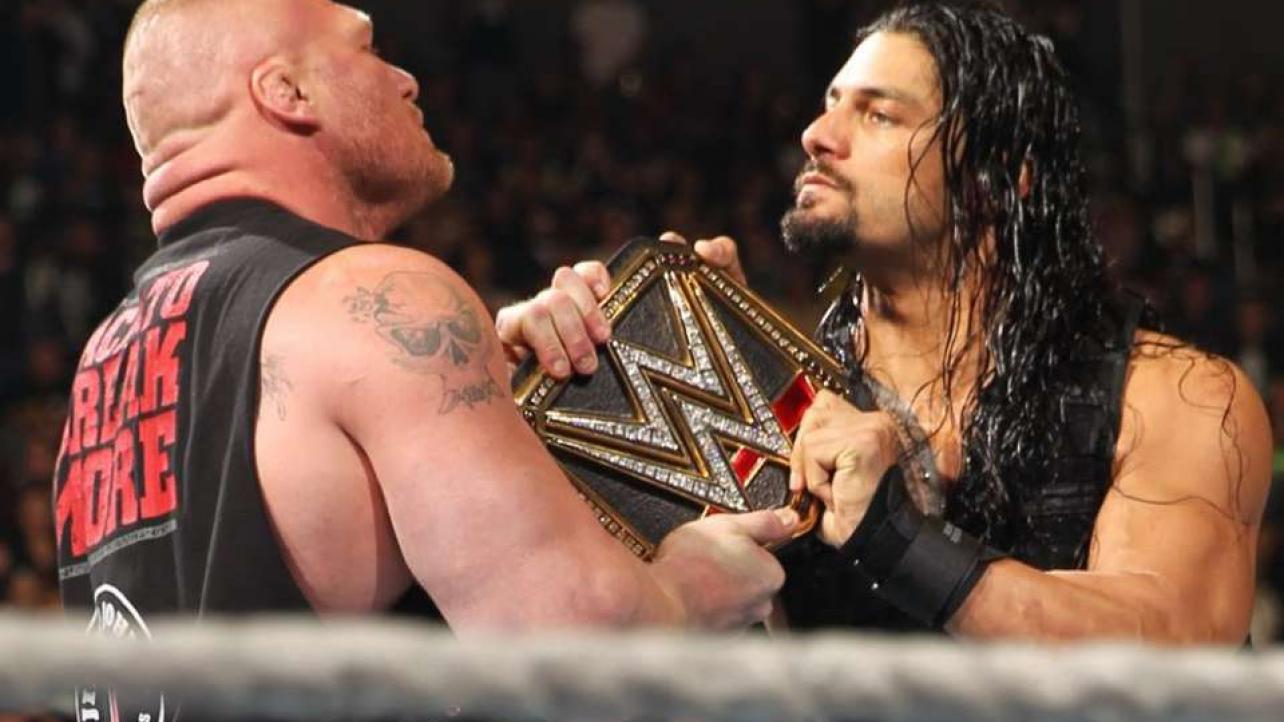 Ahead of his showdown against WWE Universal Champion Brock Lesnar at WrestleMania 34 next month, Roman Reigns recently appeared as a guest on The Sam Roberts Wrestling Podcast for an in-depth interview. Featured below are some of the highlights.

On the shoot-style promos he has been doing during the build-up to WrestleMania 34: “I think it is all part of storytelling. It’s like the scene in Braveheart where they are all lined up for battle, wearing the blue face paint, but eventually they send out the nobles to talk, and then William Wallace is prancing around in his horse and then he takes off and says that he is going to go pick a fight. That is the cool part of what we do; we can build up this story through verbal confrontation, but at the end of the day it has to come down to physical performance. I have been in a few different matches with Brock in different capacities, and then I have had the singles match at WrestleMania 31 in Santa Clara, California, but that is kind of what is cool about this. A lot of times what we do is very cerebral; but this one is very simple, get ready to hurt and get ready to get hit right back.”

On the expectations fans have of his match against Brock Lesnar since the two have met in the main event of WrestleMania in the past: “The match is the match. It’s one thing when you speak about it with four weeks, five weeks out, but if you saw what we did three years ago, you will have a general idea of how we go at it. I don’t see us giving you apples and changing the apples to give you a different fruit. We will do what works for us; we are both physical and both brawlers, and both not afraid to bang. So, hopefully with the physicality, and hopefully a great story, which is important to grasp that, to completely immerse themselves in it and get lost it in. I think what people will be able to take from it of whether or not someone is knocked out, and stretch the imagination and make people guess, whether it is professional wrestling or fighting. I think if we are blurring the lines, we are doing our job.”

Check out the complete Roman Reigns interview from The Sam Roberts Wrestling Podcast at YouTube.com.