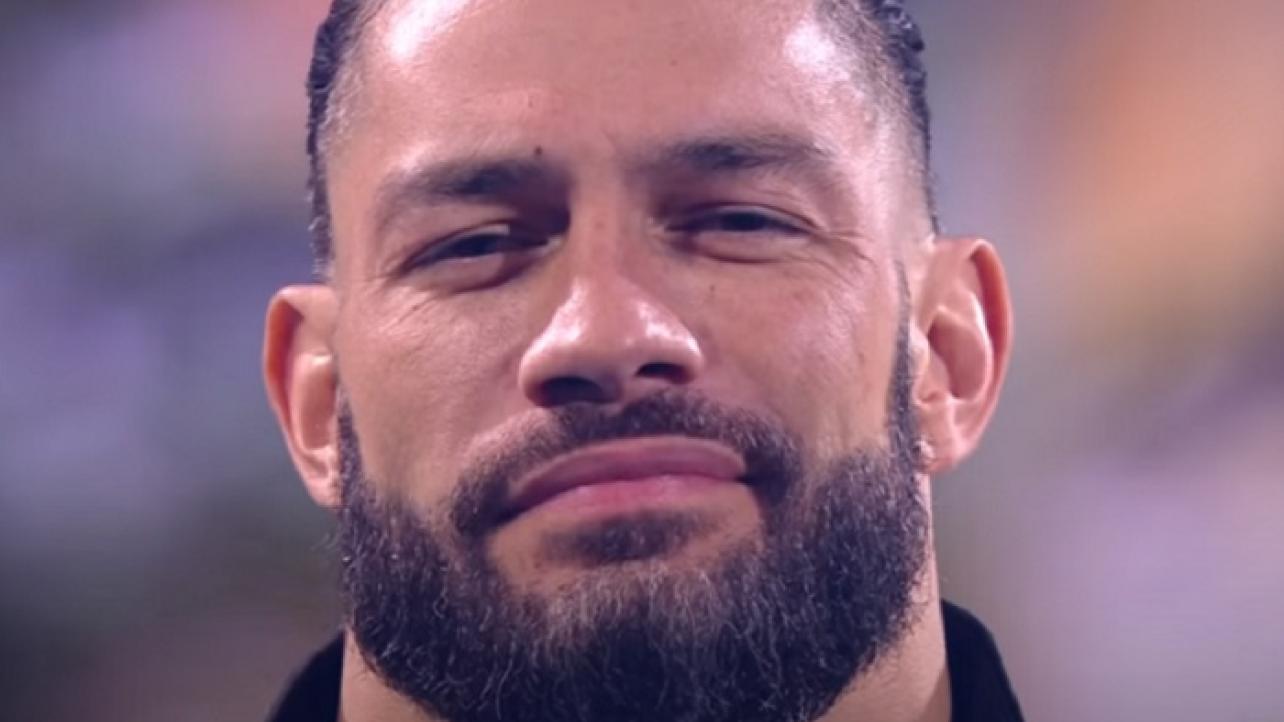 During the discussion, the WWE Universal Champion listed other WWE Superstars he thinks trains as hard as he does and spoke about his own training routine.

On how he trains to have extra stamina while still having the muscle-bound physique needed to be a top-level WWE Superstar: “I think you have to kind of find that middle ground between bodybuilding and being a pro athlete. I train as if I’m in the NFL, the NHL, the MLB, the NBA,” Reigns said. “I train with that same intensity, that same focus and dedication and time management as any of the top sports stars in the world. But at the same time, we have to do this with our shirts off, and there has to be that aesthetic appeal.

“So there is a very focused breakdown of how you want to do that and how you want to train each body part—and even have those days where you mesh it all and create a more functional training system. So these are all things that you have to juggle.”

On if he trains and prepares different for different style opponents: “I’m on the other end. I don’t adjust. Everyone else adjusts for me—being the Universal Champion, being been on the very top, my system works,” Reigns said. “And what I do in the ring, and the athleticism that I display, and how that all translates to having a dominant performance, that’s something that I’ve really dialed in over the years. So that’s for everybody else to figure out, how to adjust themselves to stepping in the ring with Roman Reigns.

“Right now, I’ve already knocked out my morning cardio [it’s noon Eastern]. I already got my first meal in. I’ll probably knock out another meal as soon as we’re done here. And then I’ll get in the gym and do my resistance training portion of it, and then get a couple more meals, do some family stuff with the kids, and then knock out some night cardio. So it’s a constant grind. Keeping that mentality and that discipline to stick to the drill, and doing this stuff every single day—that keeps me in that position of not getting ready, but staying ready.”

On admiring the training of fellow WWE Superstars Big E., Bobby Lashley, John Cena, Chad Gable & Robert Roode: “It’s almost impossible to narrow it down to one because just about everybody has that discipline and has that self-motivation,” Reigns said. “Everybody’s built a really solid package. Just the two guys I was in there with on Monday, Bobby Lashley and Big E—very different physiques, but both top-tier, world-class athletes. Not only with the way they look, but the numbers they can put up in the gym. I’m sure if you put a stopwatch on them, too, it’d be pretty impressive the way they can move.

“John Cena’s another guy who for 20 years was able to keep a top-notch, stage-ready physique and do it on a very full schedule—four to five days a week, every single week, years at a time. There’s a lot of guys, and even guys who may not get the TV time that they deserve or or may not be that household name—guys like Chad Gable, Bobby Rude—people who may not be the top guy of WWE, but man, do they have an incredible package that they present when the time’s right.”

“Success leaves clues. It’s not like it just came out of nowhere. But if you pay attention, you can see that progression and how they’ve gotten better over time. You can see all the meticulous details, how they stay consistent, and how tough it really is to do that year after year. I have a lot of respect for all these guys. I know I’ve missed some; I could just start listing the whole roster, but that’s the territory. If you want to be a WWE superstar, we’re all different shapes and sizes, but the majority of us are top-level athletes.”

Check out the complete interview at MensHealth.com.