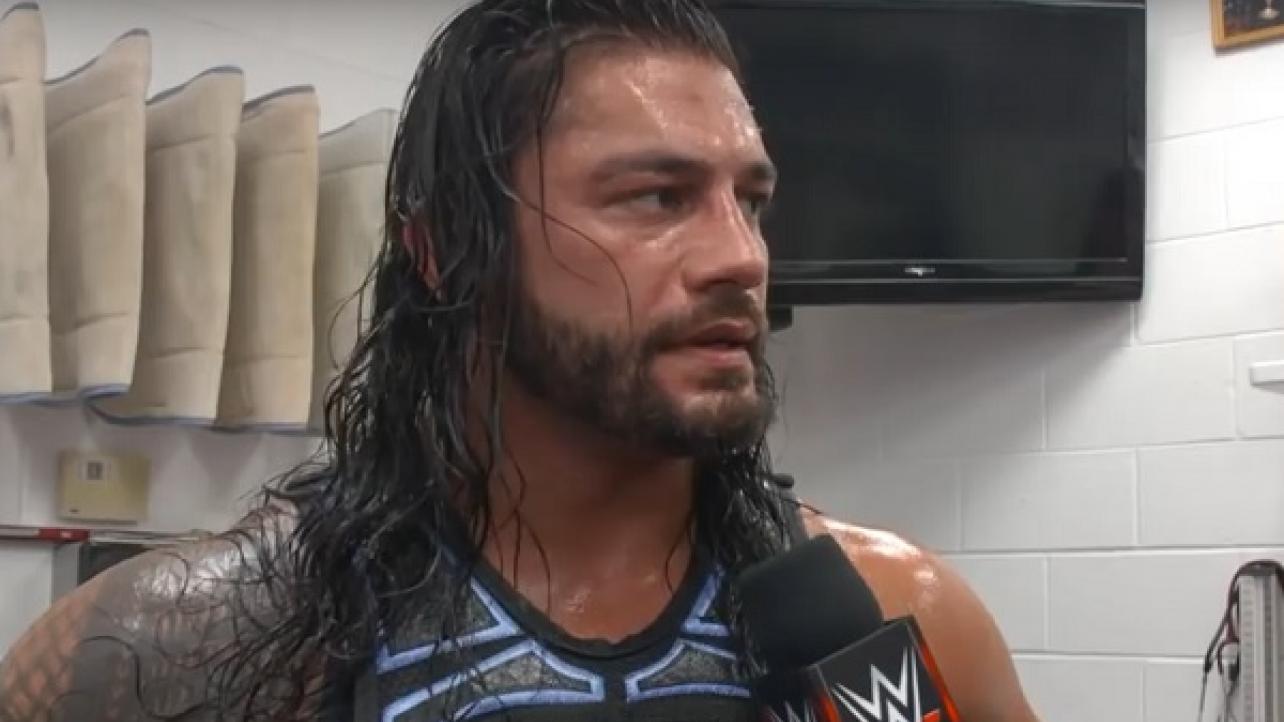 Roman Reigns’ Title Run: How Long Will It Last?, Next Opponent

The following is from Justin Barrasso’s column with Sports Illustrated and should be taken as strictly rumors for now as his track record is a bit hit-and-miss:

— Roman Reigns’ title reign with the Universal championship is expected to be “lengthy” according to his sources within WWE and as such, it is unlikely that Braun Strowman will capture the belt at Hell in a Cell. He speculates that after the PPV, WWE will likely move away from a Strowman/Reigns program.

— The next challenger for Reigns is rumored to be Drew McIntyre, according to the column even though Strowman himself is expected to remain a heel.

— Kevin Owens, who has “quit” WWE for the time being in what is strictly an angle, could be back on TV in the future as a babyface. Owens already plays a “tremendous” heel, but turning face for a short time will only highlight that when he eventually turns into a villain.

Roman Reigns’ Title Run: How Long Will It Last?, Next Opponent