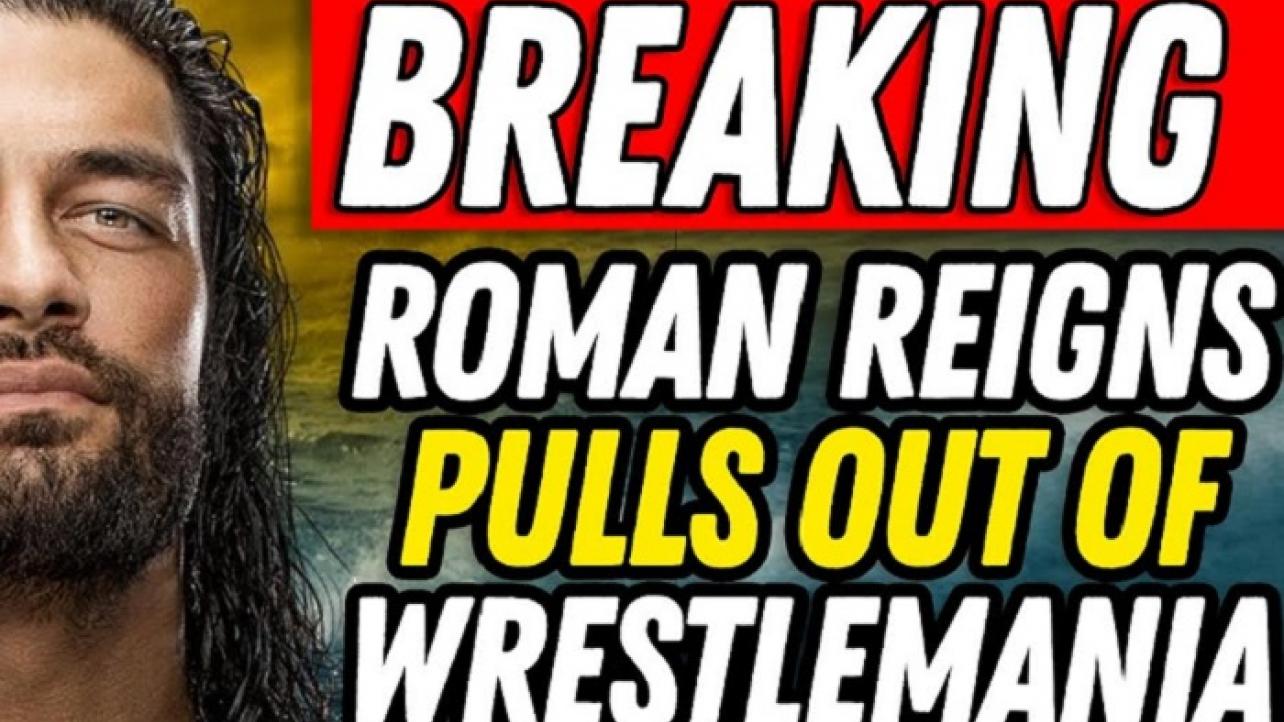 Add another big name to the list of WWE Superstars who have been removed from scheduled matches at WrestleMania 36, as “The Big Dog” has been pulled from “The Grandest Yard of Them All,” the news broke on Thursday evening.

According to a report by Pro Wrestling Sheet, Roman Reigns is out of WrestleMania 36 and his match against Bill Goldberg will not be taking place.

Reigns reportedly expressed to WWE officials that he was not comfortable competing any longer at the Performance Center in light of the ongoing coronavirus pandemic due to the fact that he’s considered immuno-compromised as a result of his previous battles with leukemia.

Reigns decided that as the situation around the state became worse, he wasn’t willing to risk his health.

His spot in the match against Goldberg will now no longer be happening and the report adds that Goldberg will still be wrestling but against a competitor that has yet to be revealed.

As noted before though, WWE has already taped everything, including WrestleMania, through to April 6 so we will probably find out more about these changes very soon.

We will keep you posted as updates continue to surface regarding Roman Reigns pulling out of WrestleMania 36, how WWE plans to handle the changes and more right here at eWrestling.com!

Just #ICYMI: #BREAKING #WrestleMania36 NEWS:#RomanReigns PULLS OUT OF #WrestleMania match against #Goldberg, tells #WWE he is NOT willing to risk his health performing again for #WrestleMania2020 taping at #Performance #Center (#WWEPC) …