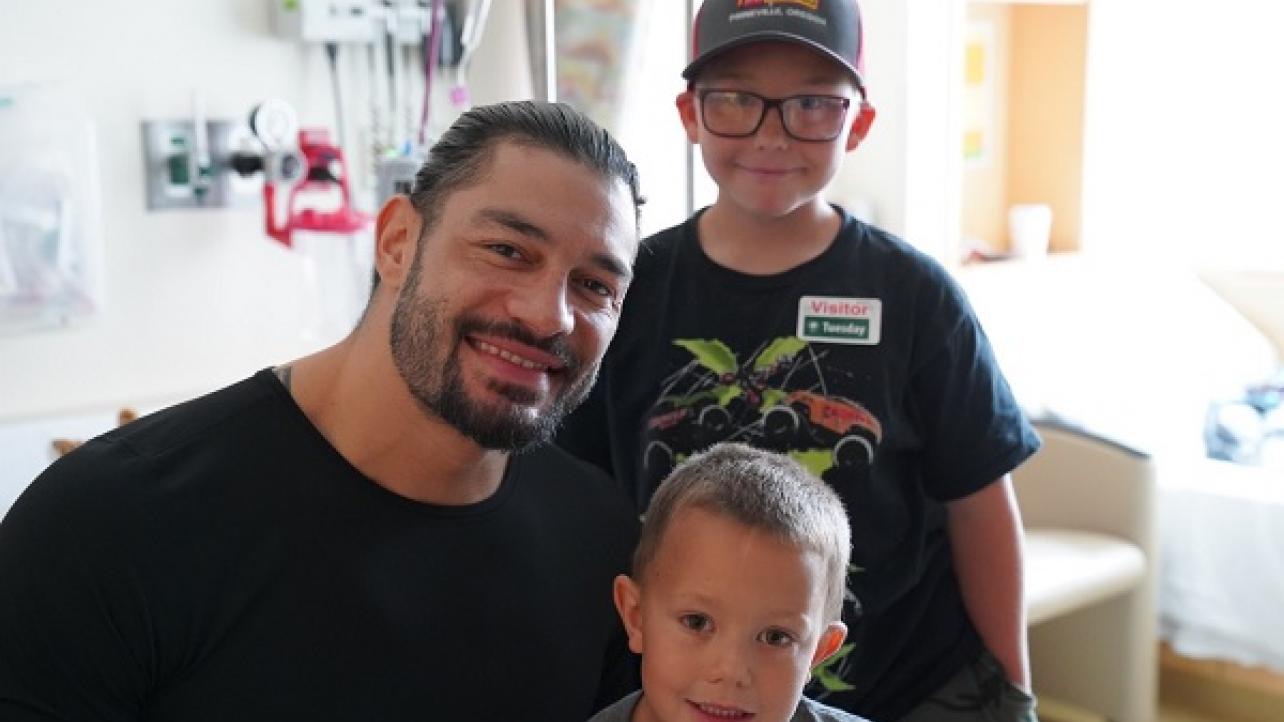 – WWE released their latest “Gold Bond” advertisement on their official Twitter page on Tuesday. Check out the video below.

– Roman Reigns took some time out of his busy schedule recently to visit the Doernbecher Children’s Hospital. WWE posted some photos from “The Big Dog’s” visit on their WWE Community Twitter feed on Tuesday. Check them out below.

A #Champion overcomes all obstacles in their path – no matter the odds. @WWERomanReigns met with so many brave children at @OHSUDoernbecher today who are all Champions in his eyes! #BelieveInTheFight pic.twitter.com/cy4KDtGa4a

– Speaking of the WWE Community Twitter feed, they also posted this video today regarding WWE’s efforts with Global Citizen, a company that is a movement of engaged citizens who are using their collective voice to end extreme poverty by 2030.

The @WWE Universe and @GlblCtzn believe the world is a better place when #SheIsEqual. Join us and earn a chance for free tickets to see #WWE events! https://t.co/9aDT14p5BM pic.twitter.com/nFyfRk6F7J