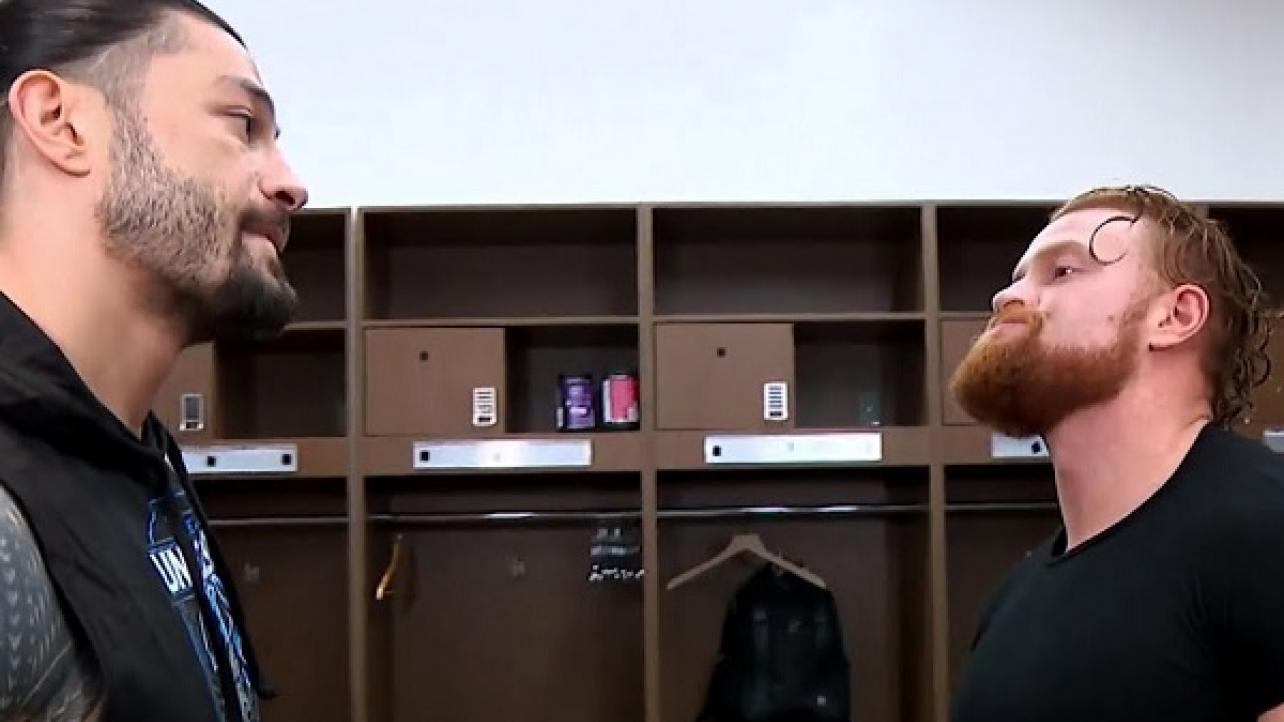 Apparently Roman Reigns vs. Buddy Murphy was in serious discussions to be added to the lineup for this Sunday’s WWE SummerSlam 2019 pay-per-view at the Scotiabank Arena in Toronto, Ontario, Canada.

According to the @WrestleVotes Twitter account, there were discussions that took place on Tuesday evening about adding a Roman Reigns vs. Buddy Murphy match to the SummerSlam card.

This would have been set up based on the angle at SmackDown LIVE, but isn’t certain to happen.

WWE SummerSlam currently stands at ten matches, with the possibility of a couple of additional matches being added.

Make sure to join us here at eWrestling.com this Sunday for live WWE SummerSlam 2019 results coverage!

There were discussions last night about adding Roman Reigns vs Buddy Murphy to the SummerSlam card after the angle that went down on SmackDown. Source said it wasn’t decided either way yesterday, but it remains a possibility as we get closer to the show this weekend.