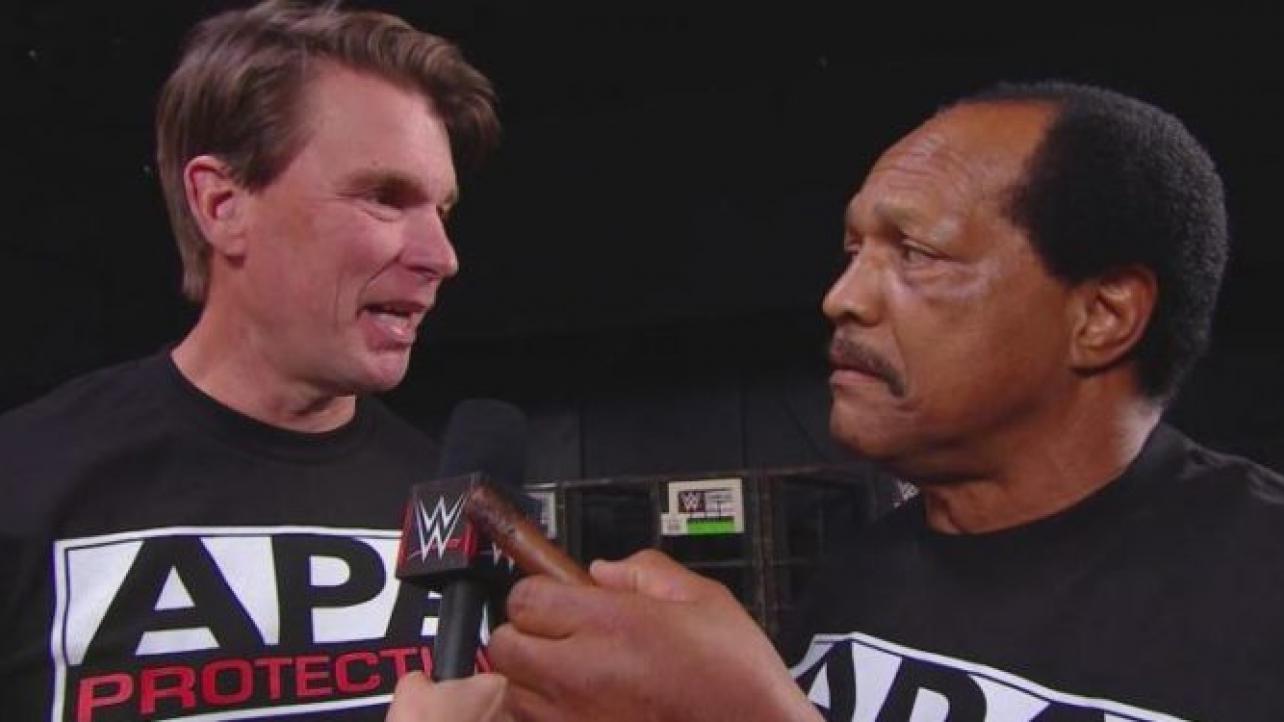 As noted, Ron Simmons recently appeared as a guest on the “Stories With Brisco & Bradshaw” podcast for an in-depth interview.

In addition to the highlights we previously published from the interview here on the website, the WWE Hall of Fame legend also spoke at length during his appearance on the popular pro wrestling program about his days as one-half of APA alongside Bradshaw (JBL).

Featured below is an excerpt from the interview where Simmons reflects back on his days as part of an established duo alongside Bradshaw in WWE.

“If you’re going to move forward in this business and not owe it anything, you’ve got to move forward and try to break barriers down. Of course the people can already see different than color in you. You don’t have to come down and beat it down their throats all the time. They came to us and said they wanted it to be black and white and we said ‘no, we’re not going to do that.’ Because if they had started that out with John and I together, we wouldn’t have morphed into the APA and being who we were. It would’ve been along color barriers, and it would’ve been the wrong thing to do. That’s why we got out there and we did what we did. We didn’t have all the gimmickry, we went out there and worked very hard at what we did. And we worked well together as a tag team. We didn’t mind going out and doing jobs when we had to do it. We did what it took, and that was come out, put over the people we working, give the people a great show and work together as a tag team. We weren’t going to make it a race thing. Secondly, I had already had the success in this business already from tag teams and being in some singles. I had known John’s background, I’d watched his path and he had worked every hard in everything he strived to do. It was like ‘now let me be more of a professional and enhance his stock. Cause I’m getting older now and my time is winding down. Let him have his opportunity to do the things that I’ve already had the opportunities to do.’ That’s the way you should do it, and that’s the kind of guy that I’ve always been.”

Check out the complete interview below, or at Apple.com. H/T to 411 Mania for transcribing the above quotes.