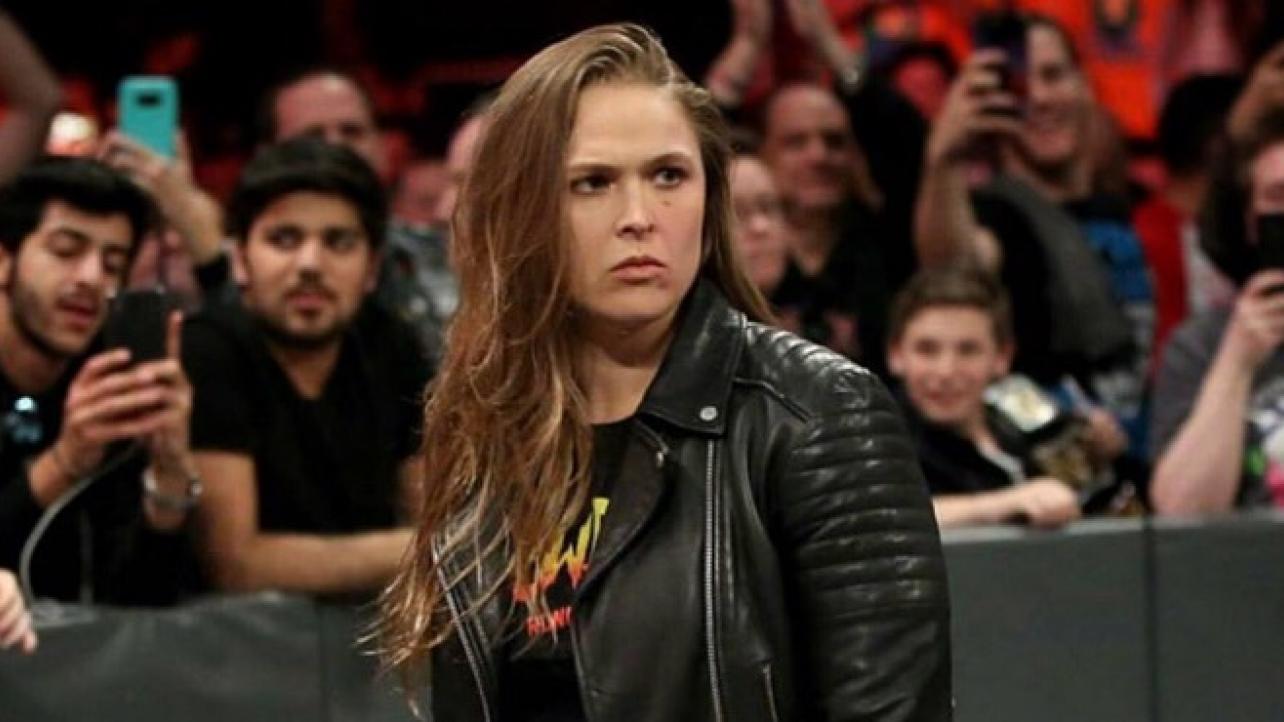 “Rowdy” Ronda Rousey recently spoke with the folks from Metro to promote next month’s WrestleMania 34 pay-per-view at the Mercedes-Benz Superdome in New Orleans, Louisiana. Featured below are some of the highlights from the interview.

On if she wants to see CM Punk return to WWE and possibly working a storyline with him: “I think everybody on Earth would love to see him back in WWE, and I would completely fall all over myself and be honoured if he wanted to be involved with me in any way, shape or form. But also, it’s not all about everyone else. It’s his life and it’s about him. He’s doing what he enjoys, what he’s passionate about and what brings out the best of him.

“I’m sure there’s a lot of people that wish I would come back to fighting, but you know what, I don’t fight for them, and he doesn’t wrestle for us. He should do what he wants to do and what makes him into the person he feels like he’s meant to be. If that’s fighting right now, then all the power to him. Fight to your hearts content. Everyone in the world knows he has a gift for wrestling and he has something special, and if he ever feels like sharing it with us again, then hell yeah, please, even if it’s not with me, I just hope I’m there to see it. If he never wants to get back in that ring again, he has every reason not to, and all the respect in the world from me.”

On the main differences between UFC’s Dana White and WWE’s Vince McMahon: “Dana is one of my best friends and is somebody who I can call up any time and say let’s go for dinner, or drinks or even something completely random like asking him to fly to India, and he’d consider it. I don’t even have Vince’s number! It’s a very different relationship, I highly respect Vince and very much appreciate the opportunity he’s given me but it’s more like, if I can get a handshake from him and him telling me I’ve done a good job, that totally makes my day.

“With Dana, I’d expect him to grab me, hug me, pick me up and shake the hell out of me! If Dana just shook my hand and told me good job, I’d be like ‘what the hell Dana, that’s it?!’ But with Vince McMahon, I’d be like ‘oh my God, Vince McMahon shook my hand and told me I did a good job!’ It’s very different, I have a much more personal relationship with Dana, and a very professional relationship with Vince.”

Check out the complete Ronda Rousey interview at Metro.co.uk.