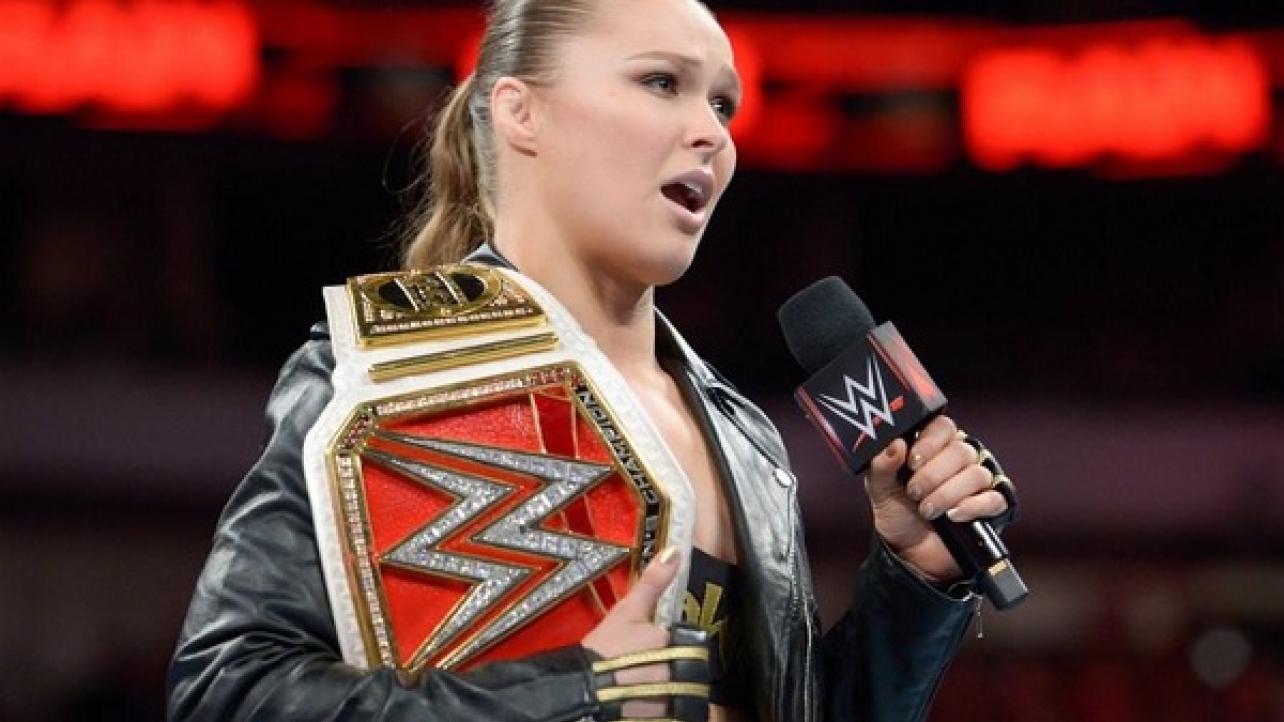 Ronda Rousey recently did an interview with ESPN where she touched on the recent rumors of her “leaving” WWE to start a family. Here are some highlights and a link to the entire article is at the end:

On the rumors of her leaving WWE to start a family: “I honestly don’t know why [anyone] feels like [they’re] an authority to speak on the plans for my uterus. If I responded every single time the world speculated what I was doing with my womb I would not have a free moment in the day. I really don’t feel like I should have to respond to that kind of thing. It’s my vagina, my life, keep the speculations to yourself. Leave me and my reproductive organs alone.”

On her desire to start a family: “I’ve not kept it a secret that I would definitely want to start a family. But how do you go about doing that? I love this way more than I thought that I would. So do you just keep going until you just happen to get pregnant? Or should you stop and go try and get pregnant? Or is going and trying to get pregnant putting yourself on the spot and then you’re less likely to get pregnant? I’ve never had a baby before, I don’t know these kinds of things. It would be kind of cool to just keep acting and then one day, ‘Hey, surprise twist, I’m pregnant.’ That would be fun. There’s a lot of things up in the air. A lot of decisions that we’ve gotta make as a family. I’m trying to figure it out as I go along.”

Check out the complete Ronda Rousey interview at ESPN.com.