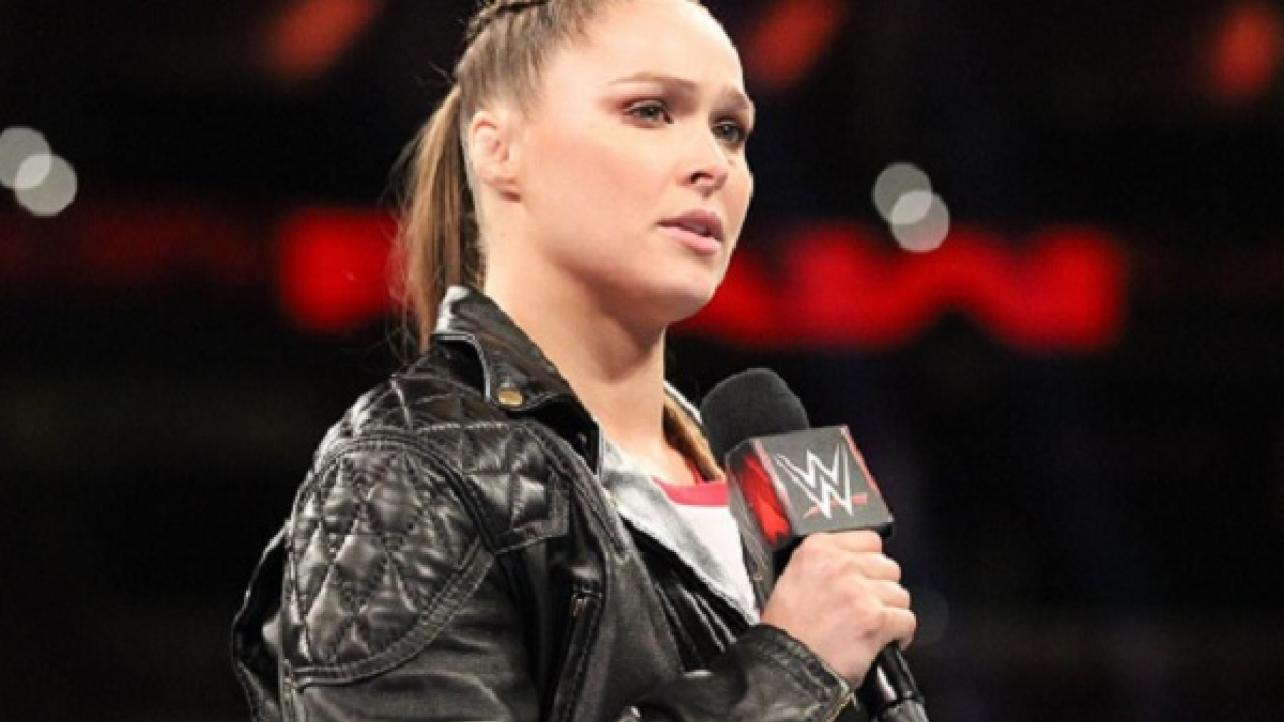 Ronda Rousey underwent surgery on her right little finger on 4/14 and remains out indefinitely not due to that injury but an “impregnation vacation” as she states.

Rousey remains under WWE control for another two years, but according to the Wrestling Observer Newsletter, there is no guarantee she will ever be back.

The expectation internally though is that Rousey will return at some point, perhaps working a John Cena or Brock Lesnar type schedule, with the peak being a one-on-one singles match against Becky Lynch.

The obvious destination for that would be WrestleMania 36, however, if Rousey gets pregnant this year, that would be an almost impossible timetable to make work.