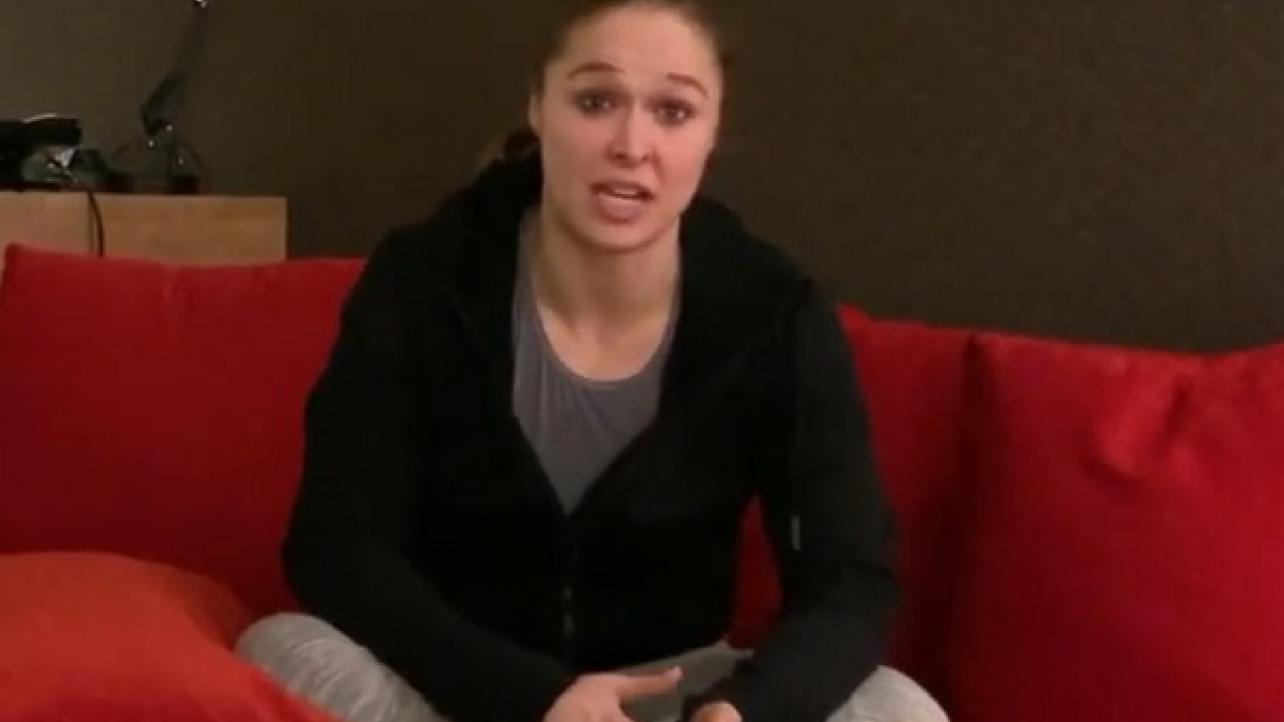 RAW Women’s Championship “Rowdy” Ronda Rousey recently released her regular Q&A video on her official YouTube channel. Featured below are some of the highlights of topics the UFC Hall Of Famer and WWE Superstar spoke about during the latest installment.

On the possibility of using leg submissions on Becky Lynch’s injured leg when they meet at WrestleMania 35: “You’re saying because of her leg thing? Hopefully, Becky doesn’t even have any problems at all going into WrestleMania and is completely healed, that’s what I’m hoping for. It’s just not my style. It just seems cheap to me. I have bad knees, so if someone goes after my knees, I’m just like ‘f*ck you.’ I could seriously rip somebody’s arm off and throw it across the f*cking room and be fine with that sh*t! The idea of knees makes me queasy. I don’t like it.”

On not being included in the Women’s Elimination Chamber Match to crown the first-ever WWE Women’s Tag-Team Champions: “I’m disappointed that I and Nattie aren’t even in the running for the tag title at the moment. I understand there’s just a lot going on right now. I understand that there a lot of other teams who are much more established than ours. We’re much newer. She’s still teaching me how to do stuff when we’re out there. There are so many women in this company that have been doing so much extraordinary work for so many years and really deserve a shot at that title. I would be very honored to be the first challenger that they have with Nattie. Hopefully, we will be champions at some point.”

Check out the complete Ronda Rousey Q&A video below.