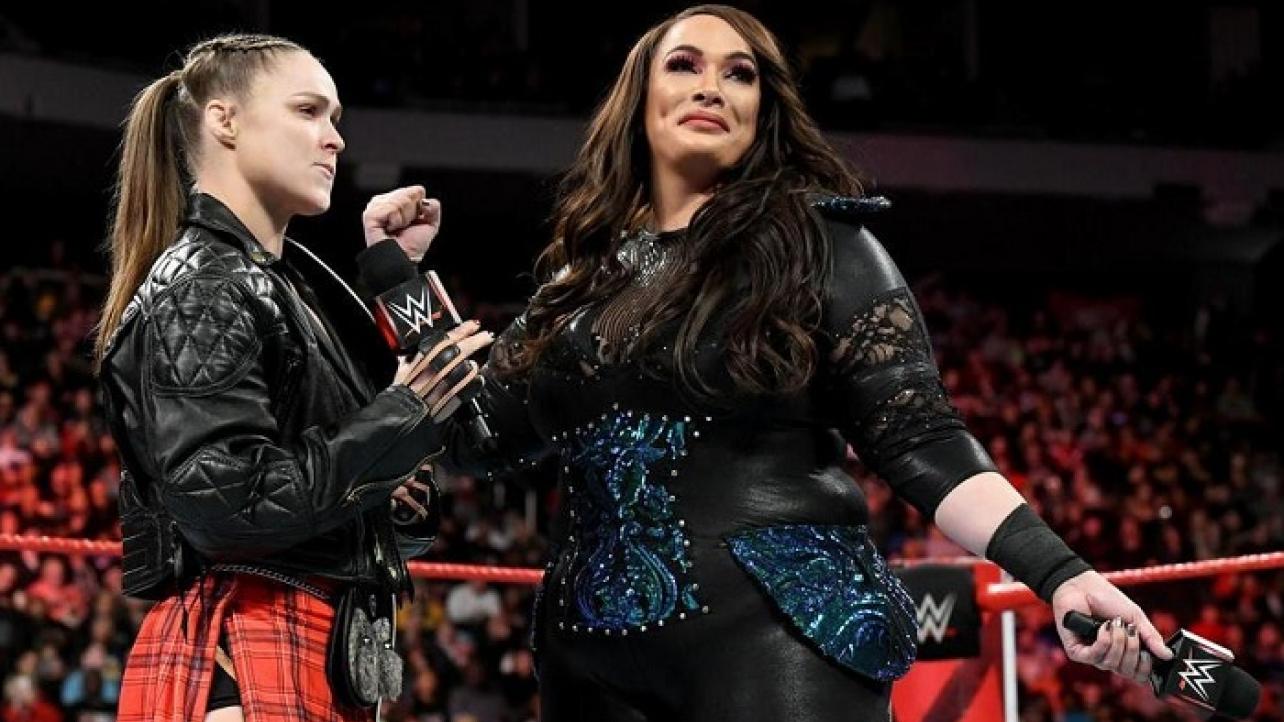 Ronda Rousey is not expected back in WWE anytime soon though she remains under contract to the company until next spring.

If and when she does come back depends primarily on her plans to start a family and getting pregnant, and if she chooses to return to WWE, the most likely return would be at the Royal Rumble 2020 before setting up a final match at that year’s WrestleMania in Los Angeles.

Her name has begun to be mentioned within WWE, both on TV and among some of the members of the women’s division. Nia Jax, for example, mentioned wanting to “knock out” Rousey and then last night after Raw, called out Rousey again.

This is very obviously for storyline purposes because if it wasn’t okay with WWE officials, they would have put a stop to it after the first tweet.

Apart from a potential program with Jax, WWE could also either team her up with Shayna Baszler or go all the way and deliver the much rumored WWE Four Horsewomen vs. MMA Four Horsewomen feud in place before Rousey leaves for good.

We will keep you posted here at eWrestling.com as details regarding this story continue to surface!

Despite all the recent real #UFC/#MMA #fight vs. fake #wrestling talk, do NOT expect former #RAW Women’s Champion #RondaRousey back in #WWE anytime soon — and here’s why …!! (PLUS: Update on #NiaJax‘s #Rousey reference on #WWERaw this week …)