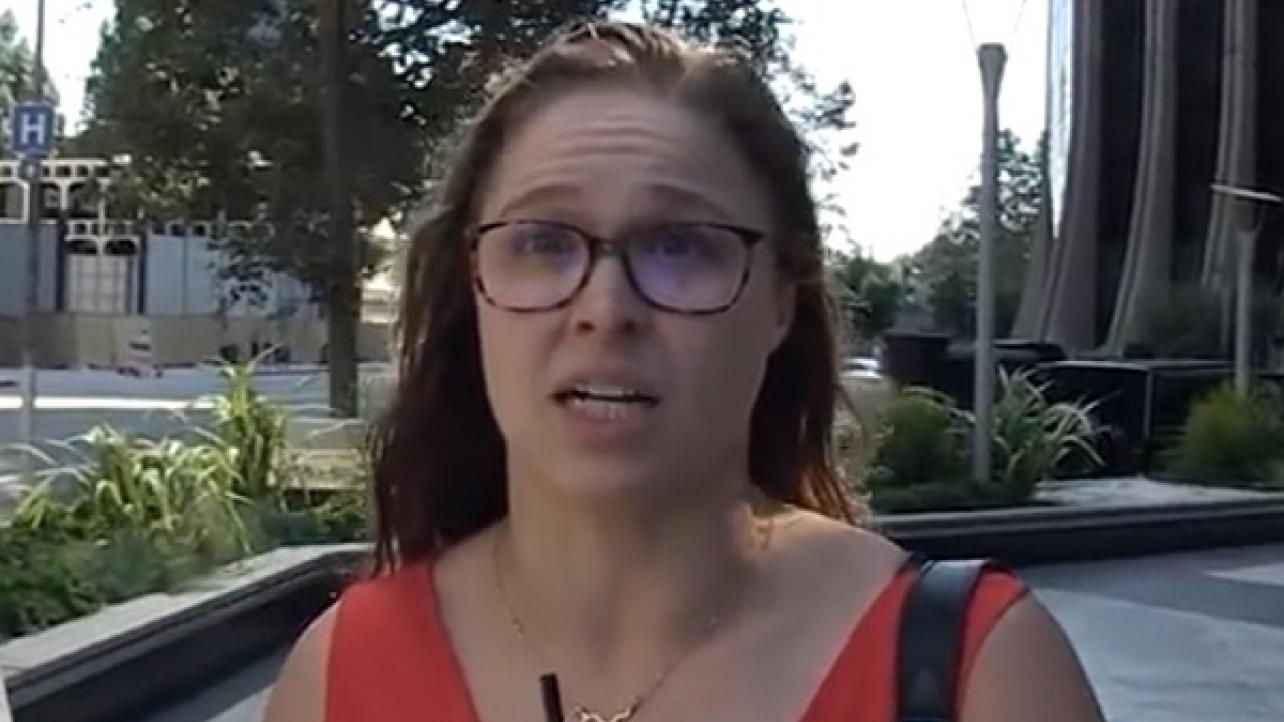 RAW Women’s Champion Ronda Rousey recently appeared as a guest on the PWI Podcast for an interview. Featured below are some of the highlights.

On Sasha Banks being her dream opponent: “I would really love to wrestle Sasha Banks. I think I’ve just been so impressed watching her work, and see her in the back, and see her work. And I was already a fan of her’s before. I think that we would be able to make something great together and I think she has given a lot of women their best matches ever. But I almost feel like I’m not at the right level yet for her. I really think that we could make something really special and really great, but I don’t know that I’m at the level that’s ready for that yet and I don’t know if the company would ever like that, but in a perfect world, I would definitely love that for sure.”

On wanting to see as many women’s matches in WWE as men’s: “I would just like to see women represent 50% of the roster and 50% of every card. I don’t think that’s too unreasonable. I think that’s a far way down the line, but I think it’s a good goal to pursue.”

Check out the complete interview at Podbean.com.