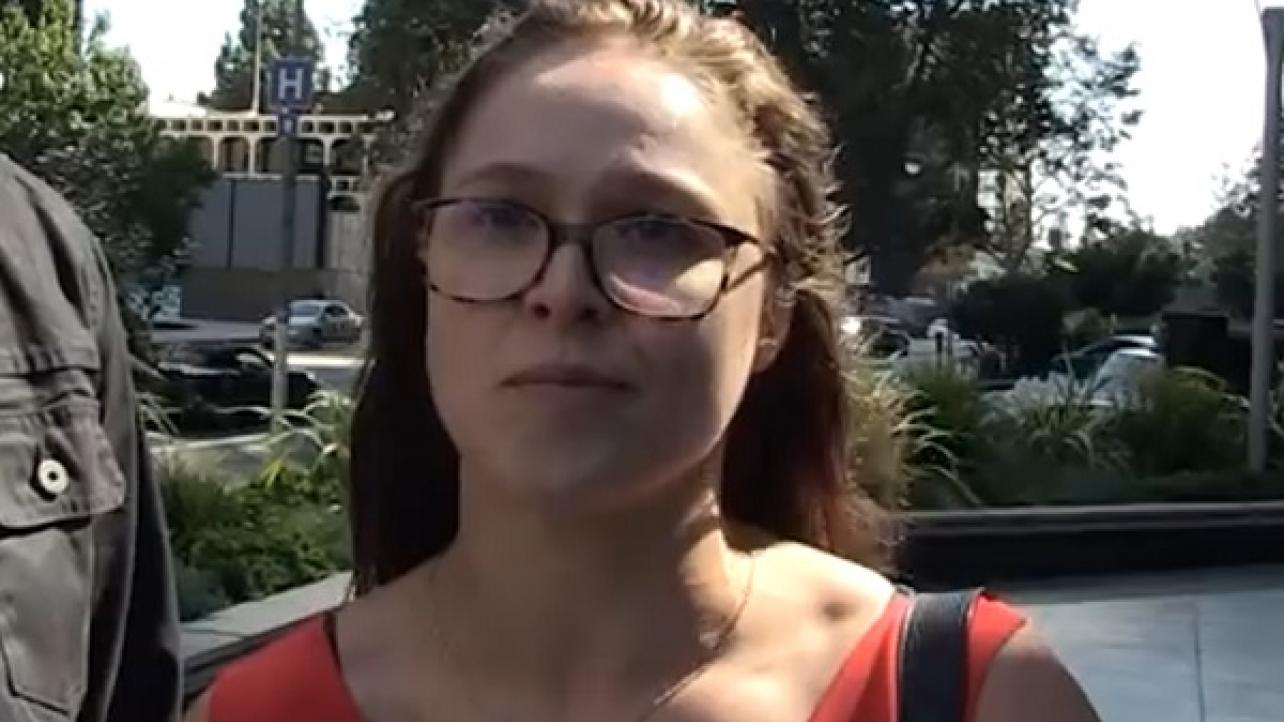 Ronda Rousey recently spoke with the folks at TMZ Sports and gave her side of the story regarding the recent major incident between Khabib Nurmagomedov and his team, and Conor McGregor and his team at the UFC 229: Khabib vs. McGregor pay-per-view event in Las Vegas, Nevada earlier this month.

The RAW Women’s Champion gave her take on things, explaining how Nurmagomedov and McGregor went too far to promote their fight.

“I understand promoting fights,” Rousey said. “I really do. I get it. But I don’t think people have to get arrested in order to do that. I think I’ve been able to prove that you can make a fight exciting and make people really wanna see it without crossing any legal lines. I’m glad it was a great match. I’m sorry it’s kind of soured by the aftermath.”

“Their performances aren’t going to get enough credit because of what happened and I really hope it doesn’t become an ongoing trend,” Rousey said. “I want people to feel safe bringing kids to fights.”

Check out the complete TMZ Sports interview with Ronda Rousey below.