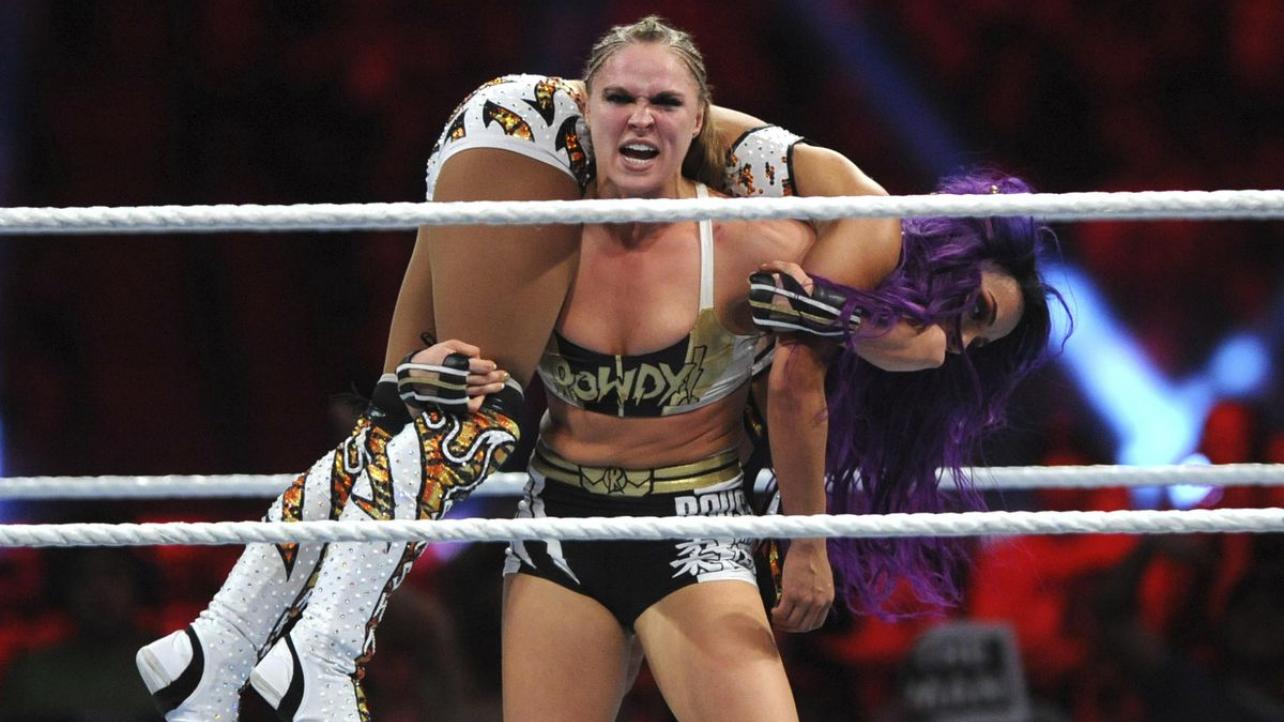 Ronda Rousey sat down for an interview with D-Von Dudley, and discussed her inevitable return to WWE. The two spoke on the Table Talk podcast, where the former Raw Women’s Champion shared which opponents she would like to face when she steps back into the ring. Ronda told listeners:

“I really like having someone really strong that I can work with that I can use as a base but can also base of me. I would really love to work with Rhea Ripley. Whenever I work with somebody, I think, what is it that I could do only with them and they can do only with me. I think of one thing that we can do that is entirely unique in our match that only we can do, which there’s a lot of things I can think of for me and Rhea. Bianca [Belair] too, honestly. They’re both really really strong chicks that I feel like I can lift as well. I think I have the most options with them, and I’m just so glad that there’s some new faces and blood coming into the division as well.”

The former UFC mega-star last appeared in WWE at Wrestlemania 35, where she lost her title in a triple threat match to Becky Lynch, along with Charlotte Flair.

WWE President and Chief Revenue Officer Nick Kahn recently confirmed that Ronda will return to the ring “in the not too distant future”.

Are you excited for the return of Ronda Rousey? Let us know in the comments section!