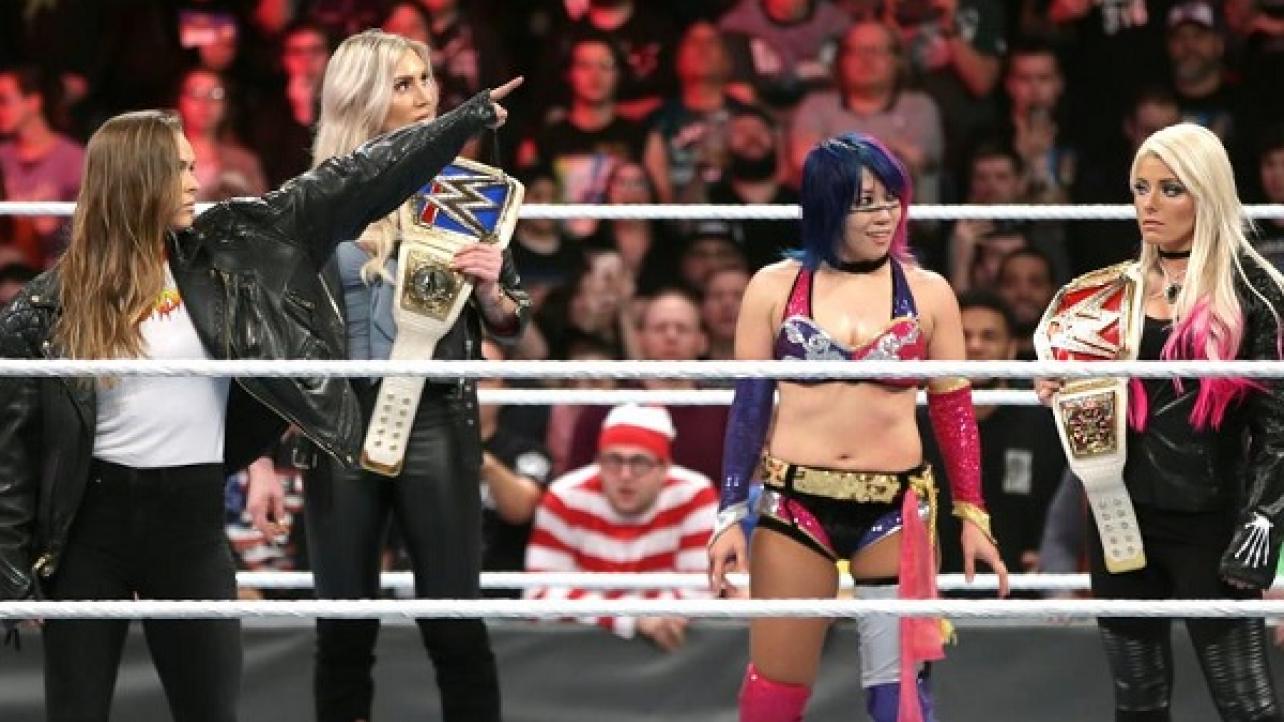 Ronda Rousey recently spoke with the folks from The Mirror to promote next month’s WrestleMania 34 pay-per-view. Featured below are some of the highlights from the interview.

On receiving a positive reaction from the WWE Universe: “I wasn’t expecting that to be honest. In judo I’ve been booed in 30 different countries over 10 years. I never heard anyone cheer for me once, ever. I didn’t know what it sounded like until MMA and even then, I would get booed and cheered, I would never get an overwhelmingly positive response. And I loved that, it was always the crowd competing with each other. I really thought like coming over into WWE, that a lot of people would resent me for it and feel like I didn’t deserve the opportunity and try and do everything they could to sabotage it. I walked out honestly expecting the worst in people. And I received the complete opposite.

“All that emotion on my face was actually real, I was expecting to get booed out of the arena. And I still am a lot of times when I walk out there, ha ha. You know? Because if my relationship with the public in general was a relationship with an actual person, it would be the most dysfunctional relationship of my life and I probably would have took that person out of my life a long time ago. So it’s hard to trust people to not break your heart when you go out there. So I get out there with a very thick skin and ready for everybody to try and like, I don’t know, screw me up somehow… But the open arms I received coming into the industry, it makes me want to cry every time I think about it. And I know any day from now that could switch and they could decide they hate my guts.”

On when she knew she wanted to have a career in pro wrestling and what inspired her: “When I started to get older, like I still really idolized Hulk Hogan for being the biggest, toughest guy on the planet. I didn’t even know there were women wrestlers back then, I thought it was only men, to be honest. But I wanted to be that. I wanted to be Hulk Hogan. I was a bleached blonde little kid and my sisters made fun of me for being blonde, because both our parents were brunette, like ‘you’re adopted!’ You know, he was the bleached blond, toughest guy in the world, I felt like I was like him. I found out later wrestling was scripted and it broke my heart, ha ha. I kind of fell away from it for a little while, but I still had that dream of wanting to be the biggest, toughest guy in the world. I started doing judo, that was how I was going to try and do it, and then started doing MMA, and that was how now I was going to try and do it. When I was doing MMA, I met up with [WWE NXT superstar] Shayna [Baszler] and Jessamyn [Duke] in Ultimate Fighter, and we all started living and training together. At the end of the day, we didn’t want to sit around and talk about fighting, we didn’t want to watch sparring footage, Shayna would have us – I didn’t even know how to operate my own television, I couldn’t even put it on – Shayna was the lord of the television and every single night we were watching wrestling. That became our group activity at the end of the day, we would train all day, then run home to all watch wrestling together. It kind of like brought it back into our lives as an escape from all the stresses of everything else. And I really got to almost be reintroduced to the industry.

“When I was a kid I felt so bad when I found out it was scripted, but as an adult, I understood, how intricate and complex and almost more difficult it is, because it’s not… because it is scripted, there’s so much more of an art to it that I didn’t really realize. I think I had to be older to have that point of view and I had to have already been a fighter to give it that respect. It’s really been a journey to get here. After a while it became that watching WWE became my escape from the stresses of fighting. It slowly became more and more where I felt like I wanted to be and slowly I started to let go of my denial and face up to the fact that everything in my life, I feel like has led me here. And everything happens for a reason. I look back on this path as the perfect recipe to be where I’m at.”

Check out the complete Ronda Rousey interview at Mirror.co.uk.