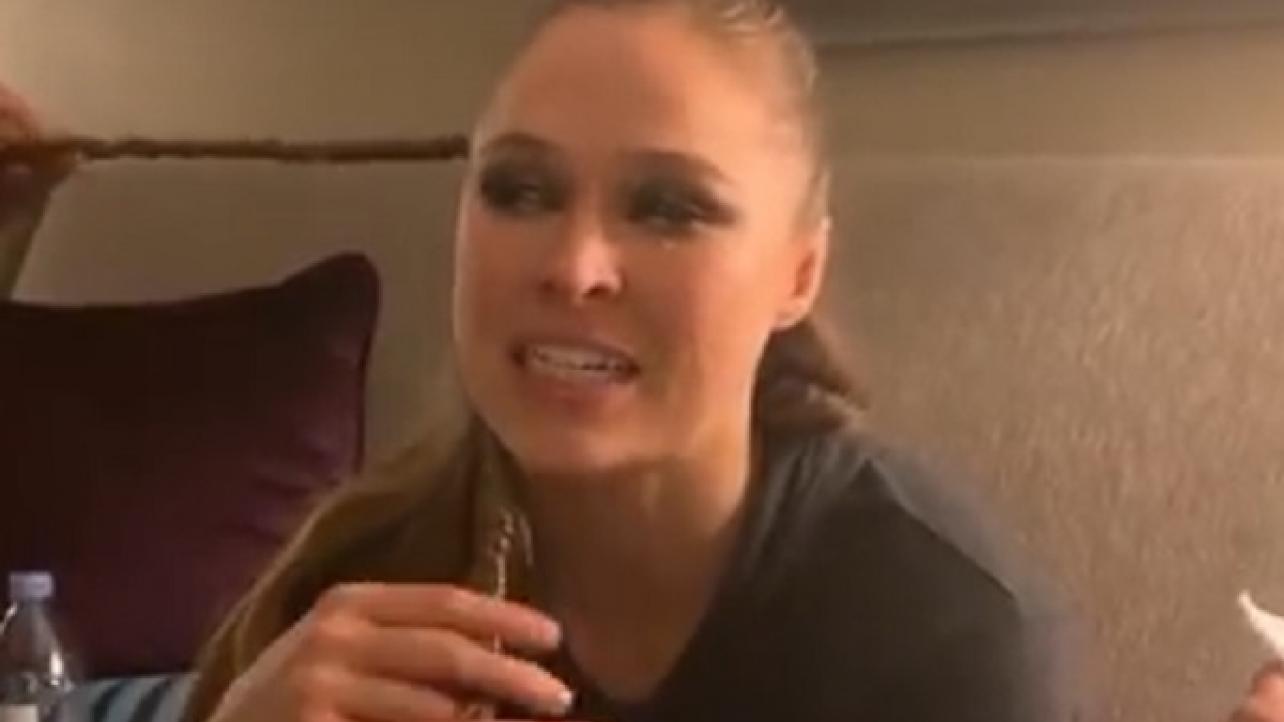 Ronda Rousey Talks About Being A Heel Now, Reaction To Breaking Kayfabe (Video)

Ronda Rousey released the latest episode of her YouTube series, “Ronda on the Road” on Sunday. During this week’s edition, the RAW Women’s Champion explains her actions at WWE Fastlane, talks about being a heel and breaking kayfabe. Featured below are some of the highlights.

On why she got involved in the Charlotte Flair vs. Becky Lynch match at WWE Fastlane 2019: “I saw that Charlotte was going to put the Figure 8 on Becky, and no ones ever gotten out of that. Becky received the first actual beating she’s ever gotten in her life this past Monday and so I wouldn’t put it past her to throw the match so she could try and save face and be like ‘oh my knee was hurting.’ I saved her fragile face for a reason ya know? I wanted her to be able to be at WrestleMania and get the first head-to-toe ass beating of her lifetime.”

On what would happen if any other Superstar broke kayfabe the way she did and why fans might not like her for that: “Yeah…well I think they would have gotten fired. Maybe it’s the double-standard that’s pissing people off.”

Check out the complete episode of Ronda on the Road below.

Ronda Rousey Talks About Being A Heel Now, Reaction To Breaking Kayfabe (Video)