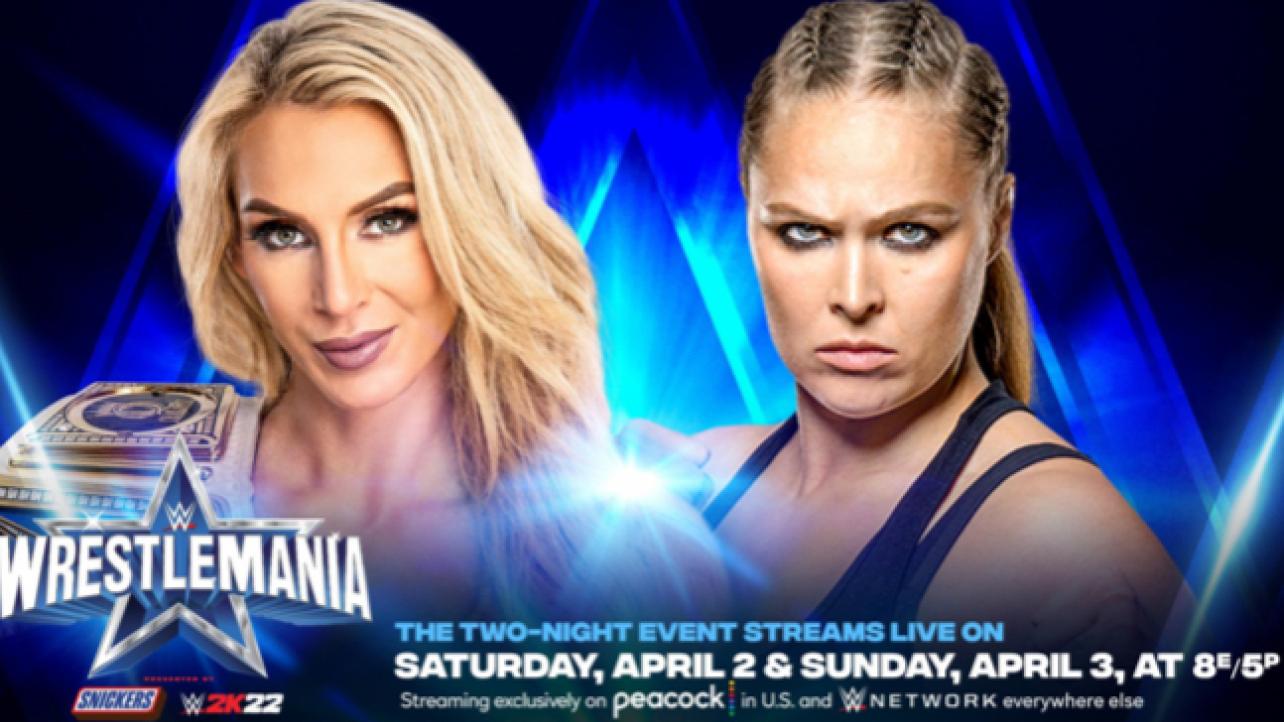 Ronda Rousey continues to make the media rounds as she prepares for her scheduled match against Charlotte Flair for the SmackDown Women’s Championship at WrestleMania 38 this weekend.

During a recent Facebook live stream to promote “The Most Stupendous Two-Night WrestleMania In History,” the women’s MMA pioneer spoke about the creative process being fluid as the company builds up her title showdown at their biggest show of the year.

“Actually, not true. A lot of things change all the time. People have an idea of what they want overall months in advance, but as things go along, and a lot of the time the audience has a lot to do with it and the reception, things do change. Sometimes things change in the ring where people think it’s going to be one thing and then the ref is like ‘nope, this is what’s happening.’ And it’s not as set in stone as you would think. We get curveballs all the time.”

Check out the complete live stream at Facebook.com. H/T to WrestlingInc.com for transcribing the above quotes.