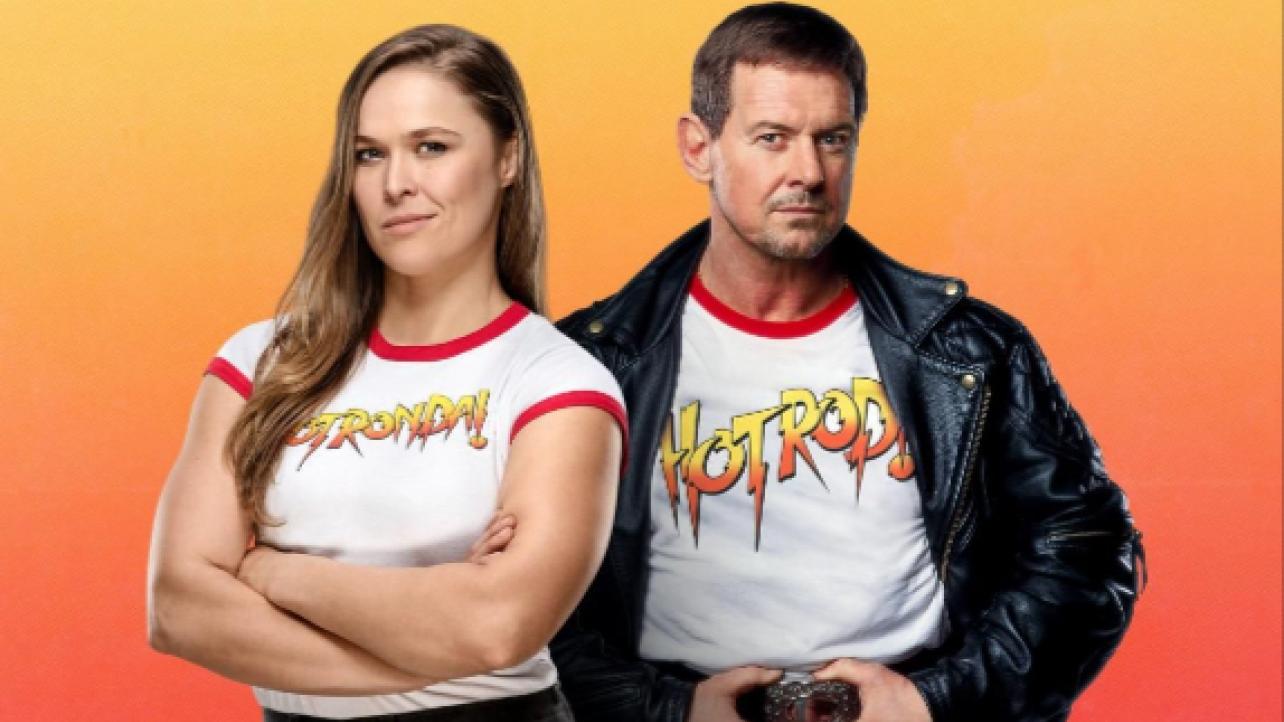 Ronda Rousey Talks About Her Love For Roddy Piper, If It Was Hard To Walk Away From MMA

Was it hard for “Rowdy” Ronda Rousey to walk away from the Octagon?

The Women’s MMA pioneer spoke about this, as well as her love for the late, great “Rowdy” Roddy Piper during a recent appearance on The DC Check-In with fellow MMA legend Daniel Cormier.

Featured below are some of the highlights from the interview where the UFC Hall of Fame legend and SmackDown Women’s Champion touches on these topics with her thoughts.

On whether or not walking away from the sport of MMA was difficult for her to do, and how she got to the point in her UFC career that she no longer wanted to compete in the sport but continued to do so to please others: “I think it was difficult in both judo and MMA, in that everyone else felt that they wanted more from me. In judo, you peak in your mid-twenties. I medaled at 21 so I was going to be 25 for the next Olympics. Everyone’s like, ‘this is it, you’re going to be the first woman to win an Olympic gold,’ and I didn’t want it anymore and I couldn’t do it for everybody else. I think that’s a mistake that I made with MMA was when I got to that point where I didn’t want it anymore, I kept doing it for everybody else. I think to be at that top level, you kind of have to be a people pleaser, you know? You want to please your coach, you want to please your parents, you want to please everybody watching. It’s one of the things that makes you excel but it’s one of those things that, it can be an obstacle a lot of times. Knowing when is the right time to walk away, it’s got to be your decision because not everybody else is going to come to a consensus and nobody knows what you’re actually going through and what it actually takes.”

On her love for the late, great “Rowdy” Roddy Piper and the possibility of a heel turn in WWE — something she assumed was happening when she returned at the Royal Rumble earlier this year: “He was the real heel though, who wanted you to hate him. He wasn’t the cool guy heel. That jacket that I wear that is a replica of his jacket is actually stab-proof because people would try to stab him. That’s the kind of heel I want to be. I want to be the kind of heel that really inspires that vitriol and really gets the other person liked. I think a lot of people forget that the job of the heel is to get the babyface over, not for everyone to think that you were a cool heel. I was supposed to come back [to WWE this time] as a heel. [After my return at Royal Rumble] Vince McMahon was like, ‘well, they pop for her real big so she’s a babyface.’ So, I recorded a heel interview after and everyone was like, ‘what the hell?'”

Watch the complete Ronda Rousey interview with fellow UFC Hall of Fame legend Daniel Cormier on The DC Check-In via the video embedded below courtesy of the official YouTube channel of the UFC broadcast member and former UFC Heavyweight & Light Heavyweight Champion. H/T to WrestlingInc.com for transcribing the above quotes.

Ronda Rousey Talks About Her Love For Roddy Piper, If It Was Hard To Walk Away From MMA