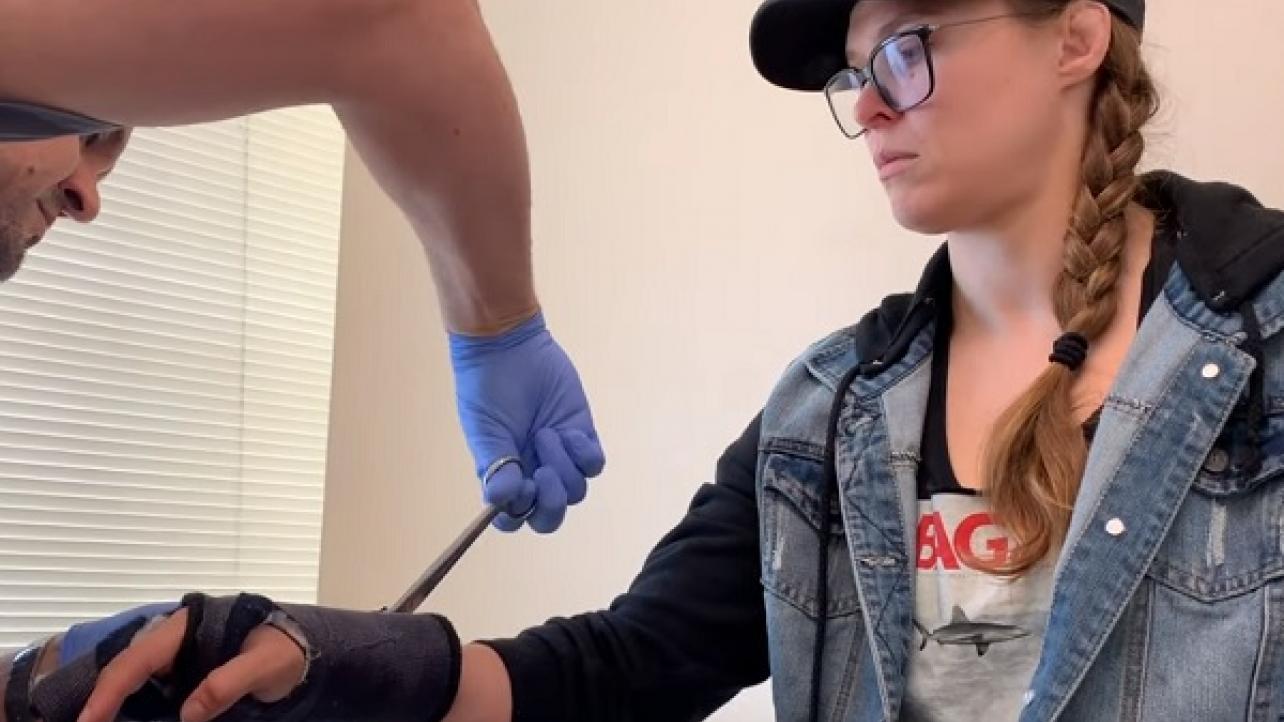 Ronda Rousey has always had her hand’s full, but over the past year or so, those hands have taken a beating! During a recent interview, “Rowdy” Ronda spoke about this subject in great detail.

Former Raw women’s champion Ronda Rousey appeared on FyzioGym and Revolution Physical Therapy Youtube channel to talk about rehabbing her injuries from her triple-threat WrestleMania main event, and the accident she suffered on the set of the FOX drama 911 that saw the Rowdy One nearly lose her finger. Highlights are below.

On breaking her hand while punching Becky Lynch

“I broke my hand…I’d say probably in the middle of my WrestleMania main event match. I was trying to punch this girl in safe spots, which is basically the arms and the torso, and in-between switching from arms to torso I caught her elbow with my pinkie and shattered it. Not only did I shatter my knuckle but I did God knows what else to it after I shattered it. They pretty much had to smoosh all of the parts that they could together and put two pins in it. Now it’s all the way back and I’m super stoked.”

How she deal with the injury from the 911 accident

“I had to deal with an open wound and I had to deal with a really big infection risk because the bone was exposed. I had to be kept in the observation overnight. It was actually pretty nice that I didn’t have to wear a cast. I could have a brace, have it opened to the air and clean it, and scratch it. I hate casts.”