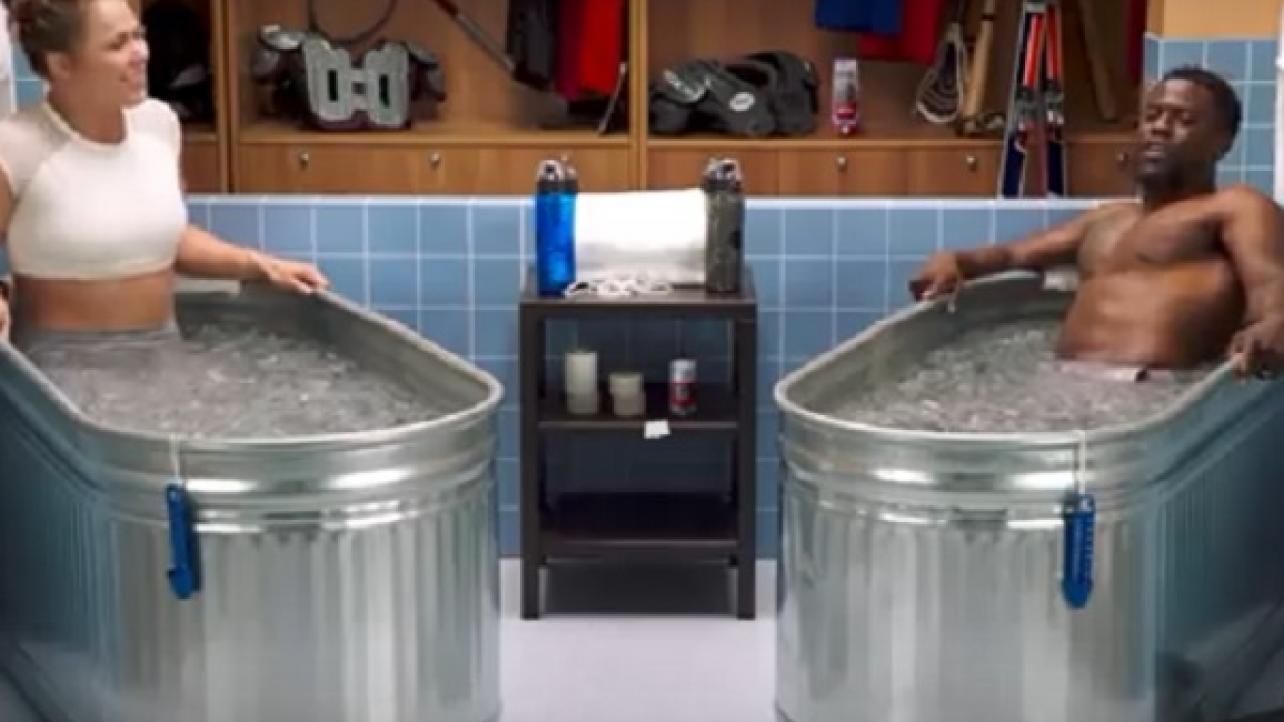 Ahead of this Sunday’s WWE Royal Rumble 2019 pay-per-view at Chase Field in Phoenix, Arizona, WWE RAW Women’s Champion Ronda Rousey appeared as a guest on Kevin Hart’s “Cold As Balls” show for an interview. Featured below are some of the highlights.

On being an Olympic Judoka: “I won the Pan-American Games at 16 years old and then I won the Olympic trials. Then that August was my first Olympics (2004) and I got screwed over. It was the referees, it wasn’t the girl’s fault. I’m still mad about it, but it’s okay.”

“I threw the girl flat on her back and then the referee and the two judges pretended like it didn’t happen. I was a completely unknown person from a country that wasn’t very good at judo and I had no business being there and beating that person.”

On her mom not being a fan of her decision to transition to real fighting in MMA: “I told my mom and she said ‘This is the stupidest f—ing idea I’ve ever heard in all my life.’ I told her just give me a year before you disown me. Give me a year to make this work.”

On her original goals in pro wrestling not including being a champion, but instead making a mark on the industry as a whole: “The goal is not to be champion. Roddy Piper’s son told me that belts don’t matter and it’s about stories and storytelling. I really want the WWE and women’s division to be better off because I was there. I wanna be a catalyst and push everything forward and I want people to thank me for being there.”

Check out the complete Ronda Rousey interview on Kevin Hart’s “Cold As Balls” show below.