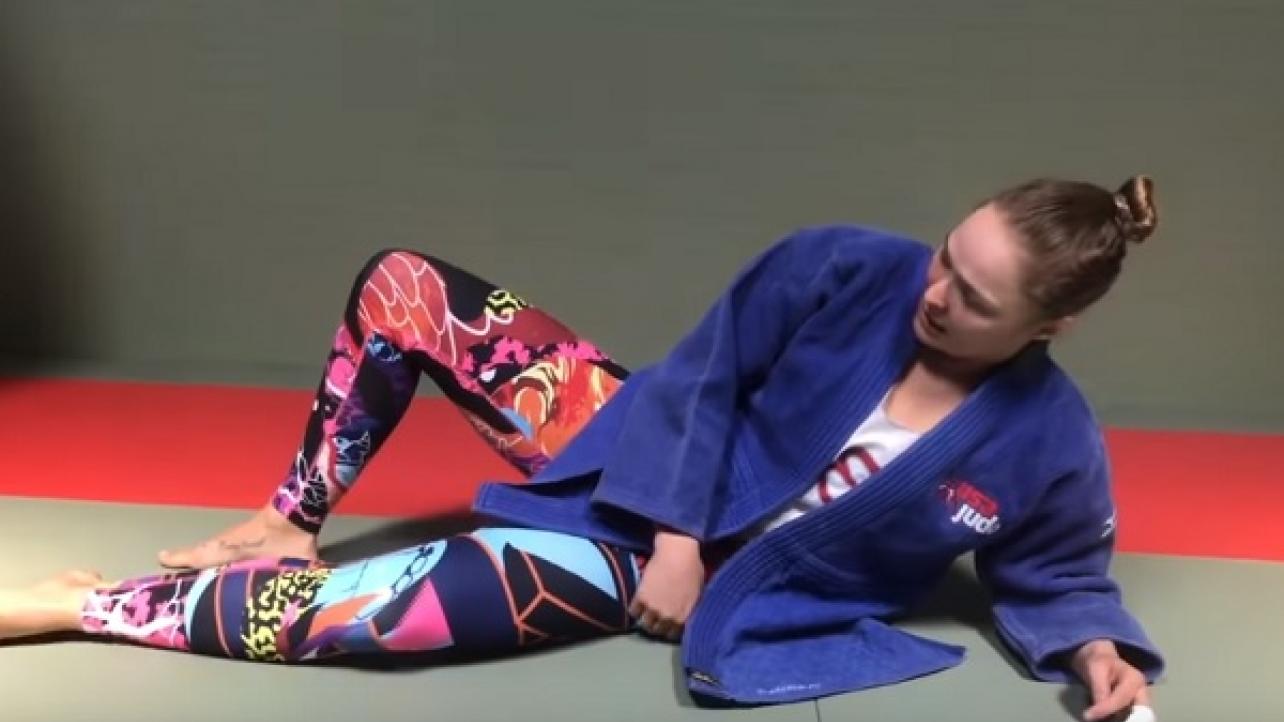 On Wednesday, UFC Hall Of Famer and former RAW Women’s Champion “Rowdy” Ronda Rousey returned to her official YouTube channel with a new video from her “Judo Lesson” series.

The “Ronda Rousey’ Dojo” series has included an ongoing feature called “Judo Lesson,” which features Rousey, a former 70 kilogram Judo bronze medalist for the United States at the 2008 Olympics in Beijing, China, teaching various techniques from the popular martial art.

In this installment, the fifth in the ongoing “Judo Lesson” series, Rousey teaches the “Ukemi Roll.”

The official description for the video, which you can watch below, reads as follows:

Olympian Ronda Rousey teaches an ukemi roll for aspiring judokas to roll through judo throws of their own or from others safely.

It’s all about the follow through. The ukemi roll is perfect for softening the impact of a judo throw, gracefully ending your own technique, or avoiding an attack in the Legend of Zelda. It’s a useful move to master on your RondaRousey.com judo journey.

Join the dojo now for over 70 instruction videos from Ronda herself: https://www.rondarousey.com/dojo/